What is Rett Syndrome?

What is Rett Syndrome?

Rett Syndrome (RTT) is a neurological disorder seen almost exclusively in females. The prevalence of RTT in females is approximately one in every 10,000-23,000 individuals and is found in all racial and ethnic groups worldwide. It is known that RTT can occur in males, but is extremely rare. Recurrence in families is also extremely rare. In these families, males may have a very different pattern including miscarriage, stillbirth or early death due to fatal encephalopathy.

RTT has its clinical onset in most females between 6-18 months of age. Development to that time appears normal.

This is followed by a period of stagnation or regression during which the child begins losing communication skills and purposeful use of the hands. Afterwards, stereotypical hand movements (such as hand wringing or knitting motions), gait disturbances, and a slowed rate of head growth may be observed.

HOW IS RETT SYNDROME DIAGNOSED?

In 1999, a decade-long search for the genetic basis for RTT succeeded in identifying mutations in the MECP2 gene in girls fulfilling the criteria for RTT. This discovery allows confirmation of clinical diagnoses and the development of genotype-phenotype correlations. We are now examining the molecular genetics of children who do not meet all diagnostic criteria for RTT, but who are near the border zones of clinical involvement. At the present time, more than 80% of females fulfilling the criteria for RTT have mutations in MECP2. The remainder either has mutations in, as yet, unexplored regions of MECP2, or is explained by alternative genes.

Predicting the severity of RTT for an individual is difficult because more than 200 mutations in the MECP2 gene have been observed. The range of these mutations result in varying degrees of neurological and physical complications and may also lead to misdiagnosis by health professionals who may not be familiar with RTT. It is most often misdiagnosed as autism, cerebral palsy or other forms of developmental delay. Correct diagnosis is essential to receiving quality treatment. It is strongly suggested to parents that a diagnosis should be obtained through a clinical evaluation, using agreed upon clinical criteria and clinical severity scales.

Most researchers now agree that RTT is a developmental disorder rather than a progressive, degenerative disorder, as once thought. Survival into adulthood is now expected, barring other illnesses or serious physical complications. Girls and women with RTT can be expected to demonstrate a full range of emotions and enjoy satisfying social, recreational, and educational experiences at home and in the community.

Since the identification of the MECP2 gene in 1999, research on Rett Syndrome has made important advances. Through research we have gained a greater understanding of the molecular mechanisms underlying Rett Syndrome which result from MeCP2 dysfunction.

We are dedicated to helping develop better treatments to improve the quality of life of individuals with Rett Syndrome and ultimately find a “cure.”  Treatment is defined as anything that improves the outcome of conditions caused by Rett Syndrome. In addition to therapeutics, this may include assistive technologies, communication, physical therapy and education. We support and facilitate global research into the causes, treatments and an eventual cure for Rett syndrome. 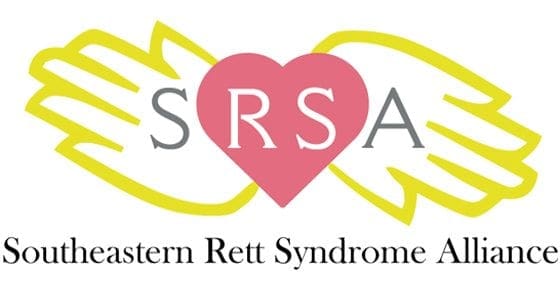 WHO SHOULD I CONSULT IF I SUSPECT?

The Southeastern Rett Syndrome Alliance (SRSA) is a grassroots organization, established in January 2007, to provide a network of information and emotional support for families and caregivers of Rett Syndrome (RTT) children and adults; and to increase public awareness of Rett Syndrome.