What Is Cerebral Palsy?

What is Cerebral Palsy?

A number of disorders of the developing brain affecting body movement, posture and muscle coordination.

Cerebral palsy (CP) is a term used to describe a problem with movement and posture that makes certain activities difficult. Even though someone who has Cerebral palsy has problems moving his or her muscles, this is not because there is something wrong with the muscles or nerves. These difficulties are caused because of problems in the brain. The child might have had an injury to the brain, or had a brain that did not develop properly. These problems can affect the way the brain controls movement and posture.

Simply stated, “cerebral” refers to the brain, and “palsy” refers to muscle weakness/poor control. Although the brain itself will not get worse, people who have cerebral palsy will usually change over time. Sometimes they will get better, and some patients will stay the same. Occasionally they will get worse, usually because of contracture of the joints or changes in the muscle tone.

There is currently no cure for cerebral palsy, however there are different treatment options for people who have cerebral palsy. These options include therapy, medications, surgery, education and support. By taking advantage of one or more of these options, people with cerebral palsy can learn to improve their function and the quality of their lives. 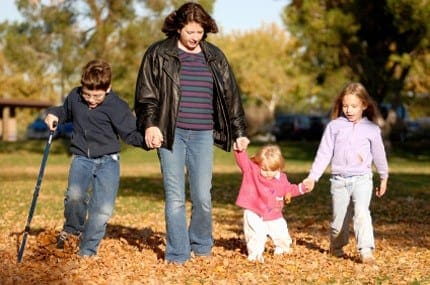 How is Cerebral Palsy Diagnosed?

Parents are often the first to notice that their infant is not developing normally. Infants with cerebral palsy are often slow to roll over, sit, crawl, or walk. When an infant develops more slowly than usual it is called developmental delay.

Some of the skills that infants should have include:

Most children with cerebral palsy are diagnosed by the time they are two years old. But if a child’s symptoms are mild, it can be hard for a doctor to make a true diagnosis before the child is four or five years old. If the doctor thinks a child has cerebral palsy, he or she will probably schedule an appointment to see the child and talk to the parents about their child’s physical and behavioral development.

Doctors diagnose cerebral palsy by obtaining a complete medical history of development and examining the child, paying special attention to the child’s movements. In addition to checking for the most common symptoms — such as slow development, abnormal muscle tone, and unusual posture — a doctor also has to make sure the child doesn’t have something else that could cause similar symptoms.

What’s most important to the doctor is making sure that the child’s condition is not getting worse. Although cerebral palsy symptoms may change over time, children with cerebral palsy do not usually lose function. That means, if a child does seem to be losing motor skills, the problem is probably not cerebral palsy. It more likely a genetic or muscle disease, a metabolism disorder, or tumors in the nervous system. A complete medical history, special medical tests, and, in some cases, repeated check-ups can help confirm whether or not the child has cerebral palsy for certain.

Once the diagnosis of cerebral palsy has been made based on medical history and physical examination, your doctor may order tests to try to figure out the cause of the cerebral palsy (Ashwal et al., 2004). Tests (like MRI scans), that allow doctors to look into the brain, can find problems that may be able to be treated. If it is cerebral palsy, an MRI scan can also show a doctor the location and type of injury to the brain.

This test is used for high-risk premature infants because it is the least intrusive of the imaging techniques. However, it is not as effective as the two methods described below at seeing small changes in “white matter” – which is the type of brain tissue that is effected in cerebral palsy.

This test uses a computer, a magnetic field, and radio waves to create a picture of the brain’s tissues and structures. Doctors prefer MRI imaging because it offers better detail and does not involve radiation.

On rare occasions, metabolic disorders can be mistaken as cerebral palsy and some children will require additional tests to rule them out.

To confirm a diagnosis of cerebral palsy, a doctor may send a child to other doctors who have specialized knowledge and training or to specialty clinics where these doctors work with a team of health professionals who specialize in working with children with cerebral palsy and other developmental delays. These doctors might be child neurologists, developmental pediatricians, ophthalmologists (eye doctors), or otologists (ear doctors). Additional observations by these specialists can help the doctors make a more accurate diagnosis and begin to develop a specific plan for treatment.

A person with cerebral palsy may exhibit one or more of the following effects:

An individual with cerebral palsy may also exhibit:

At this time, there is no cure for the developmental brain damage that causes cerebral palsy. Training and therapy, however, can help improve muscle function and coordination. Studies have found that children who receive early intervention services are more likely to lead a typical life.

Although there is no cure, recent advancements in neurological studies have vastly expanded our knowledge of brain development, and are allowing researchers to explore new treatments focused on the protection and care of children with cerebral palsy and other developmental brain disorders that strike early in life.

Although cerebral palsy cannot be cured, treatment will often improve a child’s capabilities. Many children with cerebral palsy go on to enjoy productive adult lives if their disabilities are properly managed. In general, the earlier that treatment begins the better chance the child has to learn new ways to accomplish the tasks that challenge them.

There is no single therapy that works for every child who has cerebral palsy. A team of healthcare professionals and community-based providers can help identify specific needs and develop a plan to help improve your child’s quality of life.

Who is on the team?

Other health care professionals may include:

Founded over 60 years ago by parents of children with cerebral palsy, today United Cerebral Palsy (UCP) is a leading service provider and advocate for children and adults with disabilities. The UCP mission is to advance the independence, productivity and full citizenship of people with disabilities through an affiliate network. This includes approximately 100 local service providers reaching over 176,000 individuals daily in the U.S., Canada, Scotland and Australia. The national office in Washington DC advocates on behalf of individuals with disabilities; advances federal disability public policy (Disability Policy Collaboration and develops forward-thinking programs like My Child Without Limits. For more information, please visit www.UCP.org. 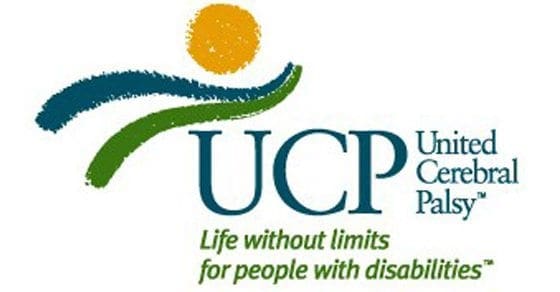 About My Child Without Limits

Developed by United Cerebral Palsy (UCP), My Child Without Limits is an online resource and community for parents, families, professionals and caregivers of children ages zero to five, who are newly diagnosed with a disability or developmental delay, available at www.mychildwithoutlimits.org. The Web site provides access to accurate, user-friendly and relevant disability-related information, resource guides, and experts on early intervention and family support and guides visitors to:

My Child Without Limits provides a full overview of cerebral palsy and other disabilities: