Developing Your Own Network

LISTEN TO AUDIO VERSION OF ARTICLE

My advocacy began, like many other parents, before my son was born. I was diagnosed as a “high risk” pregnancy. My list of complications rivaled the national debt.

At the time, I believed I just needed to be organized. Forgive me for dating myself, but I thought if my Franklin Planner detailed my strategy, then threats to my happiness would be at bay. After all….bad things only happen to unorganized people…right?

My sense of center was about to be scrambled. I had no idea that it was less about structure and more about utilizing my resources. My definition of perfect was about to be drop-kicked to outer space. I no longer dreamed of perfection. I wanted survival. I needed friends. I longed for positive and encouraging advice. But where, oh where, was I to find this in my remote and costal town on the eastern shores of eastern Florida?

So I did what anyone would do….I logged into the internet. Full of hope, I found the most disheartening of “friend-i-me’s”. At first we had so much in common and it felt so right. Then, like a bad date, it was clear we were done.

I had hoped for positive solutions. I wanted new ideas to navigate the challenges before me. Instead, I found parents with foul mouths. Their language was layered with “uck” words. If only their love for creating verbs with “u-c-k” were as passionate as their intent to help their child….they would have been Olympians for change.

Instead, and sadly, I found them stuck in their own demise.

Determined to find others who could offer support – I pressed on. This was all before Facebook and Twitter. I thought I could find groups in my small hometown. I still believed that somewhere, between the newly wed and the nearly dead, I could find a group of Mom’s like me.

In the twenty fourth week of my pregnancy my search was interrupted. My water broke. In the middle of the night I was sent 150 miles away without even the comfort of wearing my own underwear. I would spend 9 weeks hanging on in an Orlando hospital. I think I learned more about advocacy and finding support there.

After multiple surgeries, oxygen and heart monitors – I wanted one thing – my mother. The harsh reality was that she had passed many years before. Despite the love of my husband, I longed for the kindness of other women.

The hospital chaplain asked me to help to start a support group on the anti-partum floor. The truth is that I gained more than I gave.

I learned that having commonalities really meant nothing. In fact, I learned more from women who were different than me. The rich diversity of experiences and backgrounds gave me new perspectives.

I am also not ashamed to admit, my gratitude perspective, totally changed.

My son arrived home three months later. Somehow, I wanted to embrace my suburban roots, and talk to other Mom’s about Pottery Barn decorating and creating the ultimate nest for my bundle of joy.

However, I found that others were uneasy about my presence. They really did not know what to say about his bandaged arm. Discussing his amputation and false alarms in the middle of the night made them uneasy.

Feeling alone and scared, I decided that I had to return to my antepartum roots. I had to carve out my own support network. It was not something that anyone would send or deliver to me. I had to take charge and forge my own system to find encouragement and strength.

Here is what I did to develop my support network without my mother and a big city full of resources:

1. Make Yourself Whole: You have to find a way to balance all of your emotions. The first step of advocacy is feeling strong and centered. I found two methods: an intergenerational Bible Study Mom’s group and a regular work-out group.  You, and only you, can determine the best fit.

2. Be Open Minded: Don’t get mired down in the details. If your child has a specific diagnosis, don’t feel like you have to “join” that group. A lot of raising children with special needs is all the same.

3. Draw on the Positive: Just as I shared that I did not want to chat with parents on-line who lamented about all that “ucked” about their situation – I also did not want to associate with them. Negative energy just creates more non-productive processes. Find people who will listen, be caring and encourage you towards new solutions.

3. Write or Speak about your Experience: One of the things that motivated me to write about my journey was that most of what was out there was either “fluffy” or “mad. I believed that there were other parents, like me, who were caught in the middle.

5. Lead the Team Effort: I started to ask school leaders, community leaders and parishioners to be on my “team.” The truth is that everyone wants to support a winning cause. Through my baking of cookies, I asked different leaders, if they would join my team to support my son’s education. Although I would like to believe it was my confectionary talents – I truly know it was about their enthusiasm for cheering on our son to success

Cynthia Carr Falardeau is the parent of Wyatt, a child with special needs, who is amazing. Wyatt has a limb difference. He has been diagnosed with Autism and Apraxia. Wyatt has developmental delays that include speech, sensory integration, and appropriate socialization. Ms. Falardeau will tell you that she is a mom who is always in “the trenches.” She is constantly advocating for her son. Ms. Falardeau’s passion is being Wyatt’s parent, a role she shares with her husband, Jim in Vero Beach, Florida. Ms. Falardeau is the Executive Director of the Education Foundation of Indian River County and serves on several community and state-wide boards. She is a graduate of Albion College. Ms. Falardeau enjoys encouraging other special needs families through her writing and public speaking. Her work has been published by CNN, Scripps Newspapers, Parenting Special Needs and Florida Parenting Today. Her prayer is for parents, family members, teachers and community members to realize that everyone is special, different and capable of contributing to this world. “Sometime the smallest gifts make the greatest impact. We just have to open our hearts and minds to the limitless possibilities.” 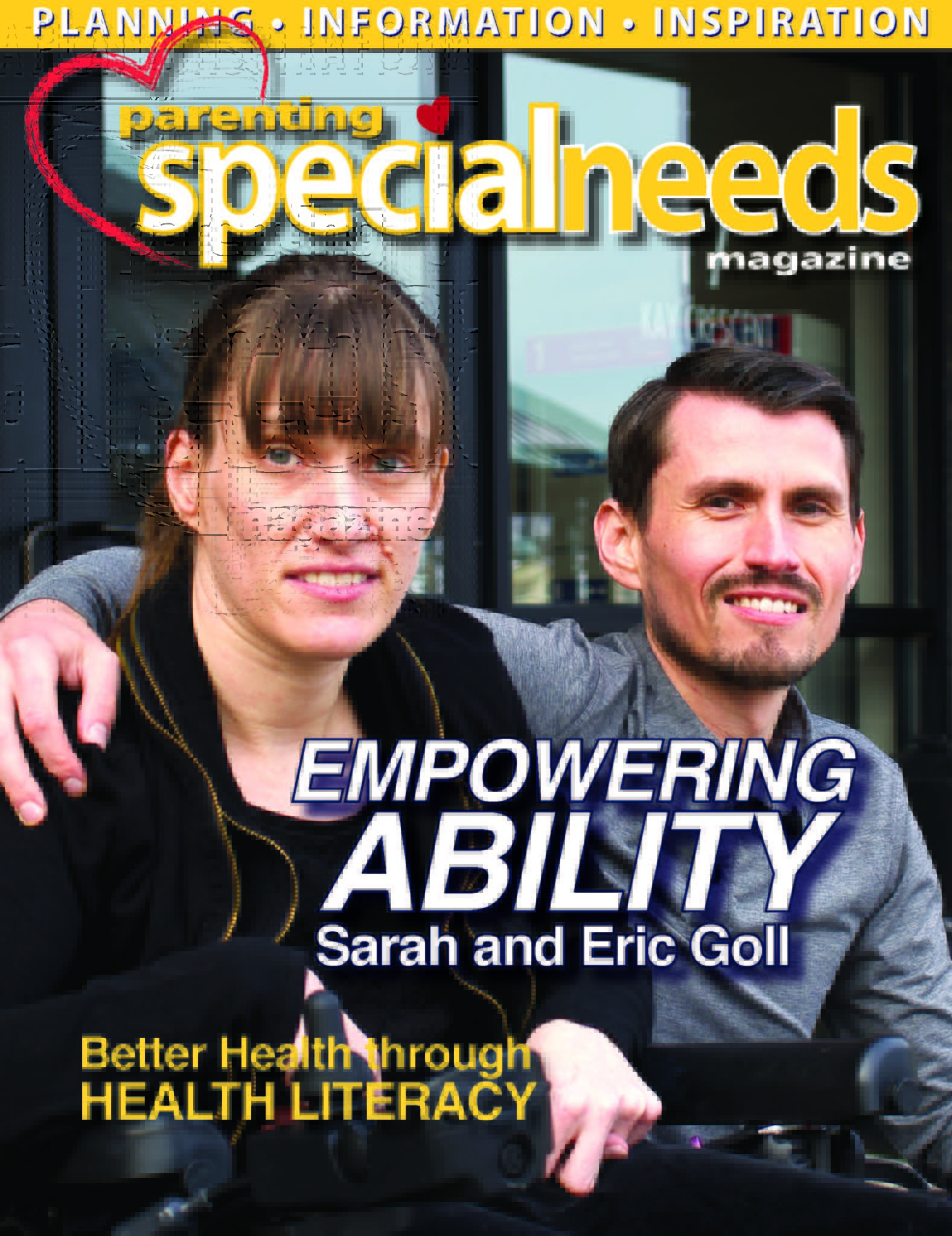