This issue’s “Real Moms Share” is actually a “Real Sister Shares” (she happens to also be a mom). Robin Raiff was raised in Kentucky and is one of six children. Often times, but not always, in large families, kids want to leave the nest as soon as possible, and 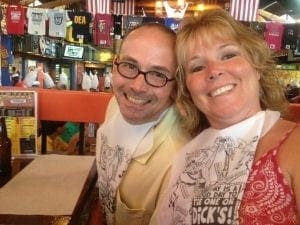 for Robin that came right after her 18th birthday. She was bound for Florida and didn’t wish to look back. For most people, that would be where the story goes cold…

They would simply settle somewhere else, establish themselves, start a family and, for the most part, lead a typical, normal and happy life. End of story. Well, not so fast in the case of Robin.

A recipe for trouble and conflict

Coming from a large family, it wasn’t always an easy thing to juggle schedules, personalities, hobbies, interests or directions BUT, as Robin puts it, “when you have a very dysfunctional family unit (and aren’t most families a bit dysfunctional in some ways??) Like I had, coupled with the challenge of a younger brother (14years younger) who has been diagnosed with autism since age 5, and two parents who had their own ‘issues’, well, it is a recipe for trouble and conflict.” There was also another brother that had been in a vegetative state for quite some time. As one might imagine, the environment was not a typical one. Robin kept in touch periodically with the family back home, but it wasn’t until the early 2000’s that she knew she had to do something. On one particular trip back to Kentucky, she noticed that her brother, Michael, had become very obese and her mother had seemed “off”. As it turned out, her mother had Dementia which, in turn, became Alzheimer’s disease. 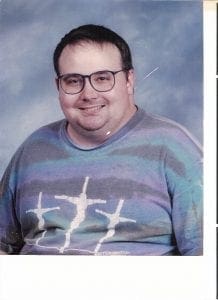 When Robin arrived at the house in Kentucky, she was struck with the certain sense that Michael, her other brother, and mother had to come back home to Florida with her. The situation had become so bad, in fact, that she had to call Adult Protective Services. Within 24 hours, she was in front of a judge who granted her temporary guardianship of her two brothers, as well as her mother. Robin summed up the need to bring them all back home this way, “I brought them down to Florida in 2002 because there was no family really close enough up there that would take care of them. And, the State of Kentucky, where they were, basically said they would become wards of the state, and I couldn’t let that happen. I brought them down here thinking I could get them on track and get them a small place, not knowing fully if Michael could ever live on his own, and then I thought Michael and my mom could get a small house together. After I got them here, however, I was told after several consults and different procedures that neither one of them were safe to live on their own, even together. Knowing my family background, I could not put either one of them in a home. I just didn’t want to do that to them, so I talked to my husband and I said, “I don’t know what else to do, but to rehab our house and make room for them and do what we can,” and that’s what we did”.