Born This Way Is Paving the Way!

Born This Way is an American reality television series produced by Bunim/ Murray Productions. The series features seven adults with Down syndrome who inspire others and send a powerful message to society as they work hard to achieve goals and overcome obstacles. Born This Way, which launched its fourth season last week (and currently nominated for several Emmys), follows the lives of a group of young adults living with Down syndrome in Southern California. The show has been both a critical and cultural phenomenon. In addition to its past EMMY wins, and this year’s nominations, Born This Way also won the Critics Choice Award earlier this year for best unstructured reality series.

Inclusion is an important and hot topic in the news and on social media. The show and cast are bringing a message that needs to be seen, told and heard into millions of homes worldwide regarding inclusion. The young adults in Born This Way have goals and aspirations of their own.

We spoke with John Tucker, Rachel Osterbach, and Sean McElwee to find out how they feel about being a “TV celebrity” and role model, and learn what some of their personal aspirations are and how they’re working to achieve them.

Rachel Osterbach is quite accomplished; she is an actress, inspirational speaker, a Gold Medalist and global messenger with Special Olympics, holds down a job in the mailroom of an insurance company, and she has been appointed to the Govenor’s Council of Mental Disabilities in California. With her red hair and infectious smile, she’s a great friend to everyone in the cast and dreams of traveling the world as an advocate for disabilities. 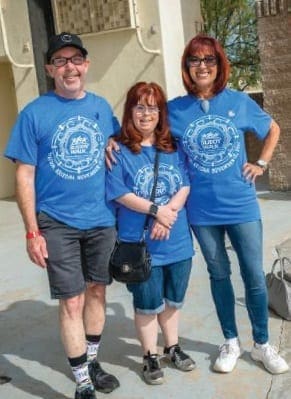 Q: How do you find the time for everything?

A: I make the time for it and my boss is so understanding. If I have to go to the Emmys and I had to take off the next day, it’s fine with them.

Q: WOW, you have a great boss! Last year at the Emmys, you and John made history as the first people with Down syndrome to be televised and present an award. What was that like being on the Emmy’s?

A: Well, it was a dream-come-true of mine. It’s my favorite part of the show being a presenter.

Q: Were you nervous to speak in front of everybody?

A: No, I wasn’t, I was just myself and I pretended nobody’s there.

Q: I read a quote that said, “Rachel is a reflection of the love and strength of an inspiring family.” So tell me a little bit about your family.

Q: I also heard that you’re the Maid of Honor for Cristina’s wedding. When you’re a Maid of Honor, what kind of duties & responsibilities did you have?

A: My duties are to help her breathe and just get her calm, and be with her whenever she needs me. I was there for dress shopping. That was really fun.

Q: Who is the coolest person you’ve met since becoming a TV star?

A: Adam Lambert. I got to meet him, back in season one.

Q: What’s the best part of being a TV celebrity?

A: Meeting a lot of famous stars and going to the Emmys. And I also get to overcome my fears. 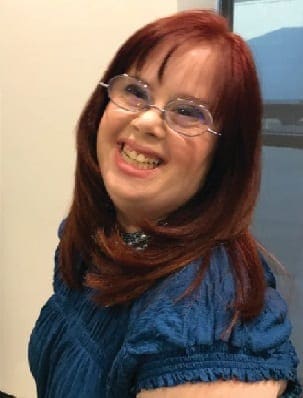 Q: Your fears? So what fear have you overcome?

A: Going to concerts because I had a fear of loud noises. And back in season two, I got over my fear of camping.

A: Yes, I am a great friend. I’m good at keeping secrets. I tell nobody else. I have two closest friends: Christina and Meghan.

Q: What are your thoughts about the show and its message to society? What do you think the message is that society is receiving?

A: Well, that anybody can reach their goals and their dreams. And all you have to do is just be yourself and follow your heart.

A: People with Down syndrome or different abilities can do anything they want to do. There’s another thing we all need: Friendship.

Q: Thank you, Rachael, for making a difference for all of our kids out there, and for paving the way for other children that are coming up behind you.

A: You’re welcome. That was our goal.

Mom (Post Script): I think the amazing thing is the feedback that we also get from people who don’t have disabilities. From teenagers that watch her show just because they can relate to us because they’re bullied, or they’re over weight, or because they suffer from anxiety. We have had so many people who just feel different, who can relate to our show. That has been the biggest accomplishment for us.