What is Down syndrome

What is Down Syndrome?
Down syndrome occurs when an individual has three, rather than two, copies of the 21st chromosome.This additional genetic material alters the course of development and causes the characteristics associated with Down syndrome.

Down syndrome is the most commonly occurring chromosomal condition. One in every 691 babies is born with Down syndrome.

How is Down Syndrome Diagnosed? (What Causes Down Syndrome)
The human body is made of cells. All cells contain a center, called a nucleus, in which genes are stored. Genes, which carry the codes responsible for all our inherited characteristics, are grouped along rod-like structures called chromosomes. Normally, the nucleus of each cell contains 23 pairs of chromosomes, half of which are inherited from each parent. Down syndrome occurs when some or all of a person’s cells have an extra full or partial copy of chromosome 21.

The most common form of Down syndrome is known asTrisomy21. Individuals withTrisomy21 have 47 chromosomes instead of the usual 46 in each of their cells. The condition results from an error in cell division called nondisjunction. Prior to or at conception, a pair of 21st chromosomes in either the sperm or the egg fails to separate. As the embryo develops, the extra chromosome is replicated in every cell of the body. This error in cell division is responsible for 95 percent of all cases of Down syndrome.

A few of the common physical traits of Down syndrome are low muscle tone, small stature, an upward slant to the eyes, and a single deep crease across the center of the palm. Every person with Down syndrome is a unique individual and may possess these characteristics to different degrees or not at all.

Life expectancy for people with Down syndrome has more than doubled in recent decades – from 25 in 1983 to 60 today.

People with Down syndrome attend school, work, participate in decisions that affect them, and contribute to society in many wonderful ways.

All people with Down syndrome experience cognitive delays, but the effect is usually mild to moderate and is not indicative of the many strengths and talents that each individual possesses.
Quality educational programs, a stimulating home environment, good health care, and positive support from family, friends and the community enable people with Down syndrome to develop their full potential and lead fulfilling lives.

How do you treat Down syndrome?
Since Down syndrome is a genetic condition and not a disease, it cannot be altered. However, there are some alternative treatments that are mentioned.

What kind of alternative therapies are available?

Various traditional and alternative treatment methods for Down syndrome have been popular over the years including the use of pituitary extract, glutamic acid, thyroid hormone, 5-hydroxytryptophan, dimethyl sulfoxide (DMSO), dehydroepiandrosterone, sicca cell therapy, and growth hormone. Some treatments, such as sicca cell therapy, have proven to be dangerous. More recently, the orthomolecular approach to treatment using various combinations of vitamins, minerals, enzymes, and amino acids have been revisited. Generally, alternative therapies for Down syndrome fall in and out of popularity through the years.

What kinds of claims are made about alternative therapies?

Many of the alternative therapies, particularly those termed “holistic,” are aimed at treating the body as a whole, rather than as a disease or a symptom. Most of these therapies have not made claims for people with Down syndrome that have been any different from the claims they have made for the general population. However, some therapies have claimed to improve motor and cognitive functions as well as growth and overall activity specifically in persons with Down syndrome. Some have claimed to change some of the physical features of Down syndrome to a more “normalized” appearance and to reverse intellectual disability.

Have any of these claims been scientifically proven?

Although varied treatments have been in use for many years, available research studies are often limited. Observation and experiences are often the first step in the research process. However, while anecdotal successes can be exciting and increase popular interest in a particular therapy, rigorous scientific study is still the benchmark by which treatments are held as to their effectiveness and safety. As more and more physicians in the U.S. are becoming familiar with alternative and complementary treatments, parents should discuss any potential new treatment with their doctors to learn more about any known benefits and side effects.

Is the use of alternative therapies recommended?

NDSS and other organizations interested in the welfare of persons with Down syndrome, such as the National Down Syndrome Congress, the Down Syndrome Medical Interest Group, and the American College of Medical Genetics, can only recommend treatments and therapies for individuals with Down syndrome that have undergone thorough scientific study. This includes large, randomized, double-blind research studies that evaluate the safety and efficacy of the treatment in question. These organizations are not discouraging parents from making decisions they feel are right for their child. However, they feel that benefits, risks, and side effects must be clearly shown before they can recommend any of the treatments in good conscience. The difficulty is that good research studies take time and money. NDSS has encouraged the National Institute of Child Health and Human Development to consider this type of research. The National Institutes of Health have also created a separate division, the Office of Alternative Medicine, to provide information on alternative therapies to the general public and begin carefully evaluating such treatments. 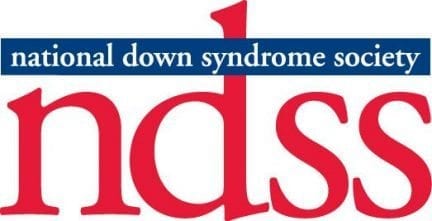 The mission of the National Down Syndrome Society is the leading human rights organization for all individuals with Down syndrome.

We have over 375 affiliate groups across the country. These affiliates are local parent support groups and other organizations that work on behalf of people with Down syndrome and their families.
NDSS is one of the largest non-government supporters of Down syndrome research in the United States. Since its inception, the Society has provided millions of dollars towards advancing knowledge and research about Down syndrome, supporting the work of more than 45 scientists. For more information on the organization go to www.ndss.org or follow us on Facebook and Twitter.