Celebrities with Disabilities that Turned their Dreams into Attainable Goals

There is no greater misconception than those surrounding physical and intellectual disabilities. The idea that those with disabilities are less than or that success cannot be attained is, quite frankly, one of the most preposterous assumptions out there. Some of the most brilliant and talented people in this world have lived and thrived with disabilities every day.

Not only have many lived and thrived with disabilities, but they have also made and changed history while displaying their incredible abilities. Among the most notable are, hands down, Helen Keller and Stephen Hawking. Helen Keller became a worldwide symbol for children to overcome any obstacle showing that being deaf and blind wasn’t going to hold her back from learning how to read or speak and learn mathematics. Stephen Hawking inspired generations while struggling with a slow-progressing form of Lou Gehrig’s disease (or ALS); sharing his remarkable theories, making some of the most complicated physics of our time accessible and changing the public’s view of what it means to have a disability.

“My advice to other disable people would be, concentrate on things your disability doesn’t prevent you from doing well and don’t regret the things it interferes with. Don’t be disabled in spirit as well as physically.” – Stephen Hawking, Lou Gehrig’s disease

Let’s take a deeper dive into the success that has been found by many and the disabilities that didn’t hold them back from achieving it. From science and medicine to sports and acting, here are some names you may recognize, and some you may.

, the greatest theoretical physicists of all time had Asperger’s, Dysgraphia, and Dyslexia. Einstein delivered notoriously confusing lectures and displayed obsessive, single-minded interests but his level of autism gave him the ability to grasp complex systems, including math, music, physics, and computer programming; and his dysgraphia allowed him to see numbers and formulas differently. It was because of his disabilities that he was able to contribute to development the theory of relativity and quantum mechanics and modern physics in the early 1900s. 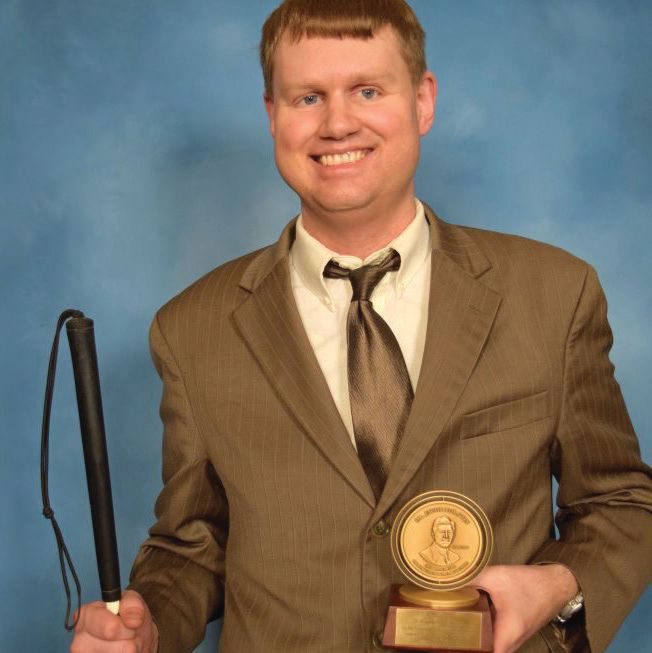 was the world’s first Blind Physician. He fought his way through the prejudice and misconceptions about the capabilities of blind people; graduated with full honors from Chicago Medical School and became the first totally blind, fully licensed, physician to practice medicine. He was an expert on diseases of the heart and lungs and used public speaking events to advocate for the employment of the blind and their full integration into society.

whose accomplishments need no introduction, had ADHD & Dyslexia. He actually had to drop out of high school because of it, but ultimately did not let adversity slow his passion for success in the cartoon and animated film industry. On the contrary, he built an empire and became an inspiration to many. 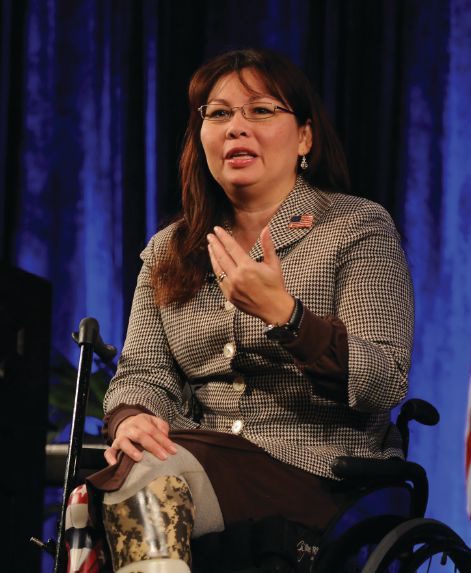 became a double amputee after a rocket-propelled grenade hit her Black Hawk helicopter in the Iraq War. She didn’t allow her physical disability to hold her back. She went on to become the first Thai woman elected to U.S. Congress, first woman to give birth while serving in office and first female Senator to use a wheelchair.

Tesla & SpaceX Co-founder is actually one of many in the billionaire’s club to have Asperger’s and Dyslexia. Bill Gates and Steve Jobs are also said to be neurodivergent, which, simply put, means they are wired differently, able to see things from angles that unlock new ideas and insight. While some may see them as somewhat insane, others wonder if this “gift” is the key to becoming so successful.

one of the world’s best-selling authors had Dyslexia and Dysgraphia. She often claimed of being the “slow one in the family” because she found writing, spelling and arithmetic very difficult. It’s nothing short of incredible, that despite constant hand pain and seeing letters and numbers mixed up and backward, she continued to persevere, writing 66 detective novels and 14 short stories. 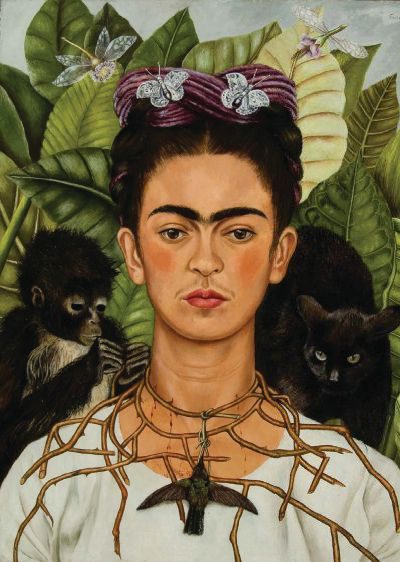 was a well-known Mexican Painter who was born with Spina Bifida and then later was also diagnosed with Polio. She is an impressive example of an artist whose entire life and creativity were extremely influenced by chronic pain and severe illness. She would express her physical anguish through her paintings like self portrait images of a thorn necklace around her neck representing pain or a black panther symbolizing bad luck and death, while a monkey is a symbol of evil. Though it may sound quite gory, her body is represented delicately as she bravely faces the viewer, strongly enduring her pain. It wasn’t until the 1970’s, several years after her death, that she her work became widely acclaimed.

who became blind shortly after birth, became a legendary musician. By age 9 he had learned to play the harmonica, piano, and drums; began singing at age 10 and later went on to study classical piano and music theory. He created one-of-a-kind sounds by mixing soul, gospel, jazz, and R&B. His impact reaches way beyond the music industry and the people who listen to his music. He used his celebrity to influence positive change in the world for all people joining countless causes. In 2009 he was named a UN Messenger of Peace, with a focus on persons with disabilities by the United Nations. 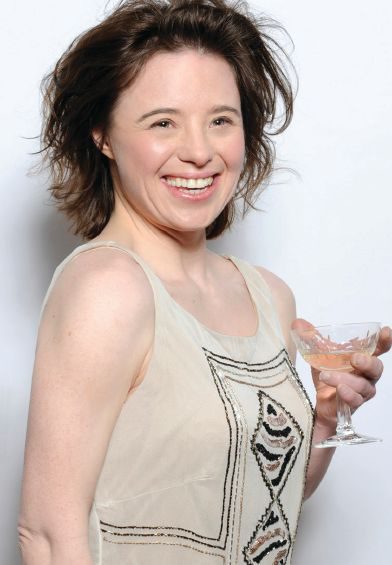 has Down Syndrome, but she is more than that, in the UK she is a dancer, model, actor, ambassador and true inspiration to so many. She’s played several roles as a person with Down syndrome, but now she’s breaking ground by playing characters without a disability. Gordy has said, “I am different, that is good.” So good, that she became the first woman with Down Syndrome to be made an MBE and receive an honorary degree from a UK University. Gordy is driven, talented and changing the perception around Down syndrome. 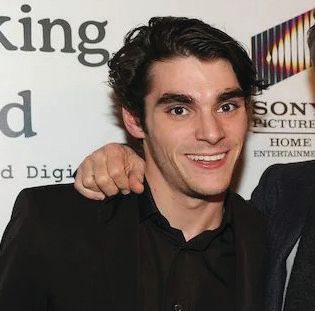 , most known for his role on “Breaking Bad” was diagnosed with cerebral palsy when he was a toddler. While Mitte’s form of CP is milder than his on-screen character, he has used his celebrity to advocate for others being bullied, becoming a spokesperson for Shriners Hospitals for Children campaign. Mitte has said “people with CP overcome hurdles every day. One thing I’ve learned from disability is that when there is an obstacle, you adapt and grow. You can’t let that obstacle break you down and discourage you.”

had an incredible boxing career, was an Olympic Gold Medalist, and was inducted into the International Boxing Hall of fame. He did all of that with Dyslexia. The man who barely graduated from high school because of his struggle with reading, overcame his challenges and turned his experiences into an opportunity to help others. He knew the pain caused by being unable to perform well in school, so he and his wife created a series of books and magazines called Go The Distance to motivate and inspire young black readers. He not only fought in the ring, but he also fought for racial and social justice. His dedication to boxing was accompanied by his profound conviction that he had a greater purpose. 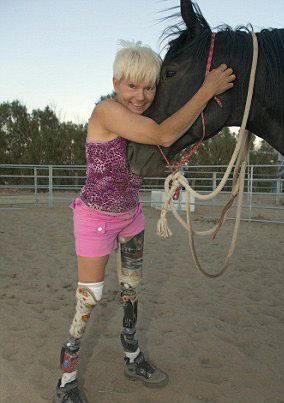 is an Equestrian Athlete/Stuntwoman/Actress that was born with Spina Bifida and deformed legs that never fully developed. She received her first pair of prosthetic legs at age two. Despite her disability she has had a successful 20-year career riding horses. She does everything from prepping, saddling, and feeding her horse. She has been an inspiration to others who have lost their arms or legs saying, “If I can do it, so can you.”

I found, literally, hundreds of inspiring people that I could have highlighted in this article; Tim Tebow, NFL & pro baseball player with Dyslexia; Jessica Cox, Pilot, born with Amelia Birth Defect; Christopher Reeves, Actor who was a Quadriplegic; Abbey Nicole Curran, Miss USA Contestant with Cerebral Palsy; I could go on all day. Whether you were born with a disability, developed one later in life, or certain circumstances entrusted you with them, know the world is your oyster and you are the pearl. There is no field of work that is out of your reach when the passion within you to persevere is alive and well.