What You Need to Know If You Unenroll Your Child From Public School, Private Schools, Home Education & IEPs

Fifteen years ago, we chose to unenroll our daughter, Bryanna, from the private school she was attending and educate her at home. Even though I had a mentor who was giving me lots of tips and helpful info, until we actually explored the curriculum and instruction, I didn’t know what it was all about. Bryanna was diagnosed with ADHD and a math processing disorder. We saw some of the effects of the ADHD but had no idea how the math processing disorder would manifest! I thought we had taken on more than we could handle, but we were able to accommodate her disabilities to support her so that she could benefit from being taught at home. We enrolled in a private/umbrella school so we also had support from those families. Earlier that year, we had Bryanna “evaluated” by the district; she did not qualify for ESE services thru an IEP (the federal IDEA law was amended in December 2004). Since Bryanna was not eligible for an IEP, and I did not know my rights, we let ESE services “fall by the wayside” and began our educational voyage. 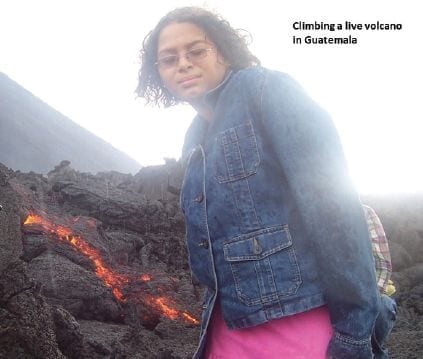 I can say we learned as we went along. I had many “a-ha” moments as well as many “oh-my” moments! I was able to see how the ADHD further adversely affected Bryanna and was able to provide accommodations to her. I saw the math processing disorder and we used manipulatives so she could visually “see” what the math equation “meant.” Bryanna had “a-ha” moments and her face lit up as she “got it!” She learned by doing and we combined learning with field trips and studying outside our home. That is one of the best things about educating your child at home – your child does not have to conform to the “rules” that exist in a school setting. Parents — take advantage of this!!