What is PANDAS or PANS?

What is PANDAS or PANS?

In 1998, researchers at the National Institute of Mental Health, Neuroscience Division, recognized and named a previously unrecognized psychiatric illness:  P.A.N.D.A.S (pediatric autoimmune neuropsychiatric disorders associated with streptococcus).  In 2010, experts agreed to broaden the term to include other pathogens that can cause psychiatric flares in young children:  P.A.N.S. (pediatric acute-onset neuropsychiatric syndrome).  The average age of onset is 4-12 years of age. It is estimated that 1 in 200 children have this illness.

New research published indicates that PANDAS/PANS involves an autoimmune response in which misdirected antibodies cross the protective blood-brain barrier affecting the basal ganglia.  The basal ganglia is responsible primarily for motor control, as well as other roles such as motor learning, executive functions and behaviors, and emotions.

How is Pandas Syndrome Diagnosed?

PANDAS/PANS is a clinical diagnosis in which a child has had a sudden, dramatic (often debilitating) change in personality displayed as Obsessive Compulsive Disorder (OCD) and/or restrictive eating habits together with two or more of the following symptoms: anxiety, emotional lability, irritability or aggression/defiance, developmental regression, sensory or motor issues (i.e., tics) and somatic disturbances (i.e., sleep disturbances, urinary frequency issues), phobias, depression, decreased math ability, or decrease in handwriting (margin drift, illegible, no longer able to draw pictures). This occurs proximate to an infection such as strep, URI, virus, etc.

The sudden overnight onset will be unmistakable. Parents will be very alarmed at the sudden change in their child. It is important to get assistance very soon at onset to ensure the most rapid and full recovery. A pediatrician will often run blood tests to consider the presence of strep or other bacterial/viral infections. Antibiotics, or antivirals, quickly administered usually gives a cessation of symptoms. At this point, the best outcomes occur when the physician and parent revisit the child’s symptoms every 4 to 6 weeks and then discuss if a PANDAS/PANS specialist is needed for further intervention.

It cannot be overstated that the change in the child will be an unmistakable and dramatic overnight change in personality that often continues to escalate over weeks. Children are often inconsolable and though some can still go to school, over time they will lose ground socially, psychologically and academically. Symptoms may wax and wane over weeks or years. Each exacerbation tends to worsen over time if no treatment is received..

PANDAS/PANS can range from mild to moderate in severity and a professional must determine each child’s level of treatment need. A standard course of antibiotics or antivirals may cause an immediate improvement for some if the child’s illness is caught early. If the symptoms return after the initial course, then a doctor should consider administering a longer course of antibiotics. In severe cases, doctors may consider a short course of anti-inflammatories, intravenous immunoglobulins, or plasmapheresis. Some children respond favorably to low dose SSRI’s, but in other cases it may exacerbate symptoms. Cognitive Behavioral Therapy may also be considered and has shown to be helpful in some cases.

Who should I consult if I suspect?

Talk to your trusted pediatrician first. Because this is a relatively new illness, your pediatrician may not have heard of it or may have only heard that it is a controversial diagnosis. They can access information from the PANDAS Physicians Network website by registering and learning more about diagnostic and treatment options: www.pandasppn.org For a list of current doctors treating the illness, parents can go to www.pandasnetwork.org

PANDAS Network is 501c3 non-profit inspired by parents and physicians in 2009. We are dedicated to improving the diagnosis and treatment of children with PANDAS/PANS. PANDAS Network strives to collaborate with subject matter experts, build public awareness, provide family support and gather data and resources to better inform parents and the medical community about PANDAS and PANS. 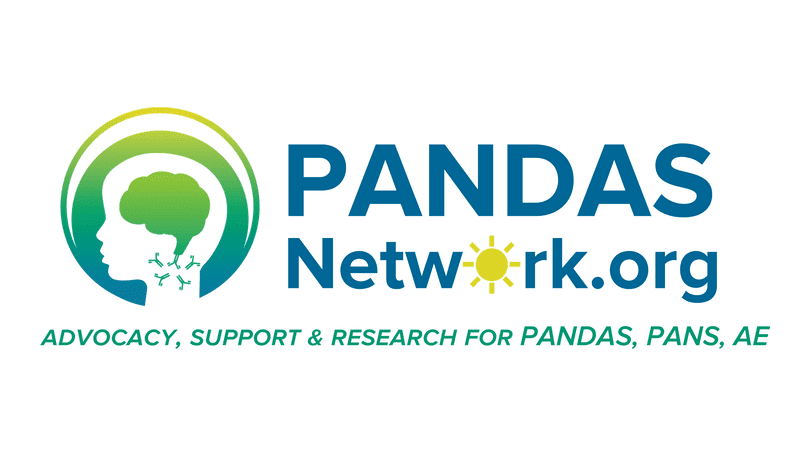 We can be found at www.pandasnetwork.org. We offer support group contacts, online questions from parents and advice on the medical referrals in your area.