Untruths My School District Told Me

Untruths My School District Told Me

As a speech-language pathologist who has specialized in AAC for several decades there are some things that I hear over and over again; even when I think we’ve moved on. So I am going to answer some of your questions right now.

I was told my child isn’t “ready” for AAC (or is too young, or too “low functioning” or doesn’t have the prerequisite skills). This position, in all of its permutations, is particularly tenacious. We just can’t seem to get rid of it.

But the truth is that the only prerequisite for using AAC is breathing, even newborns communicate, and there is no requisite cognitive level or skills needed. That’s the answer in a nutshell.

Need more convincing? According to ASHA “The currently accepted evidence in the literature suggests that no specific skills are prerequisite for successful use of AAC in the broadest sense. AAC is an intervention approach that can be the beginning of communication development for an individual. A number of AAC options are available to begin the intervention process.”

Or, in the words of Dr. Carol Zangari of PrAACticalAAC.org, “The ‘real’ pre-requisites to AAC skills aren’t measures of cognition, attention, language, or behavior. Access to appropriate tools + good intervention + frequent opportunities for practice = real learning.” Dr. Zagari also said, “It’s fine to ‘party like it’s 1999,’ but let’s not practice SLP that way.”

“Kangas and Lloyd (1998) wrote a fabulous article addressing the concept of cognitive prerequisites. …..they go on to talk about a smaller body of evidence that individuals can learn to be expressive with picture symbols at a relatively early age and that individuals with “severe mental retardation” were able to learn to use symbols to communicate although they weren’t using speech. This article strongly put the case for a shift away from the candidacy model for AAC.”

I was told that because my child has some speech he is not a candidate for AAC. We should keep pushing for more speech.

The truth is that AAC is a reasonable solution for anyone whose speech is not sufficient to meet all of his communication needs. AAC is often used as a repair strategy for someone whose speech lacks intelligibility or who lacks sufficient vocabulary (or other language skill) to communicate whatever he wants. And the child who is 10 years old and has a few dozen words clearly does not have the ability to say whatever he wants to sufficiently and is falling further and further behind age expectations. 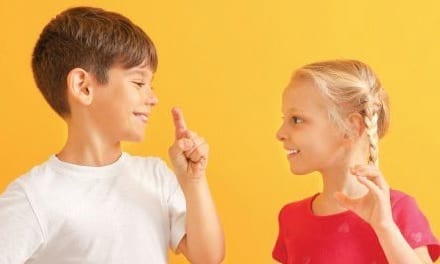 I was told that they tried AAC, but he did not use it, so they took it back.

So, I have to ask, “How did they teach him to use it and for how long?” Because babies get more than a year of constant speech input before we expect them to start using speech. Did they provide those same kinds of models of picture-aided communication and for that long? Learning to use AAC is like learning to speak a foreign language. So we need to provide input ln…That… Language BEFORE we should expect him to use it.

AAC users require specific structured instructional modeling and other strategies applied consistently in order to learn to use a system. So, no, you can’t just put it in front of him and expect him to use it. None of us learn that way.

I was told that AAC is a last resort that we will only use when there is no more hope for speech development.

Unfortunately, this all too often means that the child has no way to effectively communicate NOW. Or, for far too long.

I was told that using AAC will inhibit his speech development and become a crutch he leans on instead of trying to speak.

Children want to be verbal. Just watch any child’s response to AAC when they do have some speech. There are many who will push it aside until they are desperate to be understood. And children need appropriate access to communication modes as early as possible. Without an appropriate way to get needs (both basic and social) met, children frequently use inappropriate behaviors to communicate or withdraw. Struggling to learn to speak, while having no other way to communicate, leads to frustration. Further, students who have access to augmentative communication tend to develop their verbal skills more, rather than less.

I was told there is a hierarchy of systems and he needs to master no- and low-tech options before he can try something with more voice-out put and dynamic display.

In fact, this actually makes learning more difficult. One of the things we know about learning vocabulary on an AAC system is that stability of location is important. And if that vocabulary keeps moving around on different systems too much cognitive energy will be spent on hunting words down, leaving less to compose the desired message. This also has an impact on kids who learn through motor planning. If words stay put the child can form a motor plan to get to the desired location without having to stop completely and look for it.

In short, AAC is necessary because

Who should use AAC? People who use AAC are those individuals whose current mode of communication does not meet all their communication needs and restricts the quality and quantity of interactions with others.

All individuals are considered potential candidates for AAC; ASHA and the Joint Commission for Persons with Disabilities have a “zero exclusion” criterion and consider not whether an individual is eligible for services, but rather consider where along the continuum they are currently operating as a starting point. As long as there is a discrepancy between needs and abilities, an individual qualifies for services in AAC.

Susan Berkowitz has been a speech-language pathologist for over 40 years, working primarily with augmentative-alternative communication. She is the author of “Make the Connection!: A Practical Guide to Parents and Practitioners for Teaching the Nonverbal Child to Communicate – with AAC‘; susanberkowitz@me.com