Back Talk: 5 Ways to Help Your Child Practice Communication Skills at Home

I can no longer go into the therapy room with my kid. If I’m there, he’s done. Forget walking. Forget tasting new foods. And you can definitely forget using his communication skills. When he spots me, he thinks the work day is done. He can sit back and relax because I should instinctively know what he needs. And he’s right. I usually do know what he wants to say before he says it. But letting him off the hook so that he does not use his words is doing him an injustice. He needs a voice that can speak a universal language so the world can listen in, too. In honor of free speech, here are five easy ways to get your kid to talk to you in ways that everyone can understand.

Kids are tired after school. They want to play outside, play video games, just play. No kid (or adult) wants to come home from a long day and get right back to work. If you treat communicating like homework, they’re going to react to it like homework. “Please don’t make me,” should not be the default response to “Hey, let’s talk.” If they want to play, make it playful. Ask your child’s therapist what kind of games they use to practice speaking at school. Don’t always start at the same time every day. Add incentives: 5 jelly beans, 5 more minutes of screen time, 5 more minutes outside. Make it something they want to tackle because they’ll get something out of it, not including the ability to freely express their needs to anyone and everyone. 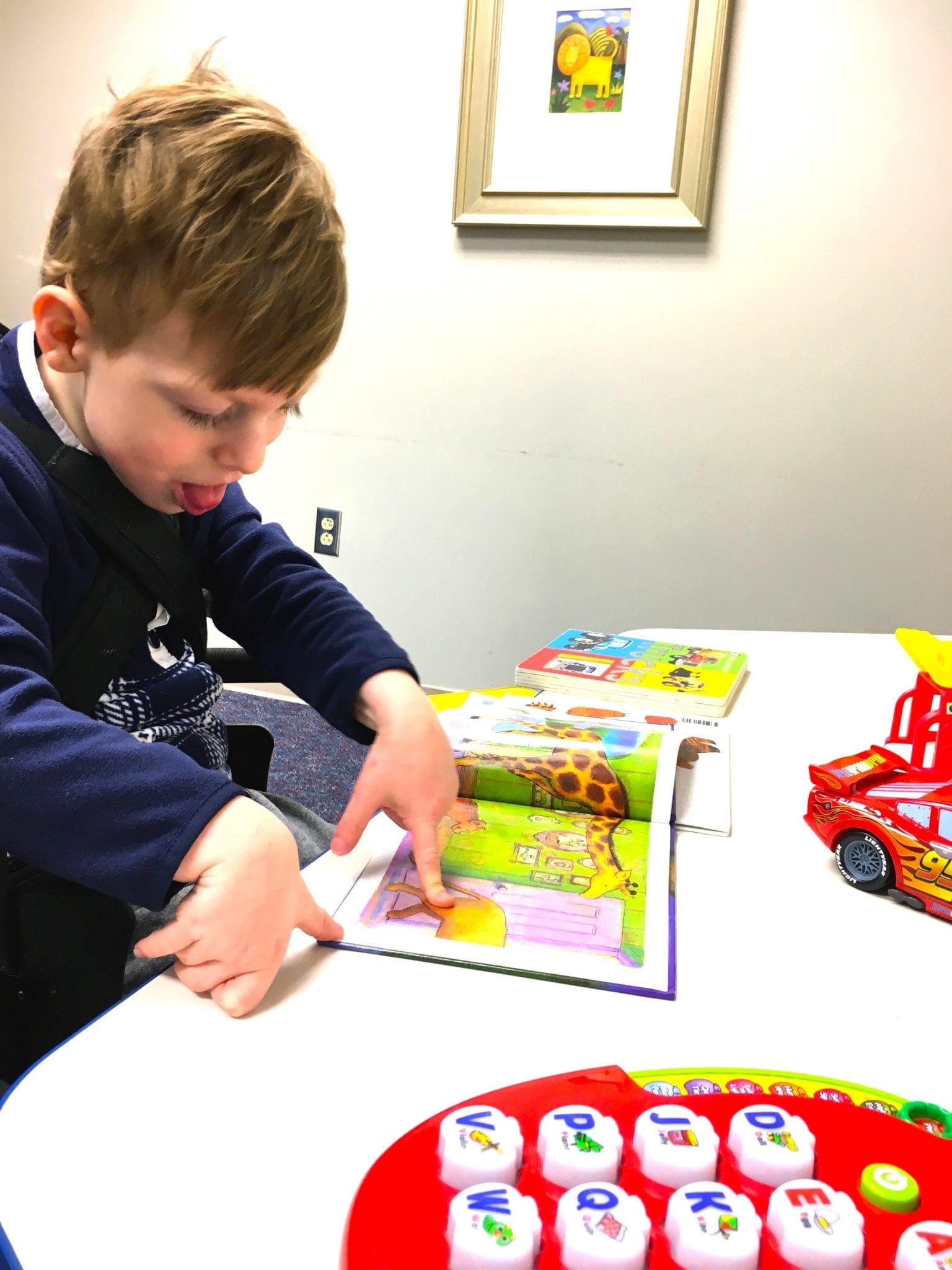 This was a game changer for us. Once we made it a game, we asked the siblings to help. Suddenly, the entire family became invested. We passed around a paper bag at the dinner table, pulling out mystery items and naming or signing or saying them with the communication device. We played I-Spy in the car. We had our son narrate what his brother and sister were doing. When we all participated, it became more fun and more normal for him. It made it an inclusive rather than exclusive activity.

Engaging Siblings to Build Social Skills: A Relative Solution to a Complex Problem

Anything can be overdone. If you’ve ever ruined your favorite song by hitting the repeat button one too many times you know what I mean. Or planned a birthday party or holiday that could have appeared in Southern Living if it hadn’t driven you to the brink of insanity first. Or finished the pint of ice cream in one sitting. (Just kidding. You can never have too much ice cream.) Speaking is hard for those with language difficulties. It is tiring. You can’t run a marathon every day. You have to train and build muscles. Your child has to build those skills and it will take time. Which means you need to give it time and not push it. Set a timer if you must or break it up throughout the day so that practice doesn’t leave them exhausted. They say the best way to prepare for a test is to spread it out and repeat often. An overdose of studying the night before will never make the information stick. It is the same with language. Practice in short bursts and revisit often rather than try to uphold hour-long drills.

This one was an unexpected winner in our house. I had been practicing with my son on his speaking device in the same supported chair in our living room…until it occurred to me that both child and device were mobile. And routines lead to ruts. So, we took the Tobii on a walk, to the mall and to the grocery store. We began to “people watch” and recount (on low volume) what the world was up to. Because the surroundings were different each time, they provided different speech scenarios from what he could get at home or in therapy. I had finally found something unique to contribute to language learning. These became our “verbal adventures” where he became the narrator of his own story. 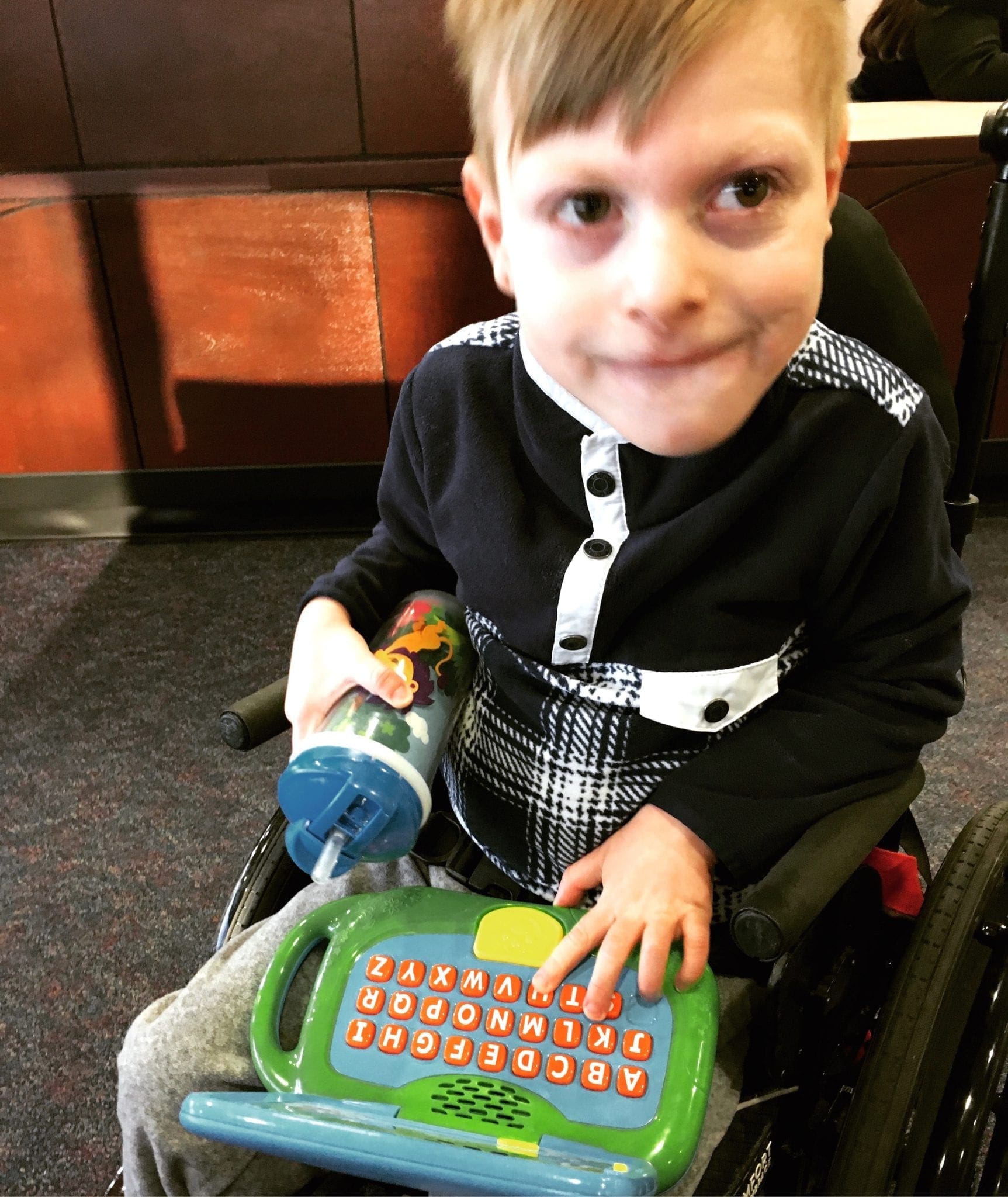 I know. Excessive screen time is bad. But for us, it contributes to his instruction. It helps teach our son how to speak. But you have to be selective in your selections. We’re not over here binge-watching Thomas the Train and Bubble Guppies. He watches educational sign language videos, and videos that ask the viewer questions and wait for a response, and game shows. Game shows like Wheel of Fortune provide an excellent platform for asking and answering out loud. I mean, how many of us catch ourselves yelling at the television when the contestant is too slow with the buzzer? Also, if you can get your therapist to film your child saying, signing or using their speaking device to navigate speech, do it. There’s just something about seeing themselves modeling it that is the ultimate motivator.

Encourage Speech & Create Yum With These Recipes for Cooking With Kids

Watch Our Cooking With Kids Videos

Practicing communication at home is hard at first. You love your child and “get them” in ways no one else does. But building their language so that others can understand is inviting the rest of the world to know them as you do and see the quirky and cool kid they really are.

Jamie Sumner is a writer and author of the website, The Mom Gene (mom-gene.com) and the mother to a son with cerebral palsy and twins.