On a crisp Friday morning in March of 2002, our beautiful son, Nico, came into this world with all ten fingers, ten toes and ten pounds!  Little did we know that at the time we chose this name, it would have so much meaning. He passed all his newborn tests and appeared to be a healthy bundle of joy. He was getting settled into my arms when all of a sudden, he was rushed to the nursery and was monitored as having focal seizures. This is where we had to visit with him for the next two days until he was then transported to the children’s hospital 2 1/2 hours away. It was not until another three more days when we finally were given a diagnosis of what happened to our little boy. He had a STROKE. It is believed to be In-Utero. Our world was turned upside down and our minds began a whirlwind. Did they just say STROKE and it happened before he was born???? We have never heard that such a thing could happen to children, let alone before they take their first breath into this world. But it did happen. It happened in his left temporal lobe and to this day we still do not have a cause. It will affect the right side of his body but to what extent it was too soon to tell. We were given orders to go see this doctor and then that doctor, have this test done at this time and have that test done at a later time. And yet we weren’t given much more instruction or information, other than to keep evaluating him and notify the pediatrician of anything unusual.

Everyday since then, we have been doing just that, as well as watching everything that he has to overcome. When he was only a few months old, we noticed that he would always keep his right hand fisted, arm bent and close to his chest. This was a result of increased tone in that area. After notifying the pediatrician and then being directed to Early Intervention, Nico started occupational therapy as well as physical therapy. At the age of three years and as a recommendation of our PT, he began horse therapy with Special Equestrians of the Treasure Coast in Vero Beach.  We had initially thought that this would only improve his gait, but, it turns out that the instructors can incorporate different activities so Nico can exercise and use his right hand as well. It’s been amazing the improvement we see with this therapy, especially compared to the different orthotics and shoe inserts that we have attempted before. He has been riding so well that he now can ride and trot without any leader and/or side walkers. He has recently finished a round of e-stim performed to his right wrist and hand by his OT with impressive results.

In speaking with Nico, and not knowing his circumstance, you may think that he has no issues. However, when you really watch him do some things that require two hands, it takes him a little longer and he needs more concentration. And although his condition is mild compared to other SURVIVORS, throughout his life Nico will still have more obstacles to overcome. But he continues to be very independent and this little man has the determination. He shall have “VICTORY” because that is the meaning of his name!

Like Nico, a number of strokes occur prior to birth, but it is still unclear how often this happens. About 1 in 4,000 live births will have experienced a stroke as well as 6 out of 100,000 children ages 1-18 years. Because a child’s brain is still developing, it has a greater ability to repair itself than in adults. But, more than 50% of infants and children will have a serious, long term neurological disabilities that include hemiplegia or hemiparisis, seizures, speech, vision, behavioral and learning disabilities. These infants and children, along with their parents and families, will endure life long physical, emotional and social effects from the STROKE. Many may endure one or more types of therapy sessions several days a week, seizure and spasticity medications, orthotics, orthopedic surgery, behavioral interventions and special education in the school systems. This also creates a financial burden for families, healthcare and education systems and society as a whole.

Often babies appear healthy at birth and will not show any signs of having a STROKE until months later. Therefore, diagnosis is usually delayed. While it may vary from child to child and from age to age, parents will begin to notice a non-use of an affected hand, delays in rolling over, crawling or walking all of which have been wrongly attributed to “normal” hand preference or “normal” lateness. Others may experience seizures, apnea, and language delays.

All this brings me to the purpose of this story…Awareness …YES, infants and children do have STROKES!  And it’s happening all over the world!

Parents, like me, want to educate our communities, educators, doctors, therapists, and legislatures of this increasing condition and how to recognize the signs and symptoms. We want to lobby for additional prenatal and/or postnatal testing. We want to let the newly diagnosed know they are not alone and to help them find and utilize the resources that are available to them. Lastly, we want to raise money for additional research and continued treatment for our infant stroke survivors. 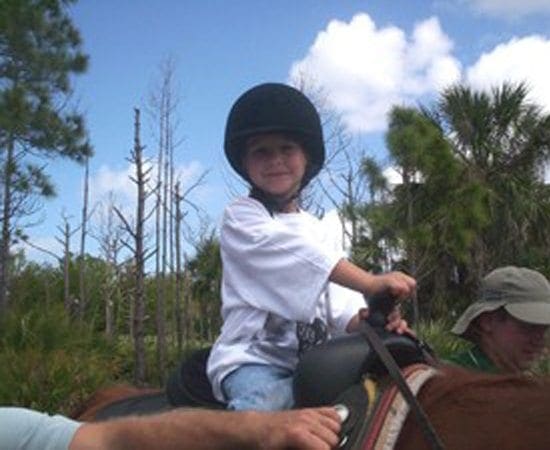 Nancy Atwood, the founder of Children’s Hemiplegia and Stroke Administration (http://chasa.org/) and Dawn Marie Perkins of Childhood Stroke Awareness (www.chasa.org/you-can-help/pediatric-stroke-awareness/), parents of infant stroke survivors, have assisted and started many parents on these crusades. They have enlisted many local and state representatives to proclaim the first Saturday in May as Childhood Stroke Awareness Day.

If you wish to donate to our cause, please visit our site at www.firstgiving.com/. Keep a look out for news about a local Childhood Stroke walkathon and awareness event in the Treasure Coast Area.  If you would like to sponsor or assist in this event, please feel free to email us at nicosvictory@bellsouth.net.