This is the final installment of a six-article series on positive behavior support PBS. The previous articles focused on identifying goals and behaviors of concern, gathering information to determine the patterns affecting behavior, designing proactive, teaching, and management strategies, teaching new skills, and implementing the plan. This article is about making sure the plan is working – or monitoring progress. 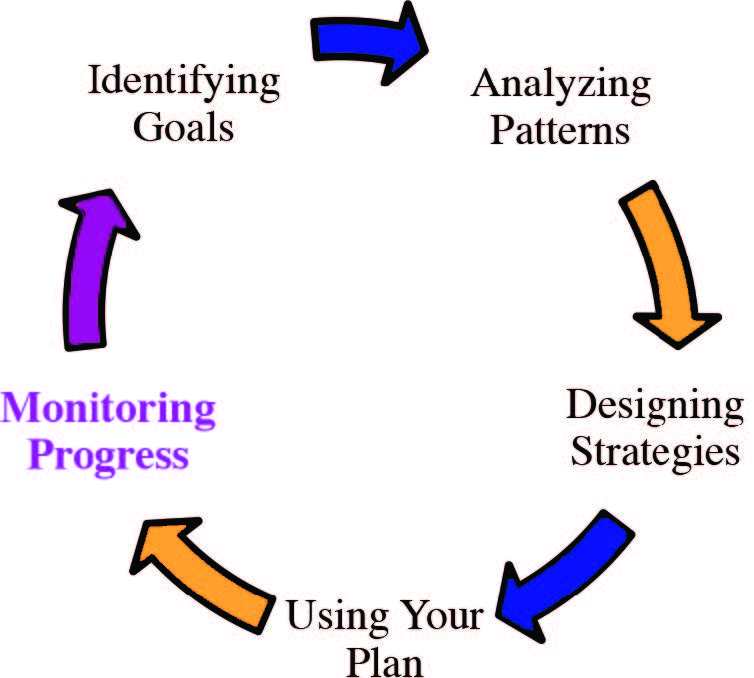 Monitoring progress loops back to the beginning of the PBS process when you established broad goals, identified routines you wanted to improve, and defined specific behaviors to increase and decrease for your child. It is important to make sure that each of the desired changes is achieved. You do so by continuing to track behavior objectively. Examples of how progress might be monitored include:

It is often helpful to keep a written record of these behaviors and even to summarize your progress on a graph. In the following video, the mother was prompting her son to ask for snacks using a picture card instead of banging on the gate. As you can see, at first he resisted the picture exchange, but, with more practice, he used it with reminders. Over time, he was mostly independent, only needing an occasional verbal reminder.

This progress is depicted on a hand drawn graph his mother kept on the refrigerator. 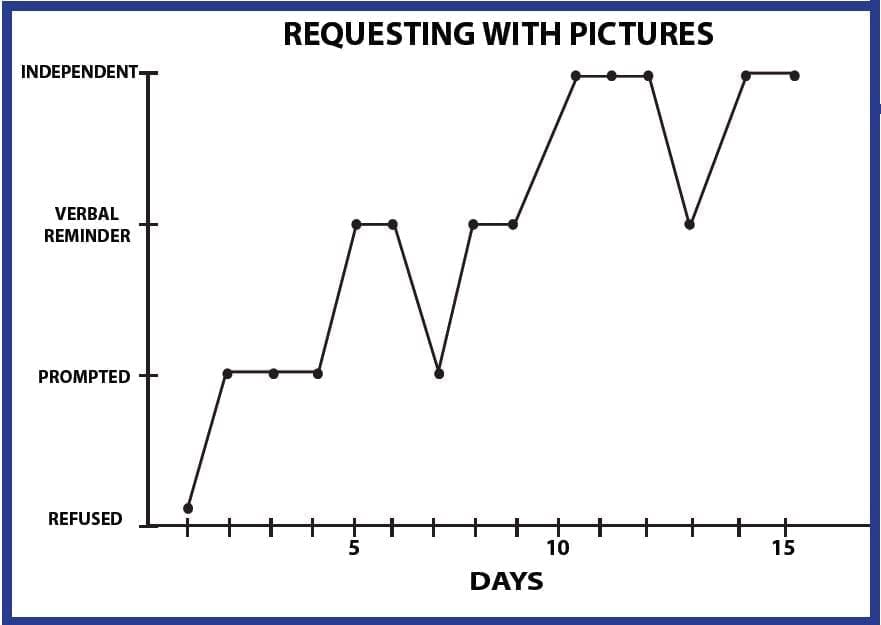 On a second graph, the mom tracked the number of times her child banged the baby gate. She made a tally count on a post-it note, and then graphed the number at the end of the day. 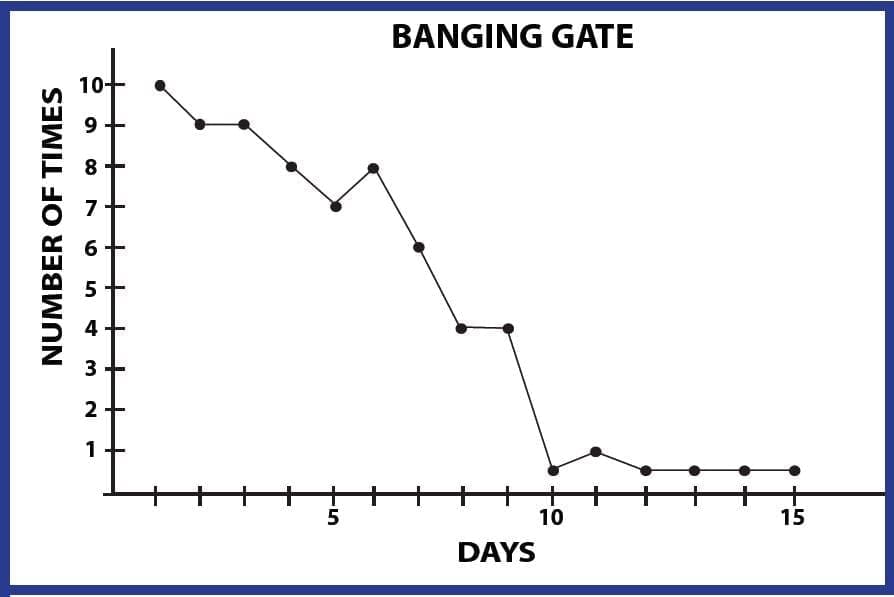 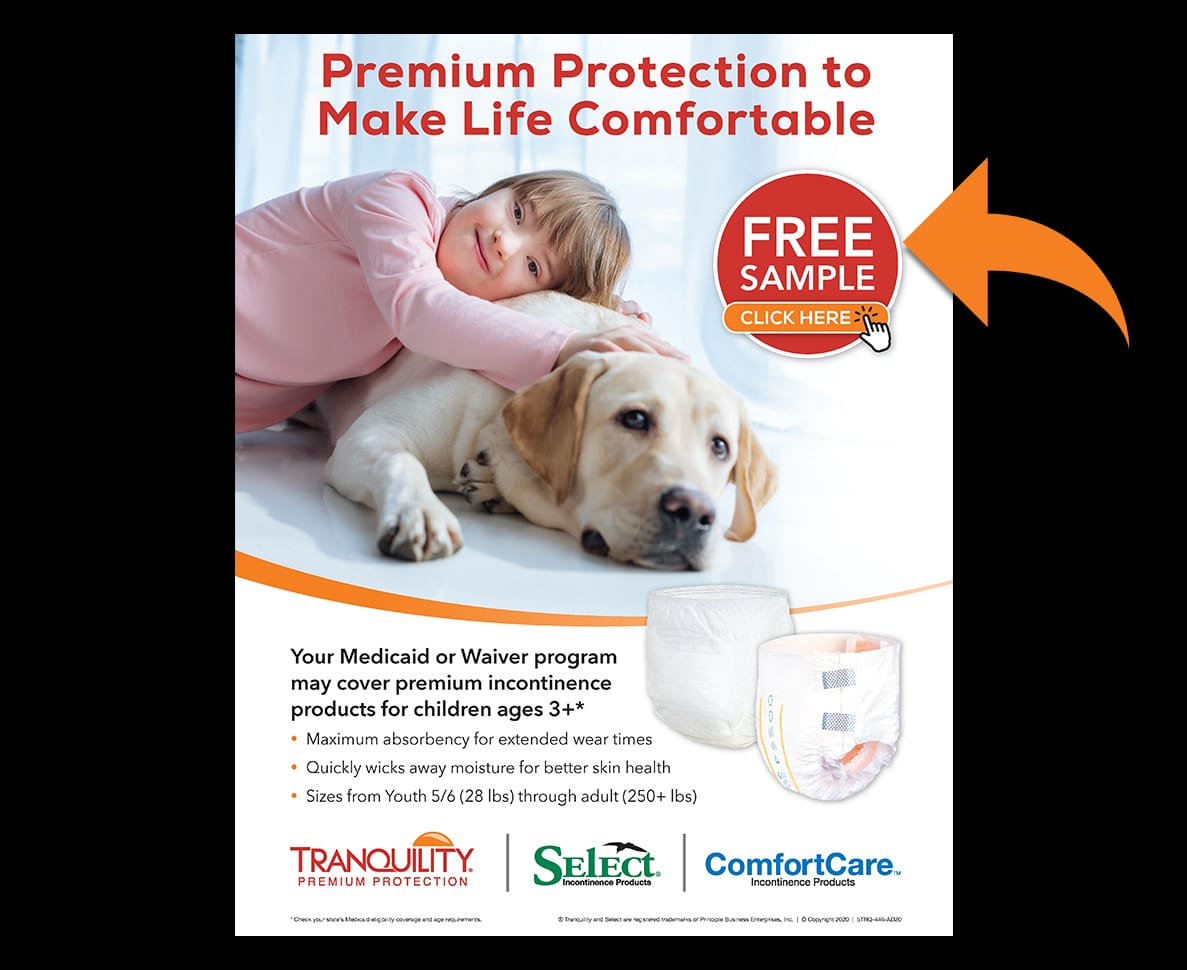