Mason Motes (two years old) of Woodstock, Georgia, was born with Down syndrome. Thanks to five-time-a week therapy he is making progress in dealing with his disability. But, he still has severe limitations; he can’t talk (his parents are teaching him some sign language) and he just started walking at 20 months of age. W hat bothered him the most, however, was being unable to play with his 5 year old brother, Chase.

That was until last November.

Paisley Queen of Mount Juliet, Tennessee, suffered a stroke in utero. She has cerebral palsy and is unable to use her right hand and her right arm. She suffers from weakness in her entire right side of the body. That was until just after she turned 2 a couple of years ago.

What changed the lives of these two young children was the ability to get on a riding toy and play with other children. But, not just any riding toy; a riding toy specially adapted to meet the needs of the disabilities that these two children were dealing with.

Their toys were “off the shelf” items that were individually modified to meet the child’s individual needs, and were modified by volunteers associated with a program called “Go Baby Go”. 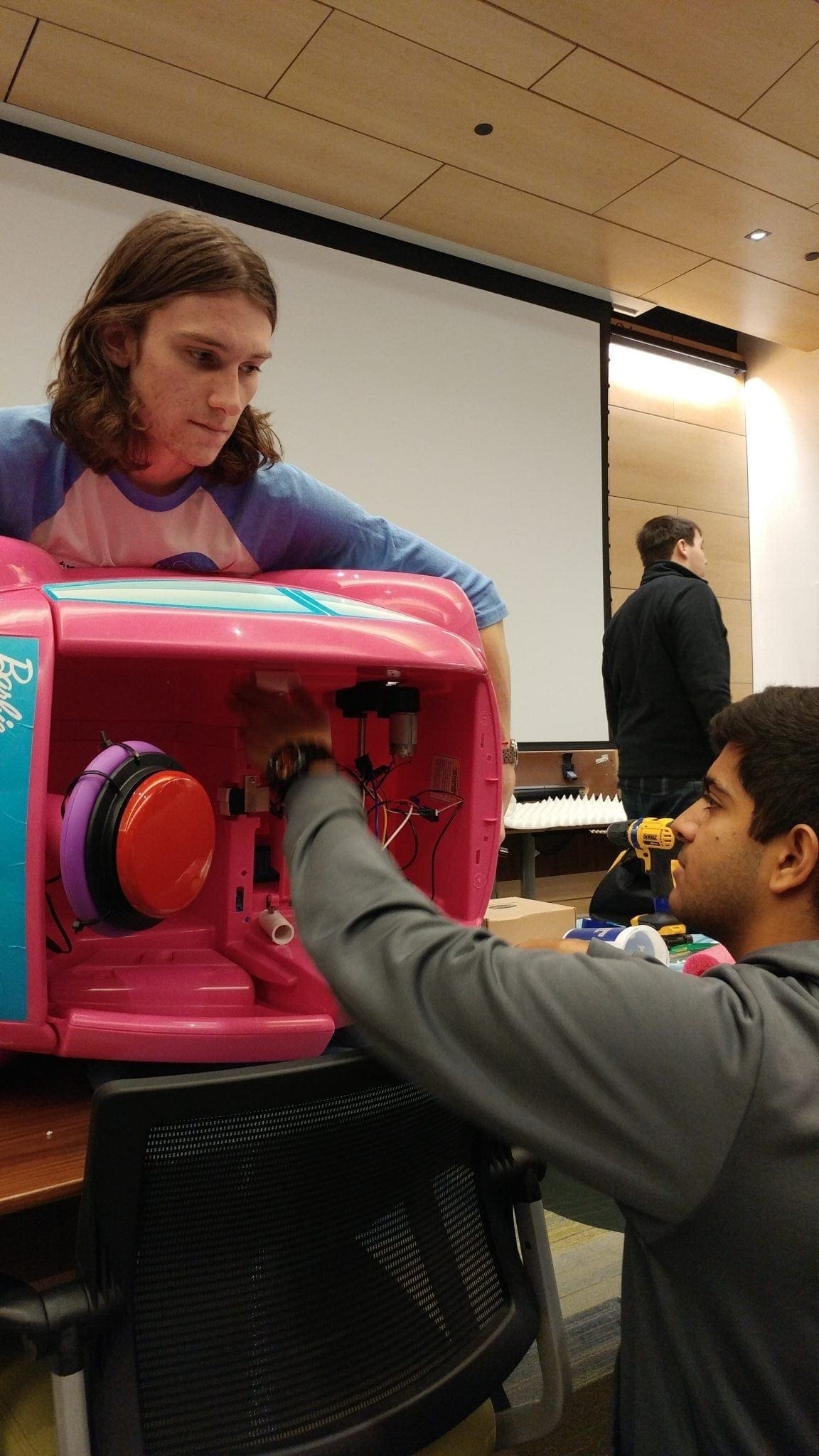 “Go Baby Go changes the perception of what a kid can do,” says University of Delaware professor, Cole Gallaway, who came up with the GBG concept nearly a decade ago.

“It changes the perception from ‘special needs’ to ‘adventure’.”

The GBG model takes power riding toys, such as those sold by toy stores, and utilizes the skills and of expertise of Occupational Therapists, Physical Therapists and Electrical Engineers to craft changes specific to the individual child.

The cars also function as physical therapy devices to teach strength and balance. 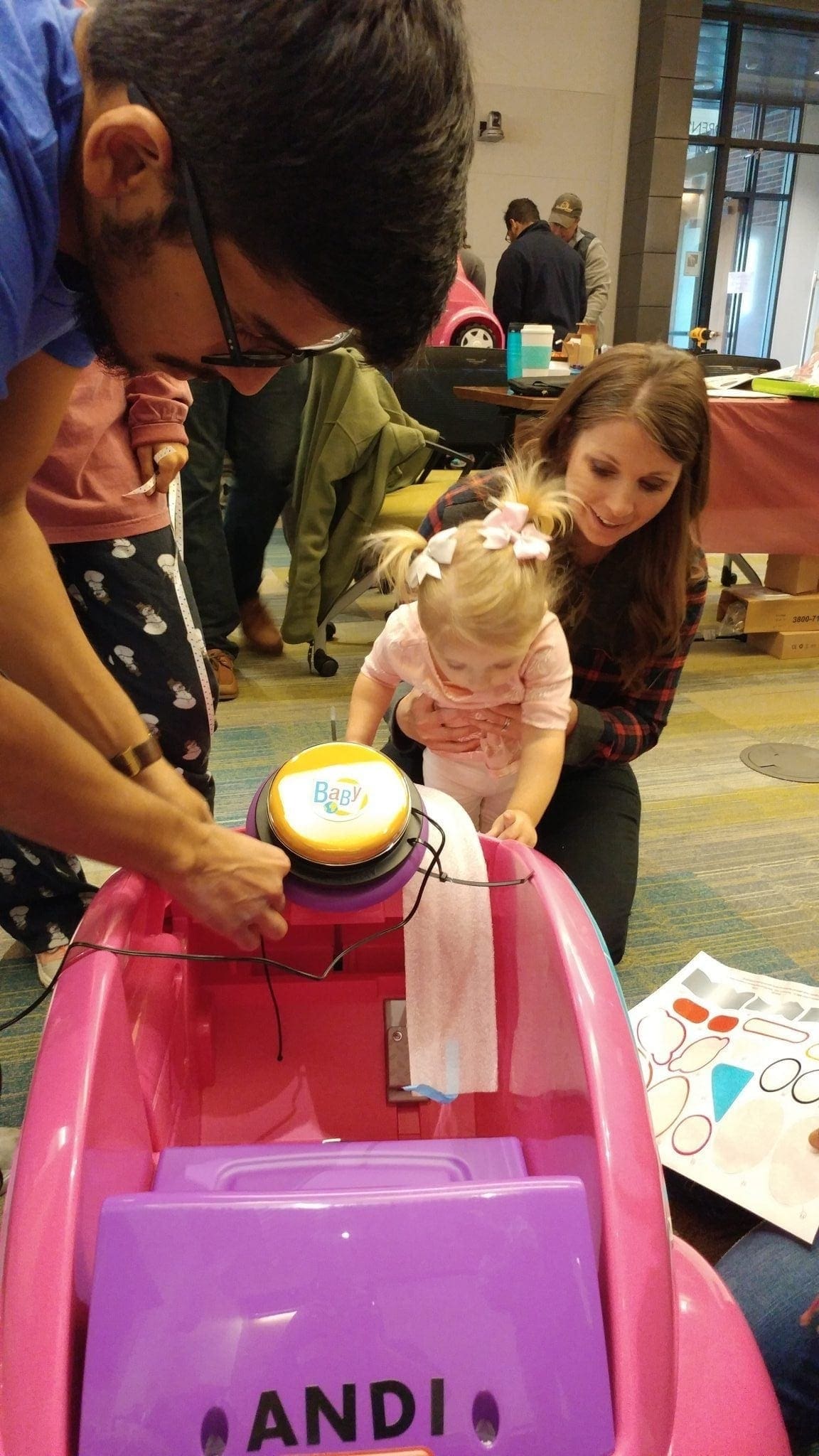 The children are also motivated by this “constrained-induced therapy” to use their weaker muscles to operate the toys and thus gain independence.

In Mason’s case, his father says the volunteers “took out the pedal and replaced it with an oversized button on the steering wheel so Mason can push it and make the riding toy start and stop.” They also installed an electronic governing module, so a parent can control the speed of the toy from the outside, and put in a five-point harness and a head support to keep him stable.