Raising Twins On the Spectrum

Usually, our Real Mom ’s Share section is one mom sharing her insights and perspective on her special life. This issue, we had a unique opportunity to interview two moms…who each had twin boys somewhere on the autism spectrum . Carrie has twin 6 year old boys and Angie has twin 19 year old boys. Hopefully, this will reaffirm that none of us are really alone in this. We do have a com m unity that cares. Learn what they have to say…

Parenting Special Needs: Can you give us a brief Description about your families?

Angie: My husband and I have been married for 21 years and we have our oldest son who just turned 20 in November and our twins are about to turn 19 on March 19th. The twins were both diagnosed on the spectrum; Robert was diagnosed in September 2001 and John was diagnosed 6 months later. Robert is a bit more impacted by his autism than John. Robert also has a secondary speech language delay. His life and his trajectory is very different but we hang in there. I have a degree in Special Education and have taught in classroom settings. I love to work, love to use my brain and I love to teach.

Carrie: We’re definitely a different combination. My husband’s actually 16 years older that I am. Our family is a mixture of all ages of children that ranges from the 20’s down to twins that are 6 years old. The twin boys are identical twins (mirror twins, in fact): Harrisen has been diagnosed with autism and Hampten has been diagnosed with Aspergers syndrome. Our 9 year old son was born with a limb deformity of his hand. It makes for a very interesting family…never a dull moment in our household.

PSN: What are some of the challenges of raising twins on different ends of the spectrum ?

Angie: Carrie, when I found out your twins were 6 years old, I tried to put myself back to that place when my boys were that age. It seems like a lifetime ago. It has been a little different for us because John is barely affected by his autism and my husband’s sister is quite severely affected by autism, so this was not something that was new to him. I learned about Autism through her. Robert typically has been placed in self-contained classrooms, much to my dismay. I have fought tooth and nail for inclusion for him to get him with mainstream peers and access to the general curriculum because he does thrive when he’s given that support. At one point, they were literally at 3 different schools. Robert was in a 2 hour a day pre-k for kids with special needs. John was in a special needs kindergarten that was a full day. Joe Jr. Was at a typical elementary school. There wasn’t just one central place that had all of the programs that covered their needs. We lived in Vancouver for 3 years when they were in grades 3,4,5. That was when we had full inclusion for all of them as well as full support, and they were all in the same school. Off and on as we moved from Georgia to Florida to Canada back to Florida and back to Georgia, I home schooled at different periods. Right now my son, John, is at the local high school and he’s doing well. He’ll be 20 next year, but, hopefully, he’ll graduate with a “bigger” (read standard) diploma. Robert is home schooled and we’re working on some things with him. 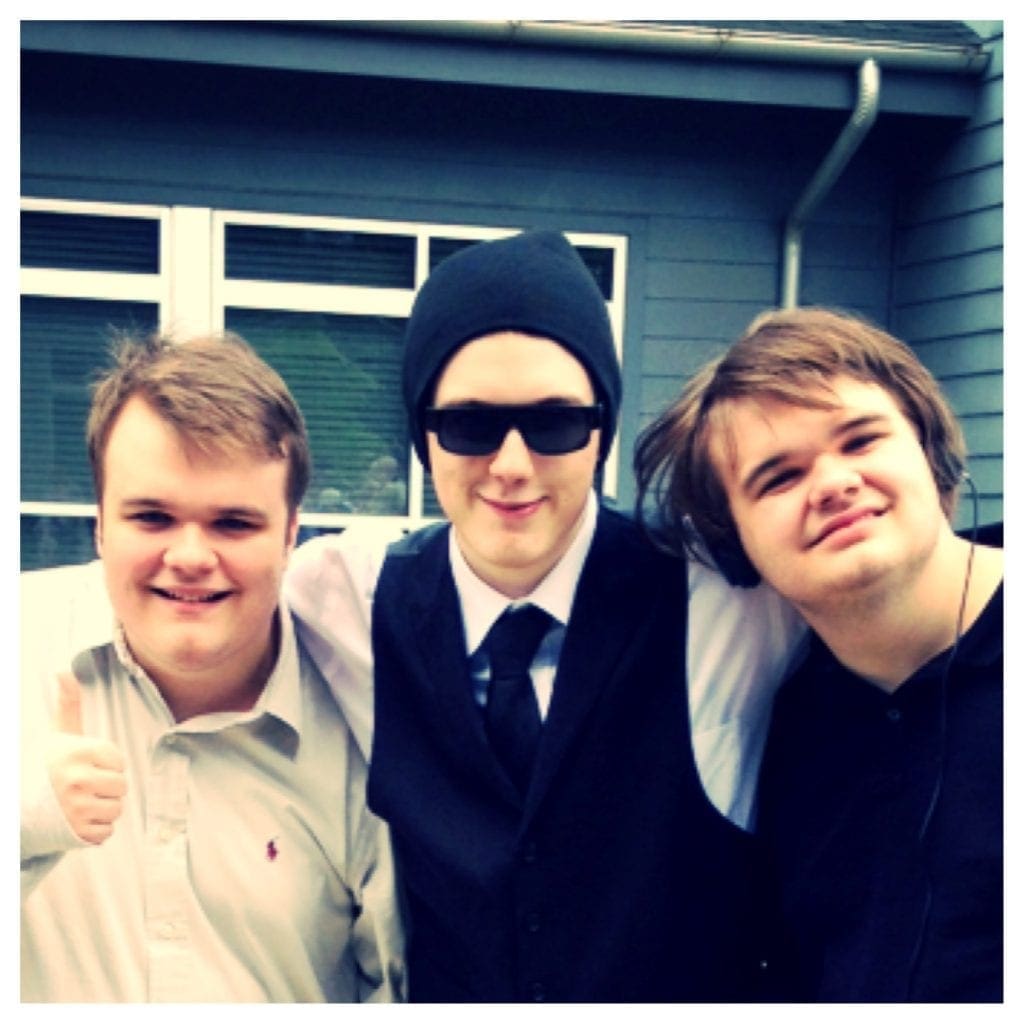 PSN: Can you explain w hat has happened since you received your diagnosis?

Carrie: My boys were two when the doctor looked at me and said, “they’re not exactly walking yet and they’re not really talking. They have autism.” I looked at the doctor like I was completely dumbfounded. I didn’t know, at that point, what autism was. I had no clue what I was in for. I didn’t know anything about it. I said, “well, what do we do about it?” Then they said, “well the schools will handle it when it’s time for them to go to school.” They kind of let me go. I didn’t know what to do. I started doing research on it and started to figure out what this is and what am I up against? Pretty much over the last several years, I’ve been on my own doing this. I’ve been reading as much as I can, looking at articles, reading books and just trying to comprehend what it is, exactly, I’m in for.

Hampten started talking more than Harrisen did. You could actually understand sentences from Hampten by the time he was 3 years old. Harrisen was 4 and a half when you could actually understand a full sentence from him. I would say there i s a 7 t o 8 month difference between their developments. Hampten is more of an outgoing type. Harrisen is definitely a different type of personality. He catches on to things a lot slower than average. Even when potty training started! Children generally are potty trained by 2,3 years old, but my boys didn’t fully get potty trained until they were 4.

Now, they are both in kindergarten because I’ve worked… i can’t even explain how hard I worked. I guess you could say blood, sweat and tears. They’re not in special needs classes and I thank God for that. I want them to have some sort of normalcy with all the other kids. They are actually reading at a first grade reading level in kindergarten. The school is aware that they do have autism (but they do not have an IEP). They do have special needs teachers help them out when we do have problems. They’re not involved 100% if you know what I mean.