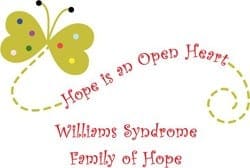 It was a hot November 27th and I wasn’t due to give birth to my little twins until February of the following year. I wasn’t in the best of moods. My pregnancy, up to this point, had been difficult, and today was no exception. I had a feeling something was “wrong”, and we were due for an ultrasound in the afternoon. But our morning was kept busy with our girls Chloe, four and Holly, three. My husband, Adrian, and I attended the ultrasound that afternoon; it showed that one of our twins, our little boy, was very sick. He had a condition called Hydrops Fetalis, and was significantly distressed. An emergency C-section was performed that day.

Through the ether, I heard the doctor telling me “it looks grave”.  After the delivery I remember being wheeled, in my bed, to NICU to see my babies. Twin 1, our little girl Hannah, was tiny but doing fine; twin 2, our little boy, was seriously ill.

I spent the first 10 days as a patient in the hospital, which allowed me to spend every minute with the twins. Hannah graduated from NICU, to the first stage Special Care Baby unit, SCUBU 1, but decided on another short stay back in NICU a little later.

The first priority for Zachary was to drain the fluid that filled his body and chest cavity; so many drains, so many tubes, so many probes, and machines that went beep. Expressing milk every few hours gave me something else to think about. The rest of my time was spent holding the edge of Zachary’s plastic bed, crying and feeling devastated. Zachary was on a ventilator and about a zillion drugs to keep him alive, and after a few days it was necessary to do a complete blood transfusion. This was successful, and his next achievement was going to be to poo. He also had a cranial haematoma.

The time had now come for me to go home and leave my babies behind. It was the hardest day of my life. My husband took the wheel, my two beautiful daughters sat in the back, and I howled all the way home. I cried and cried. I remember pushing my girl’s beds together and sleeping in the middle that night, but Adrian needed me too.

Next was a routine of getting up, putting breast milk on ice, dressing and feeding the girls, and going to the hospital. Our girls were part of the furniture in the hospital crèche, and their world had changed significantly too.

One particular day, I remember skipping into the hospital with Adrian after being told Zachary had finally used his bowels. After walking through the doors with big smiles we were asked into the doctor’s room for a chat. Our happiness turned to devastation as we were told our little man had a coarctation of the aorta. For now they would keep him alive with hourly doses of Prostin and when he was at least 2 kilos he could have surgery to repair his heart. He didn’t grow and had developed a necrotising bowel disease, which hindered his growth even more.

After 5 weeks we were allowed to bring Hannah home. This was to be a short visit because we learned she had Pyloric Stenosis. So back to the hospital she went for surgery, along with Chloe, who had her adenoids out (at a different hospital). I was taxiing my breast milk, love and mothering between two different hospitals and three separate wards, all in the same time frame.

On Hannah’s last night in the hospital Zachary’s cardiologist told me that we were booked on a flight to Melbourne’s Children Hospital for Zachary’s heart surgery, which was scheduled for the following morning. Even though Zachary wasn’t 2 kilos yet, he never would be, if he didn’t have the surgery. After 10 days in Melbourne we flew home, and Zac spent a couple of days back in NICU. He then graduated to SCUBU 1, where his health improved little by little. He would have surgery there for his hernias and un-descended testicle.

One of the other complications for Zachary was his cleft lip and palate. He would not tolerate any oral stimulation and could not suck. He was fed through a naso-gastric tube. It was decided that we could take Zachary home on N.G. feeds, and we fed Zachary 20 mls every two hours; we had a suctioning unit to clear his throat. As you can imagine with the two of us feeding him so regularly day and night there was little time for anything else, especially dishes, which were piled five feet high.

Zachary’s respirations were too fast, and he was constantly turning blue. A chest x- ray showed that he had inhalation pneumonia caused by his very severe reflux; he was very sick. After he was over the pneumonia it was decided that Zachary needed to have a feeding button surgically inserted into his abdomen, and a Nissen Fundoplication was also performed. This is a wrap of the top of the stomach to stop stomach acid from coming back up.

A week or so passed and we brought Zachary home again. He had severe diarrhoea that never stopped. It was so bad that his backside was raw, and we kept him on blue sheets instead of in nappies. We couldn’t go anywhere; we tried but it just didn’t work. It wasn’t too long before he was back to the hospital for the first of his craniofacial surgeries – they repaired his lip and inserted grommets into his ears. When I saw Zachary’s new mouth I was a little torn. Our little man looked so different now. Very cute, but I had become so used to the way he looked before.

I had the services of physiotherapy, occupational therapy and speech pathology. They came to our house weekly and fortnightly with advice and help.

The diagnosis of kabuki syndrome happened around this time. While we were at the Gastroenterologists he happened to mention that the pit in Zachary’s bottom lip looked like one he had seen before on a child with Kabuki. That night we were talking and I asked Adrian what the name of the condition was that the doctor had mentioned earlier today. He said he thought it was something like kabuki, so we looked up “kabuki syndrome” on the internet, and unknowingly we typed in the word that has impacted on our lives for the past 12 years.

It was quiet as we read the synopsis, this was our son and up until now our son just had some medical problems; he was going to be alright eventually. We quietly agreed that this condition was a possibility.

We had an appointment with Zachary’s pulmonary specialist. When we spoke to him and told him all that we had learned, we asked at what age you can tell if a child has an intellectual disability. He looked at us and quietly said “now”. Even though I loved this little man with my whole heart, I had to let go of the image of the son I thought I was going to have.

An appointment was made to see the geneticist. It was really just a formality and I think we knew the answer before we arrived. The diagnosis was confirmed and Zachary’s notes were stamped with the diagnosis of Kabuki Syndrome.

One of the biggest mile stones was eating. He just hated anything in his mouth; he arched and screamed when we tried to feed him. But I pictured him at lunch time in school being fed through a tube while others ate; so for hours a day, every day, we worked on swallowing and eating. It was the hardest thing I have ever done, and I remember thinking at the time that it would never end; but it did. He screamed and screamed when I tried to feed him, and it was exhausting. But every day more and more was being swallowed. His improvement was being helped by his hunger. I would sit him on plastic, with all sorts of food to play with, and one day I put a big bowl of spaghetti bolognaise on his lap. He picked it up with his hands and yes, it was going to his mouth; and yes he was putting it in; silence and anticipation as I watched the handful of wiggling strands of spaghetti; and yes they were going in; he repeated this until it was all gone. He had independently eaten all by himself. It finally happened. He was enjoying food. We look at Zachary today as he’s asking for seconds and it’s hard to imagine any of this.

Babies usually learn the basic stuff all on their own, but I had to teach Zachary everything. To help Zachary with his speech we spent a lot of time sitting in front of the mirror sounding out letters. I would get him to talk and watch his mouth in the mirror. Actually speech was just as much hard work as eating. Until he was five he was completely incomprehensible. So lots of hours were spent teaching him sounds.

Zachary and his twin Hannah started kindergarten. We were lucky enough to find an excellent place not too far away.

It was probably around this time Zachary had his next lot of craniofacial surgery. We decided that while he was having his palate stitched he would have his ears pinned, nose redone, and the pit in his bottom lip removed.

We have been lucky enough to get Zachary into the same school as his sisters – it’s a wonderful school and he has great support. He is given his own work within a mainstream school. In his first year he went up many levels in reading, he can catch a ball, run, and is making friends.

Zachary still has many appointments for his ongoing problems, including kidneys, heart and craniofacial; but it’s all routine now.

Zac doesn’t walk far without someone yelling out “hi Zac”, he is very well liked by his peers, and those who have met him are richer for knowing him; of this I am certain. He is small; half the height of his twin Hannah. Hannah is proud of her brother and will tell you in the first five minutes of meeting her, Zac is my twin brother, with a smile that goes from ear to ear. His sisters, Chloe and Holly, are certainly taken by Zac’s charm, love to share stories, and spoil him, too.

As for my husband, Adrian, and me, I will be honest, the tears never dry up.  In the early years they were fearful tears, we were so scared we would lose him, but these days they are tears of gratitude and joy, and just between you and me; I wouldn’t change him for anything in the world – I love him just the way he is. After learning that our son had Kabuki Syndrome we wanted start a website so other families wouldn’t feel the isolation and loneliness we did, so when he turned five and many of the hardest hurdles where behind us, we did exactly that. In 2004 Supporting Aussie Kids with Kabuki Syndrome (SAKKS) was created.