College Bound: A Journey to Independence

College Bound: A Journey to Independence

Our son, Clayton, started college this fall along with three of his closest friends. Originally, we planned to create a supported living residence for our graduating senior because we felt that his autism would 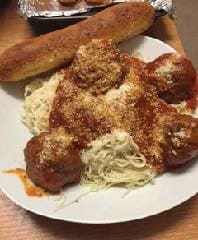 make full independence difficult, if not impossible. We wanted to create a very gentle transition into adulthood, above all ensuring that he was safe. We essentially wanted to create a “big bubble” that would shield Clayton from the difficulties of the world. In a short period of time, we have come to realize that we were underestimating our son, creating unnecessary limits.

When we talked with Clayton, and really listened to what he wanted for his future, we found that he had a very different vision. Although Clayton had struggled in school, he wanted to go to college. His plan was to learn about dolphin research and training. He wanted to live in a dorm like anyone else his age (including his older sister), experiencing new things and gaining independence. Realizing Clayton not only had a right to the lifestyle he wanted, but also many of the skills he would need, we got to work. He and his friends applied and were accepted to a small college in the Florida Keys.

We’re Not in Kansas Anymore

The college had a peer support program and emphasized inclusion, but there were numerous issues students had to face. They would live in the campus housing, have to make their way to classes and complete their homework, participate in extracurricular activities, and take care of all of their own personal needs. They would no longer have their parents around to remind them. 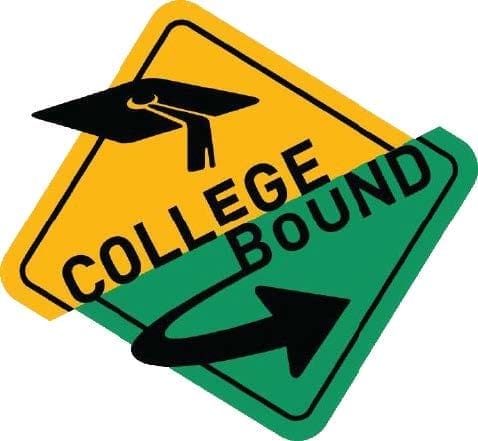 We quickly found that Clayton’s dorm was filthy and nearby rooms smelled of marijuana. Locating his classes and negotiating the busing system would not be easy. Clayton would have to be studious in order to survive academically. He would have to learn to function with his roommates. And he would have to solve his own problems on a daily basis. To help Clayton and his friends adjust to this more independent life, we arranged for a support person to check-in weekly, arrange fun activities, and problem-solve as needed. This was a relief to us, as parents, since we knew she could lend a hand if anything serious (e.g., illness, injury) occurred.

We have been pleasantly surprised to watch Clayton deal with some very difficult situations. Initially, we would talk or text several times per day with ‘how to’ questions. Now he is learning to resolve his own problems. We signed Clayton up for a food plan, but it only covered weekdays. He would have to fend for himself on weekends. Originally, our plan was to provide Clayton with ready-made or easy to prepare foods. Unfortunately, he was accustomed to home cooking. Clayton began searching for recipes, purchasing the ingredients, and following the steps to make his own food. He now makes dishes from scratch.

Clayton also learned that he had to find a balance between responsibilities to his friends and school. One of his friends needed someone to ride the bus with him to therapy at the same time Clayton was supposed to be attending the first meeting of the scuba diving club. His friend was frustrated when Clayton said he had another obligation. Clayton decided to go with his friend and then travel back in time to make his meeting. When the return bus did not show up on time, Clayton walked the 2 ½ miles back to campus to get to his club. Unfortunately, he arrived late and missed his first dive. He now has a better understanding of the importance of saying no (note that we are grateful that he learned this lesson for such an innocuous event, rather than something having to do with alcohol, drugs or other more dangerous circumstances).

Finally, Clayton was excited about the opportunity to volunteer at the dolphin research center, but it was over an hour away from campus. To get there, Clayton needed a ride to the bus stop very early in the morning. He would then need to board the right bus, transfer to another bus midway, and walk to the center. Given his limited experience with public transportation, we held our breaths until we heard that he was safe and sound and having a blast at the center.

Living It Up in the Florida Keys

Clayton’s life in college is not always easy, but he is happy. He has had experiences that would never have been possible if we had kept him in the “bubble.” He has made friends and enlisted support of his teachers, coaches, dorm mates, and bus drivers. He shops, does laundry, gets his hair cut, dines out, and exercises all on his own. He even gave blood. Clayton is making good grades in his classes. He is learning to budget his money. He enjoys his work with dolphins and diving club (where he carved a pumpkin under water this fall to practice dexterity). He hosts dinner parties on Sunday nights to show off his culinary skills. He asks for help when he needs it, but more often just reports his successes.

As much as Clayton has learned through his college transition, we may have learned even more. We recognize that all of the work we did to help Clayton learn to do things on his own and problem-solve have paid off. He has learned to be assertive enough to ask for help and perseverant enough to try to address issues independently. He knows that kindness breeds kindness. We are lucky that we finally listened to his vision and allowed him to become everything he wants to be.

Meme Hieneman, has a Ph.D. in Special Education and is nationally certified as a behavior analyst. She has published a variety of articles, chapters, and books including “Parenting with Positive Behavior Support: A Practical Guide to Resolving Your Child’s Difficult Behavior.” In her professional career, Meme has worked with children with severe behavior problems for more than 20 years.

FREE DOWNLOAD: College is NOW an Option for ALL

College Programs: Closer Than You Think