Baby Steps Tips for Encouraging Your Child Toward Independence 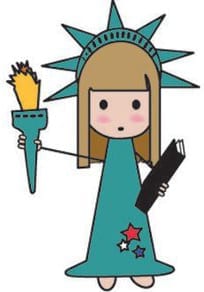 If anyone had told me six years ago that my daughter, Jaimie, would be out there exploring all the new and exciting things the world has to offer, I’d have thought they were crazy. Back then, Jaimie was non-verbal and so scared of the outside world we spent many more days inside avoiding that world than out there enjoying it. Wow! Have things ever changed.

Now, don’t get me wrong, it has not been an easy road. And, in some ways, she still struggles a great deal. But with a tremendous amount of work on our part, her part and on the parts of those on her Sensory Team, Jaimie finally has her feet planted firmly on the road to independence. I can’t tell you what a sense of relief this is!

Your child’s independence is a true gift to her.

It means that she’s able to communicate her needs, recognize when things aren’t right, understand what she has to do to feel better, and she can advocate for herself. Most importantly, it means that her self-esteem, confidence and self-awareness are strong enough to do for herself as much as she can, as well as to know when to ask for help. With Jaimie, we’ve gotten to this point by guiding her through small, slow, baby-steps. Allow me to share some of these with you:

Give her a way to communicate:

The first tool to give your child, and probably the most important, is a tool to communicate through. Before Jaimie started speaking, I taught her signs and gestures to use to express her needs/wants. Even after she started speaking, there were times when she couldn’t verbalize her needs. This was either because she was too upset, too anxious or in ‘freeze mode’ where she wouldn’t speak. Then we turned to having her draw pictures or, later on, write what was on her mind. The ability to communicate in some way is a powerful tool for our kids because it eases confusion, frustration and anxiety on both sides. Just focus on his strongest way to communicate— whether it’s verbally, writing, using the keyboard or signing— and go from there.

Self-awareness involves, not only teaching your child what she’s dealing with, but also how things affect her, what tools she needs to thrive and all the ‘why’s’ in between. Of course, teaching this depends greatly on your child’s developmental stage, ability to understand and the level as well as complexity of his condition. I started talking to Jaimie about what she was going through from the moment someone started coming into our house to work with her. Obviously, at two-years of age, Jaimie wouldn’t have understood any of the technical jargon. But I helped her see that this wonderful woman called an OT was coming over to play so she’d feel better about stuff. As time went on, I shared with her all the things I was learning from our fabulous Sensory Team—at her level of understanding. Teaching self-awareness is also the step in the direction of educating your child how to advocate for herself one day.

Learn and talk about the ‘new stuff’:

New experiences, people or events can feel scary to those kids who aren’t quite sure how or if they’ll be able to function in a new or different environment. I’ve always helped Jaimie learn everything she’d need to know about anything new that comes up including what it is, what happens and how it might make her feel. Go to the library or do research online, show him pictures, even take him to a new place so he has the mental image to reflect on. And encourage questions. The more you and your child talk about the ‘new’ the less scary it will seem. That brings us to the next step.

Give her social stories:

Social stories talk through an event or experience from beginning to end but they also describe things that might happen or how things might feel, sound, smell, etc. Anything that your child might be anxious about is worked into the social story. What this does is give your child a ‘story’ or picture of what to expect, as well as what tools they can turn to if ‘what if ’s’ just happen to pop up. Jaimie’s teacher and TA in kindergarten came up with a fantastic social story strategy for Jaimie that we still use today. (See Sidebar below)

Empower her to make her own choices and decisions:

One thing I’ve never done is forced Jaimie to go on field trips, play dates or other events if she wasn’t ready. Yes, there will be events down the road where there is no choice but that’s what I’m preparing her for, right? Forcing Jaimie into situations before she was ready only caused her to dig her heels in deeper as well as elicit even higher anxiety towards such events in the future. What I’ve always done is encourage her to learn about new things, be here to answer any of her thousand and one questions and encourage her to try. In other words, I provide her with the opportunities but leave it to her to express whether she’s at the point she’s ready to go forward. 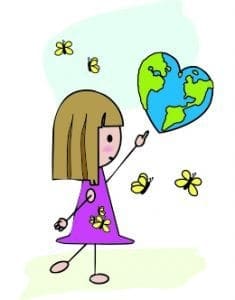 Expose her to the ‘new stuff’ at her own pace:

When Jaimie is finally at the stage where she’s interested in trying something new, we support her decision and get her right in there, based on her willingness and how successful we’ve been in the previous steps listed above. A great idea is to set a time limit, for example, “We’ll go for half-an hour and see how you’re doing after that, okay?”. That way he’ll feel safe in knowing that if he starts to feel uncomfortable, he can leave the scene if he needs to.

Praise her for each tiny step:

As far as Jaimie has come, there are still times where she isn’t able to go the distance. And you know what? That’s just fine. We applaud that she tried the experience: not whether she When Jaimie was in Kindergarten, her anxiety to transition (or even the tiniest of changes) was intense. So when her beloved Mrs. P. was going on a well-deserved week long vacation, she and the TA, Mrs. Young, worried how Jaimie would handle it. That’s when they came up with, ‘Jaimie’s Plan’. 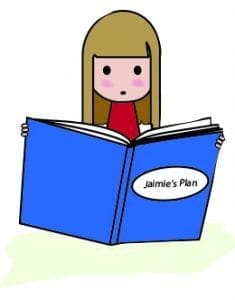 Jaimie has always been receptive to the idea of a plan:

Plans are safe, organized and predictable. Another activity that Jaimie loved was reading. So Mrs. P. and Mrs. Young tapped into both of these areas in creating a calming tool for Jaimie. They created a social story just for Jaimie.

First they got a small lined notebook and named it “Jaimie’s Plan For When Mrs. P. Goes on Vacation” with Jaimie’s picture on the front. Inside is a whole little story about how Mrs. P. was going on a holiday for a week, how Jaimie might feel about it and what she could to if she felt anxious. Then every morning during the vacation, Jaimie came in, sat in her IKEA egg and read the book. After that, she felt calm enough to go and do her work. The main features in the book they created included: Big letters with few words (eg: Mrs. P. is going on a holiday. She will be away for seven days – five school days and two weekend days.)

Jaimie still has the book and we actually made other versions of it for when people came to visit, her first day of Grade One, and other changes she needed to face. How fantastic that these two loving, intuitive teachers created such an invaluable tool for Jaimie. And you can make your own version with very little effort or money.