Fitness as a Gateway to Independence

At one time, Fidele required 10 minute breaks between 30 second periods of exercise. During “break” time he would wander back and forth, play with the odd piece of string or pencil on the table, or engage in such heart-warming stereotypy as banging his hand on his chest while jumping back and forth across the room (interestingly I’ve had several athletes on the spectrum that do this). Yesterday between breaks, Fidele picked up the medicine ball and threw it to me, or began swinging the ropes up and down while laughing. Yes, he still picks the petals off the errant flowers and occasionally hops around while screaming, but physical fitness has provided a means towards independence. 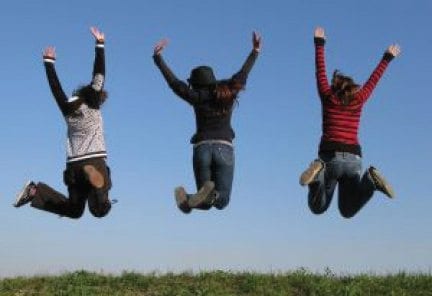 Fitness can be the gateway to better socialization, self-esteem, and independence for individuals with autism and special needs. Last year I ran the fitness component of a healthy living research project for adolescents and teens with autism. Two of our participants formed a rock band together and others began spending weekends together. Throwing around some medicine balls and slamming some Sandbells on the floor in unison seemed to bring about camaraderie, the elusive and desired treasure in the world of autism.

Learning an independent skill requires a process that goes from chaos to order to chaos to order. Chaos is the beginning stage for most individuals with special needs. They can move around, but have difficulty motor planning or performing a specific skill set. This can be anything from a series of hops to setting the table to tying shoelaces.

When I first began working with Mary, she was all over the place. She would bolt after about 5 seconds, would jump up and down (familiar theme yet?), climb things, and occasionally drop to the floor and become a human suction cup against the hardwood of her living room. She had a few really good physical abilities including jumping up and an impressive bear walk. Mary would not, however, do any of these when asked. I used to begin my presentations with a slide that read “Arm flapping is not a workout.” It’s funny because it’s true. This is the chaos stage.