The Gift of a Limb

The Gift of a Limb

Preparing to Receive a Gift:

January 16, 2003 was possibly the darkest day of my life. The sight of our son, Wyatt’s, black and lifeless limb was incomprehensible. Just the week before doctors had tried to restore blood flow to his right forearm and hand. Amputation was not an option – it was essential. Doctors feared further infection and loss of our 3 pound baby’s life.

That cold and windy Thursday was more than I could bear. As they began to roll Wyatt into surgery, the doctor paused, “Mrs. Falardeau, we will do everything we can to save his elbow.” The words stung my heart. Why couldn’t they save his arm? What good was an elbow? I wanted to scream, but instead, I collapsed into my husband’s arms. Later that day, I was admitted to a neighboring hospital for fever, infection, and exhaustion. Part of me died that day. A hope for a “normal life” for our son also withered away.

It would be 11 years later until I would fully appreciate the doctors’ efforts.

I mourned that limb for years. In time I accepted our son’s difference. We tried several prosthetics. Eventually, Wyatt’s greatest joy was pulling it off. At the age of 2 ½ he loved shocking old ladies in the grocery check-out line. Despite his lack of verbal communication, he would roar with laughter when kindly on-lookers gasped, as he waved or threw the rubber arm in the air.

A Friendship Plants the Seeds of Hope:

Like many parents of children with special needs, we are guarded when a news story comes out and promises a cure or a solution. The story of Alex Pring, a 6 year old Central Florida boy, who received a 3-D printed hand and arm designed by students from the University of Florida, prompted a dear friend to call. Her words were full of hope.

I thanked my friend, Trudie, for sharing. She detected the lack of sincerity in my voice. However, she pressed on, “Alex was able to give his Mom a proper hug”! I defensively responded, “Wyatt is a great hugger!”

My emotions surprised me. I didn’t want to open that wound. I had made peace with my son’s difference. He was adaptive and had a great level of self-acceptance. Why did he need a robot arm?

A long pause created an awkward moment. Finally, Trudie said, “will you please promise me that you will at least show Wyatt the video link”? I managed a weak, “yes”, and hung up.

When I arrived home I told showed my husband, Jim, the link. He, too, scoffed, “Wyatt doesn’t need that”! Our son entered the room as we both said in unison, “He is just FINE”!

Wyatt saw the halted video frame and asked, “What is this”? Like a typical, tween-age, digital native, he clicked the link without hesitation. Paralyzed by my own emotions – I froze. What was I afraid of? For years family and friends had prayed for a hand and an arm for our son. Shouldn’t I be celebrating?

Wyatt was riveted. He yelled, “Mom! Dad! I want one of these robot arms! That is super cool! How do I get one? I could ride a bike! I might even be able to paddle a kayak”!

Suddenly, I realized my fears were selfish. I needed to find a way to allow Wyatt a chance to make his own decision.

E-Nabling the Future – Anticipation of a Gift:

Like any well informed Mama Bear, I turned to my favorite source of information, Facebook. I posted a question to my closest 500+ friends. I quickly learned that the volunteer-driven, non-profit, E-Nabling the Future, was sharing design plans and resources – . http://enablingthefuture.org/about/

It started out as two guys: a prop maker from the USA and a carpenter from South Africa trying to help out one child. They came together from 10,000 miles apart to create a prosthetic hand device for a small child. Inspired to make a difference, they gave the plans away for free. This way anyone in need of a device could make them for themselves, or have someone make it for them.

The two original volunteers have started a world-wide movement and have been joined by other “tinkerers”, engineers, 3D print enthusiasts, occupational therapists, university professors, designers, parents, families, artists, students, teachers and people who just want to make a difference. The mission of E-Nabling is to bring these volunteers together to create, innovate, re-design and give a “helping hand” to those that need it.

One E-mail brings the gift of Hope:

The same night Wyatt asked me to get him a “robot arm”, I got a reply from an E-Nabling volunteer named Melina. She provided me the forms and instructions. The next day we set to work measuring and taking photos.

We sent the information off and within a day we had a reply with questions.

We were asked about the movement of Wyatt’s elbow stub: how much movement did he have; could we create a video?  Like a one-take wonder, Wyatt, heart-fully explained how he could hold many things with his alternative limb called, “Armie”. He lifted a basketball to demonstrate his strength and range.

It was at the moment that I finally got it! 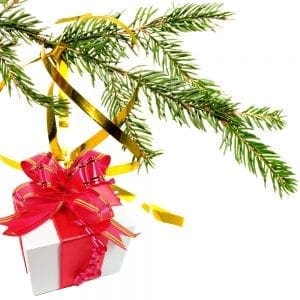 The Gift of Hope:

We became connected with a team of students at the University of Central Florida. They asked for additional information and we have been informed we are on a short waiting list. It was also exciting to learn of the many advances that were being made with children who had similar limb differences and were of the same age.

I guess you might think we would be anxious, but honestly, the idea that Wyatt could have a “superhero” limb fills us with excitement. Wyatt put it best, “I’ve waited this long. A few more months will only make it better”.

In a world filled with instant gratification. I couldn’t feel prouder of his leadership in wanting the limb and his mature patience to wait for it.

This story is really just starting. We are grateful for the spirit of E-Nabling the Future, their founders, and the many volunteers leading the movement. Bringing people together across the globe to help children and adults experience the joy of holding or manipulating an object in the spirit of love is just what the holiday season is about.

Related: Teaching Gratitude How to Teach Your Child Thankfulness

We do not know how long we will wait or exactly when Wyatt will receive his new limb. The anticipation of a “robot arm” has healed my heart. It has given our son hope and opened a pathway to opportunity.

We look forward to sharing Wyatt’s journey to gain his 3-D printed limb. Today we share with you what we know: There is hope. The faith and anticipation that grows from that means one thing – anything is possible – even the gift of a limb.