Emerging Through Autism Through Jewish Music

The beginning: My journey in Jewish music (I’m a “newbie” Cantorial Soloist, songleader and teacher) began after our middle son, Evan, was diagnosed with High Functioning Autism, and was singularly focused after I met Rick Recht. Through these experiences, I learned about the power that high-intensity music can bring to Jewish life. And, all of a sudden, the life I had been living inside the bubble of Autism – therapy, intervention, school meetings, aaaahhhhhh – was transformed into a life that INCLUDED Autism, but wasn’t built around it. NOW, there was music!

A bit of history: When Evan turned one, he had only a ﬁve-word vocabulary, and, within two months, those words were gone. At age two, he was diagnosed with Pervasive Developmental Disorder and, eventually at age ﬁve, High Functioning Autism. He was treated ﬁve days a week by a team of therapists until he was eight. When we moved away, I became Evan’s full-time therapist. Through all of it, I turned to music to keep me sane. As I ﬁlled my car and house with anything from Mickey Mouse and Gymboree to Broadway and rock, what I noticed was that Evan was entranced by music!

Evan wasn’t using language, but he was playing music. He hated hearing loud sounds, but still he would sit and “play” my piano, bang on drums, blow horns, shake maracas and tambourines, and strum the mini-guitar. He turned anything and everything in my house into a musical instrument. I exploited this by using music to engage and draw him out of his self-stimulatory behavior. By the time he was seven, and his older brother had started piano lessons, Evan was sounding out familiar tunes on the piano and playing them with one ﬁnger – over and over again. And then, he started singing! 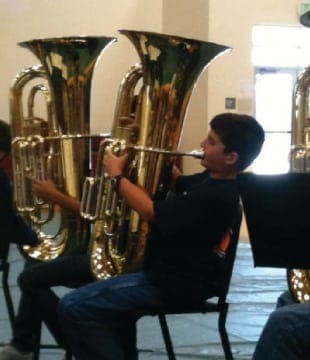 What the pros do: Article after article will expound upon the beneﬁts of music on Autistic students. For kids who are nonverbal, music provides them with their own form of communication. It has also been known to enhance communication for children whose verbal skills are emerging. I believe this is what happened with Evan.

Of course, the umpteen hours of therapy were what mostly saved his life, but the music, which most of his therapists incorporated into their work in some way, always seemed to bring him more to life than any other technique. His group therapist had the kids dance and play games to music, teaching them to interact with each other and communicate in a way that no other therapy could. 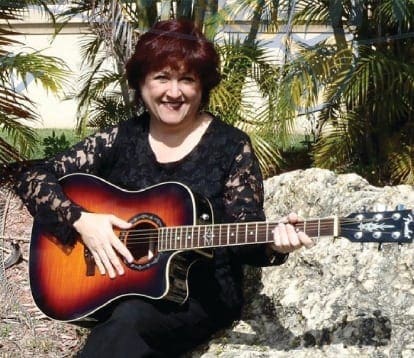 One of our biggest fears: As Evan grew, and his expressive language and behavior improved, he still struggled with receptive language -the ability to comprehend and process what he was hearing and reading. When we enrolled him in Hebrew school, we wanted to ensure that Evan would be able to have a meaningful Bar Mitzvah experience, despite perceived limitations. Judaism is such a huge part of our lives, so for one of our children to not reach this milestone would be devastating. Originally, I was under the impression that in order to become Bar Mitzvah, the student had to chant Torah and Haftarah and lead the service. I had no idea that students with special needs could still participate meaningfully.

The end result: Living in the Autism bubble is a hard life with very little stress relief. Discovering the power of Jewish music changed me as a teacher, songleader, soloist, mom and makeshift Autism therapist. To me, music is THE most important part of Jewish education for young children, for it is through music – learning to SING the Blessings before they are reading them, becoming familiar with the holiday songs, incorporating melodies into their understanding – that they comprehend what Judaism is all about. As a 1st/2nd grade religious school teacher, I bring “extreme creativity” to my students in order to bring their Jewish experiences to life in a positive and dynamic way. I use “Jewish Rock” and “unique music” to expand their horizons and give them the ability to express themselves through music. 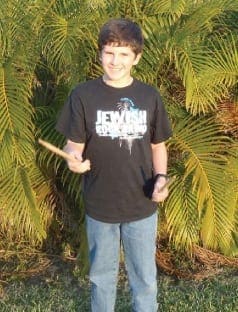 Learning how to merge my faith and the power of the music has also allowed me to guide Evan into a larger world where he is able to ﬂourish and grow. The night that Rick Recht came to perform a concert at our temple was the ﬁrst time Evan got up in front of a room full of people to dance and sing – behavior we had never envisioned! It was a breakthrough of unimaginable proportions that has resulted in Evan becoming a tuba/ drum/piano playing middle-school-band-kid who loves to break dance and sing with Wii Rock Band. He will be chanting FOUR aliyot, an entire Haftarah, and leading most of his Bar Mitzvah service in September 2012.

And, it has turned me into a mom/songleader/ cantorial soloist who wants to teach every Autistic child that it IS possible to achieve anything…just believe in the music!