Breaking Down Boundaries and Uniting People

Did you know that music is the only written language that is the same anywhere in the world? Music does not care what your race is, what language you speak, how old you are, or what physical or intellectual disabilities you have. I wanted to explore real stories of how Music is impacting the special needs community to break down barriers and unite to accomplish one common goal.

I had to start my journey with knowing the benefits of learning to play music. My search led me to YouTube and a video about the Octopus Music School in New Jersey, a music school that caters to teaching music to individuals of all ages with various developmental disabilities like Autism and Down Syndrome. Some are as young as three. Students there can receive one-on-one lessons to learn general music, piano, guitar, drums, voice and strings.

I asked Joseph Fekete, Director of Octopus Music school, to shed light on how music has impacted his students. Here is what he said.

One of our first very young students (under five years of age when he began), who started with our general music curriculum almost three years ago, is now a full-fledged piano student. He is reading notes on the staff, using both hands, and learning our beginner repertoire of songs. It is absolutely amazing to see a child with a disability grow and gain abilities that once seemed so far away and to know that it was our amazing instructors who helped him get there.

What benefits do you see that music has on the special needs community?

In addition to all of the benefits that everyone reaps from learning to play music such as the calming effect of music and having a creative outlet with which to express oneself, students with special needs learn important communication skills and develop their fine and gross motor functions.

I have always wanted to learn how to play the piano but have been intimidated by having to learn to read music notes. How do your students handle the task of learning this foreign but universal language?

With some of our students, especially the younger ones, we use other multi-sensory strategies to relate melodies and rhythms instead of traditional notes on a staff. Many students however have no problem interpreting standard notation, but we are careful to make sure that we are utilizing the approach that is best for the individual.

How does learning music affect the confidence and social aspect of your students? 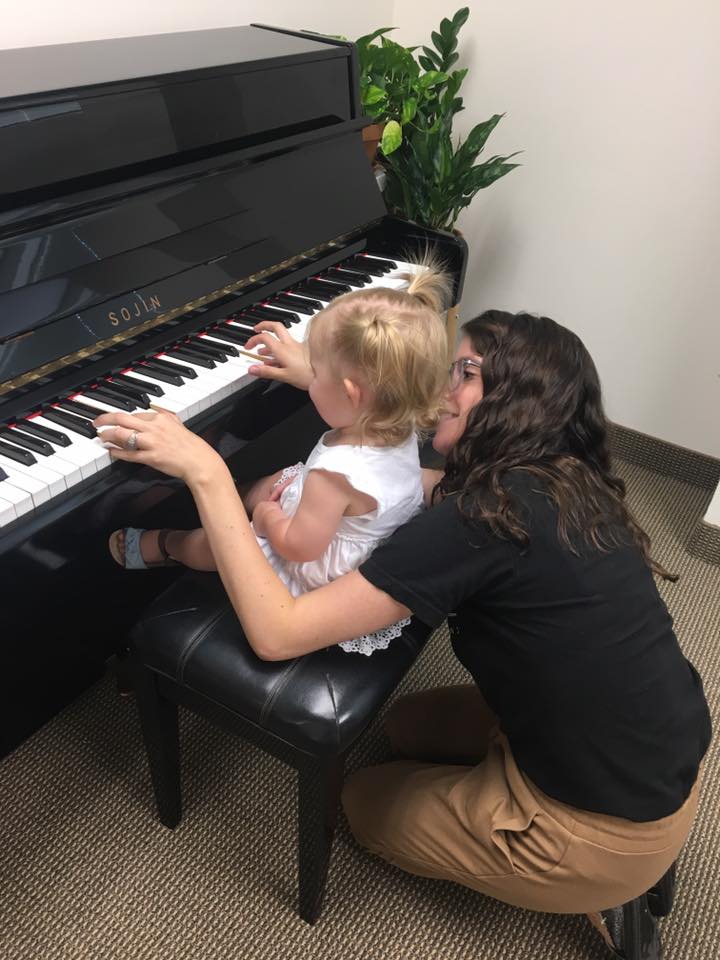 One-on-one instruction creates a situation in which a student must remain engaged with his or her teacher, thus creating a highly social and interactive environment. Because students and instructors are often working on playing a piece of music together, there is an increased level of communication out of sheer necessity which over time, really makes a marked difference in students’ ability and confidence in socializing with others. It allows students to learn a skill that many of their typical peers are also learning.

To learn more about the Octopus Music School visit www.octopusmusicschool.com

“They have inspired people all over the world to see them for who they really are, and not what disabilities 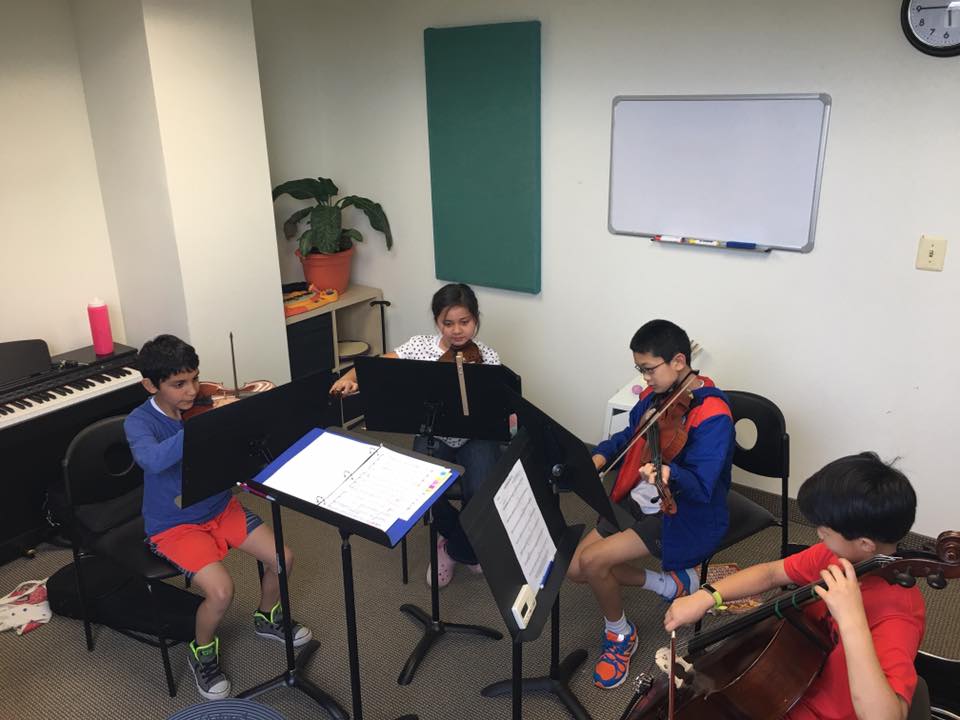 Octopus Music School ensembles playing the string quartet, violin, viola and cello as they preparing for their Spring Showcase!

Having educated myself on the benefits of music, I was ready to find musicians with special needs that have been impacted and are impacting others. I continued my journey on YouTube where I found countless videos of talented individuals displaying their musical abilities. One that immediately stood out and warmed my heart was of a Down Syndrome Trio playing the piano, called “How Far I’ll Go”. Check it out. https://youtu.be/wOTQRsJEBKo

I recognized Jason Lyle Black as being “The Backwards Piano Man” on the Ellen show. I quickly learned he’s more than just a pianist and comedian. Jason is an entertainer, speaker and composer, having created music for Disney’s Frozen movie and arranged piano solos for Artists like Michael Jackson, Taylor Swift, and Maroon 5. But it was the “How Far I’ll Go” video that prompted me to call.

Inspired by the success of his “Up” video featuring his grandparents at the piano, Jason created another real-life story to Disney music, that is not only touching hearts around the world, but sending a message about seeing people for who they really are. He wanted this video to resonate with people and for the message to be visually recognizable, so he chose a trio of three girls with Down Syndrome as the stars of the video; Cami, Joby and Kiley. He knew that if people could see the strength and the abilities that these girls displayed, it would easily translate to anyone struggling with any physical, mental or intellectual challenge; from Anxiety to Down Syndrome.

Some girls had no experience and others had “a little” experience at the piano but Jason jumped right in to teaching these girls, quickly recognizing their individual strengths and musical abilities, as well as their individual personalities and style of learning. After two years of teachings, late night rehearsals and delirious fun, the talented trio of pianists and their trusty comedic teacher, debuted their work of art.

The response was better than they could have imagined; not only did it touch hearts all over the world with over 32K YouTube views in two weeks, but it also raised Down Syndrome awareness, by being shared on CNN and KSL TV, Huffington Post and many others. Feeling proud and accomplished, the girls still continue to play piano. They have inspired people all over the world to see them for who they really are, and not what disabilities they have. 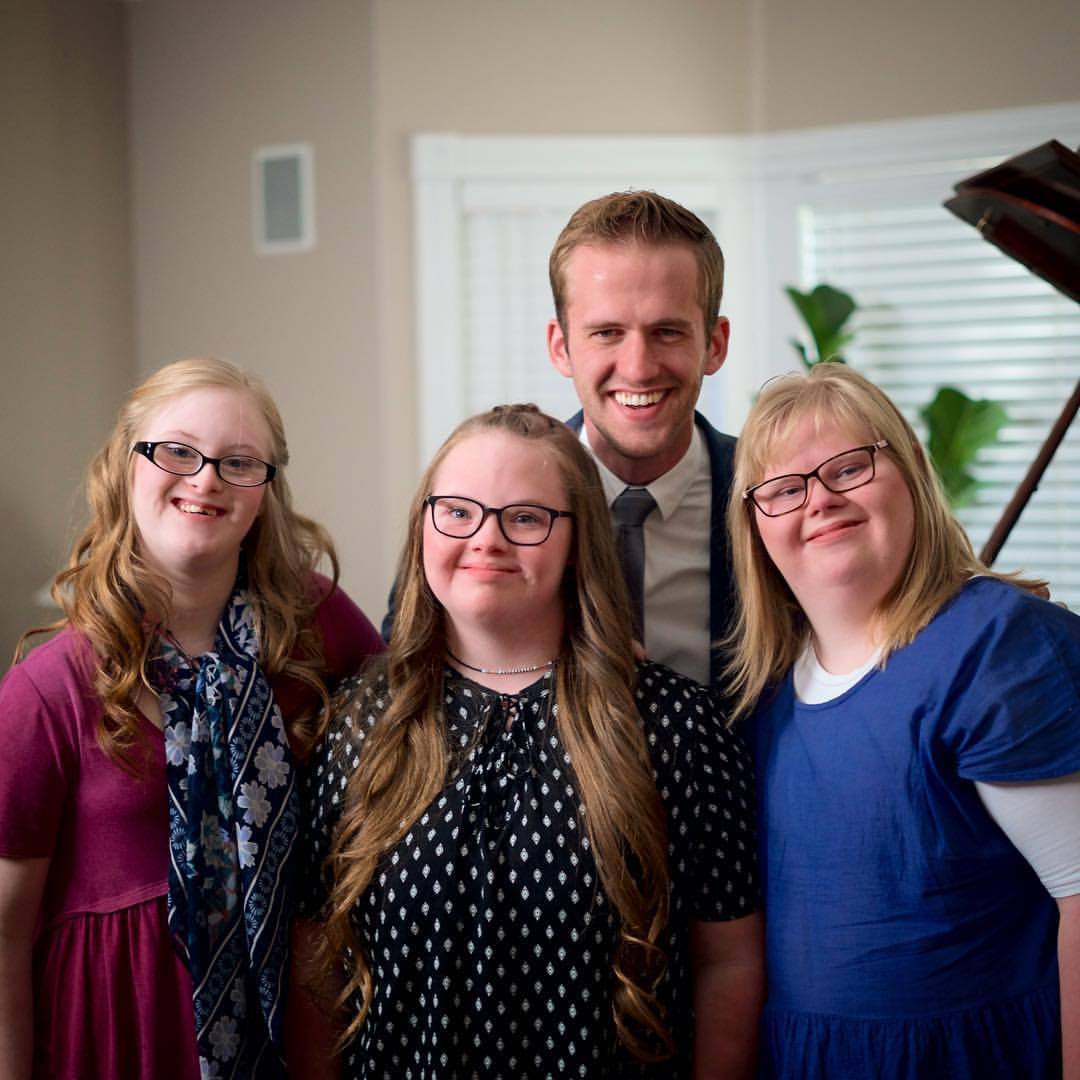 Visit http://www.jasonlyleblack.com/ to also see a video interview with Cami, Joby and Kiley’s mothers, as well as recently released Behind the Scenes of the video.

After seeing Jason’s video, I was pumped, I was excited. I wanted to know who else was taking music to the next level and squashing misconceptions for our community. Again, I went back to YouTube. I guess it was a “tubbing day” for me, no water included. What I saw next sent chills up spine it was so powerful. It was a performance by The FREE Players Drum & Bugle Corps; the first and only differently abled drum and bugle corps marching band in the world! Yes, I called them!

Inspired by his passion for music and Autistic brother, Director Brian Calhoun established The Corps in 2010 to provide opportunities to people of all abilities aspiring to be musicians, dancers, actors and athletes in the Long Island, NY area. Brian has grown The Corps to over 70 members, comprised of 5 sections; a Drumline, Front Ensemble, Color Guard, Brass and Woodwinds, as well as a drum major.

“The Drum Corps is helping to dissolve boundaries and educate the community on the abilities of individuals with disabilities rather than focusing on their differences.”

This group of talented musicians have performed in parades, festivals, competitions and on stages across the country. They made history on several occasions, performing in front of thousands of spectators in arenas and stadiums, including the WGI Percussion World Championships, DCI Eastern Classic, US Bands NY State Championships, NYC Columbus Day Parade, and Battle In the Apple, Walt Disney World.

“By performing in the community, the Drum Corps is helping to dissolve boundaries and educate the community on the abilities of individuals with disabilities rather than focusing on their differences. We hope to continue to make history, alleviate prejudice, break down boundaries and demonstrate that anyone can communicate through the one universal language, Music!” 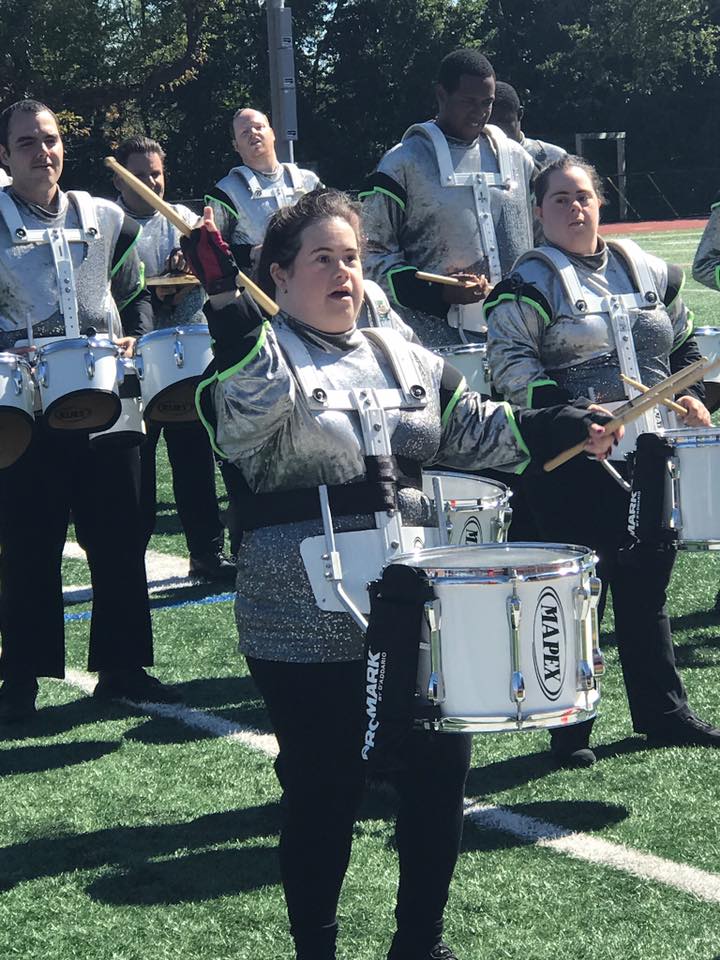 The Drum Corps program isn’t just bringing awareness, they are fostering and promoting independence, productivity and individual development in a fun, creative environment. Brian knows that everyone learns differently; visually, auditory, read or a combination, and he and his staff take pride in understanding how each of his members learn and how to bring out their passions and natural abilities. Brian wants people to be defined by their abilities, not their disabilities. And his members are certainly able, they are doing more than just learning an instrument too, they are involved in every aspect of preparing for a show from naming the shows, writing the narration, story boarding, music writing, and designing the costumes and backdrops. They are learning to work together and to interact with the community in the most positive ways. 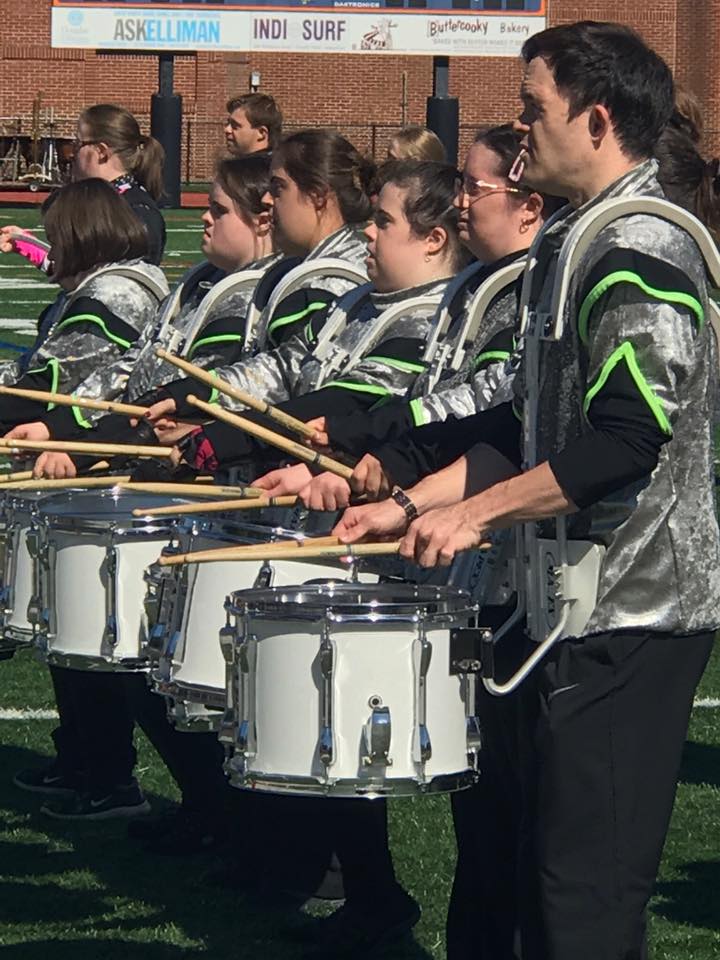 The future is certainly bright for the Drum Corps. Beginning November 8, the Drum Corp will be opening auditions to all of Long Island and in 2018 they will embark on their biggest journey yet as they compete against the best in the world and in front of 15-30,000 people at the Drum Corp International Championship in Indianapolis. To help the Drum Corp reach their $65,000 travel goal you can donate to their GoFundMe at www.GoFundMe.com/FREEDrumCorps. To learn more about Octopus Music School visit www.FamilyRes.org/FREEDrumCorps.