BULLYING: A Real Threat to Your Child & Strategies for Preventing It from Happening

Bullying is a real issue that continues to expand and morph into many different forms, affecting today’s youth. The million-dollar question still remains, “What should be the focus to win the war against bullying and stop it dead in its tracks”? First, we must identify what bullying is and identify the parties involved, and then figure out appropriate strategies to remedy these issues. According to Stopbullying.gov, bullying is unwanted, aggressive behavior among school aged children that involves a real or perceived power imbalance.

Bullying behaviors happen more than once or have the potential to happen repetitively and have a profound negative impact on a child’s psyche and overall well-being in school. It oftentimes prevents a child from participating in a social activity that may have been otherwise enjoyable. Many children develop a “school-avoidance” as a result of bullying and develop psychosomatic symptoms of sickness from a stressful state of mind that is always contemplating ways to avoid being bullied.

Parents and educators struggle to understand why certain kids bully others. Is it that they’ve been bullied themselves and they have a low self-esteem and want to feel some sense of control or power in their lives? Are they not getting the attention they long for and seek it out negatively? 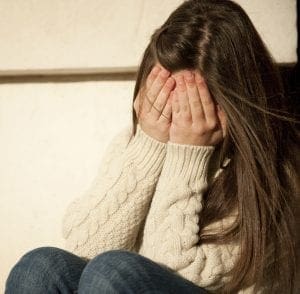 Ultimately, from my experience working with children in a variety of capacities and of different ages for over 15 years, bullying behaviors lie in a longing to feel accepted, valued, and important in some way shape or form. The most successful approach for winning the war against bullying is to not fight at all, but rather shift the focus to a “Pro-Acceptance” model and teach youth about not only accepting others for who they are, but also taking it a step further to embrace and celebrate their unique differences.

What are the most common forms we see happening today among youth?

Despite many bullying intervention programs in schools, bullying continues to take place nowadays and seems to take on additional forms than the typical big bad bully picking on the other kids.

Of course, the more easily identifiable physical bullying still exists. A child gets shoved into his locker, assaulted on the bus, or pushed down a flight of stairs. However, the forms of bullying that educators should be keenly on the lookout for at school, which oftentimes go unnoticed and unreported for longer periods of time, include verbal bullying and relationship bullying.

Groups of kids work to damage a child’s reputation by embarrassing them in public, spreading rumors to hurt their social status, or isolate a child to ruin their relationships with other peers. It could be intentionally choosing to exclude a child from the lunch table, or not being a partner with another student in an activity. In PE class, a child may always be chosen last for a team. In sports, a child is rarely, if ever, passed the ball.

Kids nowadays are immersed into the cyber world, and they face the threat of being the recipient of nasty text messages, pictures, videos, being sent about them. The ramifications can result in some serious negative effects on victims, such as lowered self-esteem, increased depression, and tragically suicide if not promptly addressed.

Are there any strategies that a child can use if he/she is confronted with a bully (or groups of bullies)?

All students should realize that bullying nowadays is punishable by law and is a crime. They should know that their actions on social media including texting are permanently recorded and could have a negative impact on their future if things are inappropriately stated. It is important for parents and teachers to teach a child to be assertive in two situations: One, if someone is bullying that child and two, if a child is a bystander and witnesses someone else getting bullied.

It is important for children to be told to stand up for someone who is bullied. Otherwise, they are doing just as much harm allowing the bullying behavior to perpetuate. The statistics are staggering. 95% of teen social media users who have witnessed cruel behavior on social media sites indicate that they have seen others ignore this mean behavior. 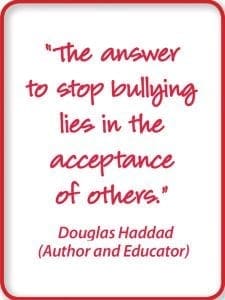 For more information check out Doug’s official website below.

Douglas Haddad is a public school teacher, nutritionist and the author of parenting/child guidance book Save Your Kids…Now! The Revolutionary Guide To Helping Youth Conquer Today’s Challenges and co-author of Top Ten Tips For Tip Top Shape: Super Health Programs For All Professional Fields. doughaddad.com