Merriam-Webster defines addiction as a compulsive need for, and use of, a habit-forming substance characterized by tolerance and by well-defined physiological symptoms upon withdrawal. After reading that definition, could you possibly be addicted to sugar? 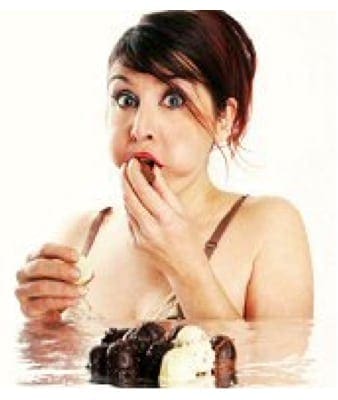 According to the USDA, the average American consumed 151 pounds of sugar in 1999—an all time high. Since then, consumption has dropped slightly and in 2010 the average American consumed 132 pounds. Most of that sugar consumption comes from the beverages we drink on a daily basis, such as fruit drinks, sodas and sports drinks. The rest of the sugar we consume comes from condiments, pastries, cookies, cereals and yogurt.

Four grams of sugar on the label is equivalent to one teaspoon of sugar. One cup of your favorite cereal can easily have 20 grams of sugar, which equals five teaspoons of sugar. Most people will consume more than one serving of cereal in one sitting and many may even add more sugar to the cereal!

Christina Bartlett is a Registered Dietitian. She graduated from the University of North Florida in Jacksonville, FL, with a Bachelors Degree in Health Science/Dietetics. She then pursued her dietetic internship with the Mayo School of Health Related Sciences in Jacksonville, FL. She currently has three jobs in the dietetic field. She works in a pediatric physicians office, in an outpatient VA clinic and owns her nutrition consulting business called Everything in Moderation (www.eimnutrition.com). In all of these settings, the most important goal is to provide the patient with the best interdisciplinary care. Working as a team, making sure the patient has all the tools they need to have a healthier life, is number one on the list. She currently teaches classes and educates patients on various nutrition related topics such as, diabetes, gestational diabetes, heart health, renal, weight loss/gain for adults and children, tube feeding, gastrointestinal issues, and many more. She makes sure the education she provides is tailored to the patient and that it can actually fit into their daily routine. Everyday is different due to her various work environments. She states: "working as a dietitian and having these great opportunities to work with people in three very different settings, makes my job very rewarding."