Changing Lives,One Goal at a Time

Team sports are one of the defining experiences of childhood. Weekday practices, Saturdays on the field, victory, defeat and a sense of purpose and accomplishment are all part of growing up. American Youth Soccer Organization (AYSO) provides that experience for thousands and thousands of kids across the country, including a large number of players with disabilities who participate on VIP (Very Important Player) teams.

VIP teams are made up of three or more players and can be organized based on mobility or ability, gender, age or size, according to the needs of the Region. Buddies are non-disabled persons who can be on the field to offer support and encouragement to the athletes during play. The program is staffed entirely by volunteers. 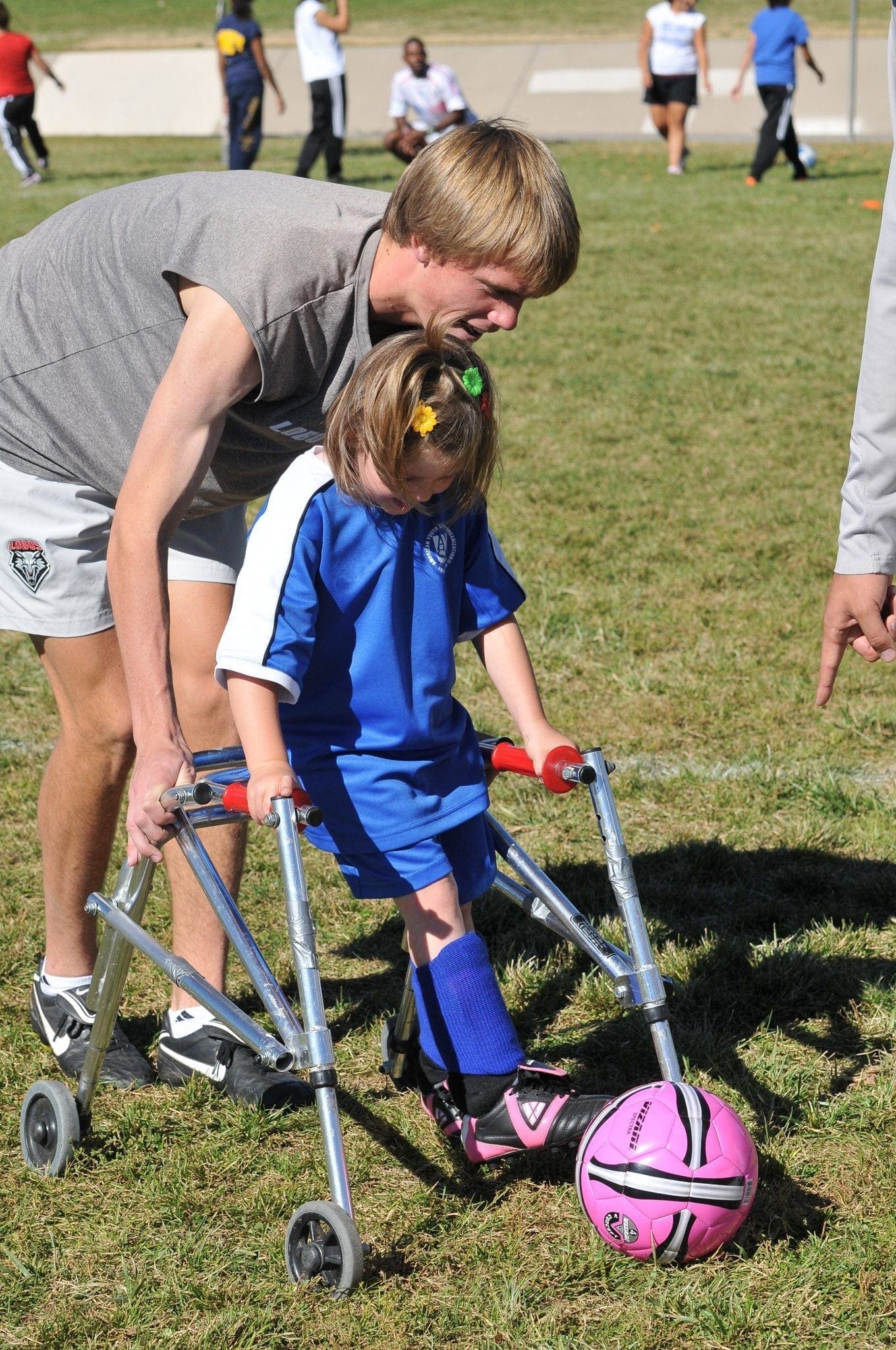 “Her friends were all involved in team sports. Well, Lucy can’t do that, so she has always been a spectator. With AYSO she gets to do the warm up like a regular team player. She has a jersey – and the jersey is critical. She has practice. The buddies are just amazing with her,” Jamie says. “She loves it. Her friends have their club volleyball, and she’s got AYSO soccer. She’s just like all the other kids. She feels like she is a part of something.”

It was difficult for the Meyers to find a team sport program for their daughter.

“It’s complicated to get that many kids together with that kind of dynamic. You can’t hire someone to do that,” Jamie says. “With VIP, she’s learning in a really safe environment how to do sports and how to be on a team. It’s so important for development. She is learning how to pass the ball and that it’s not just all about her – it’s about the team. If you could see her face – it says it all.” 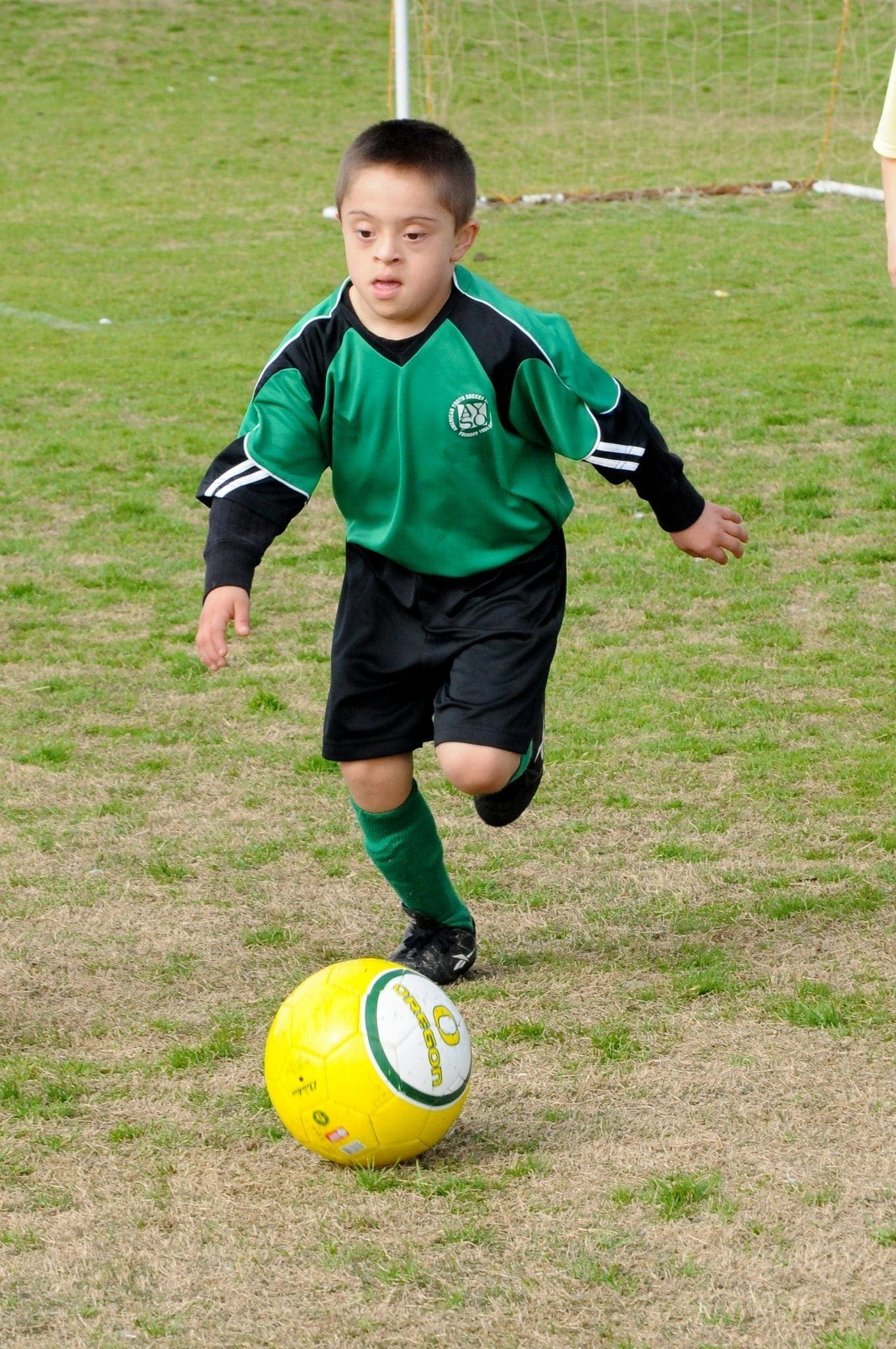 Lucy says she loves soccer and plans to play for a long, long time.

“Soccer is awesome. I just like being with the kids and helping them and kicking the ball and being who I am. It is a lot of running, but it’s fun. I just love it,” she says.

Coach Don is a big part of the great experience Lucy is having with VIP. Don Randolph and his wife Suzanne started the VIP program in Region 69 nearly 7 years ago. Their son Charlie, now 18, has autism, and they wanted to give him the soccer experience his older sisters had.

Does Charlie enjoy playing soccer with his dad?

“Yeah!” is his enthusiastic answer. 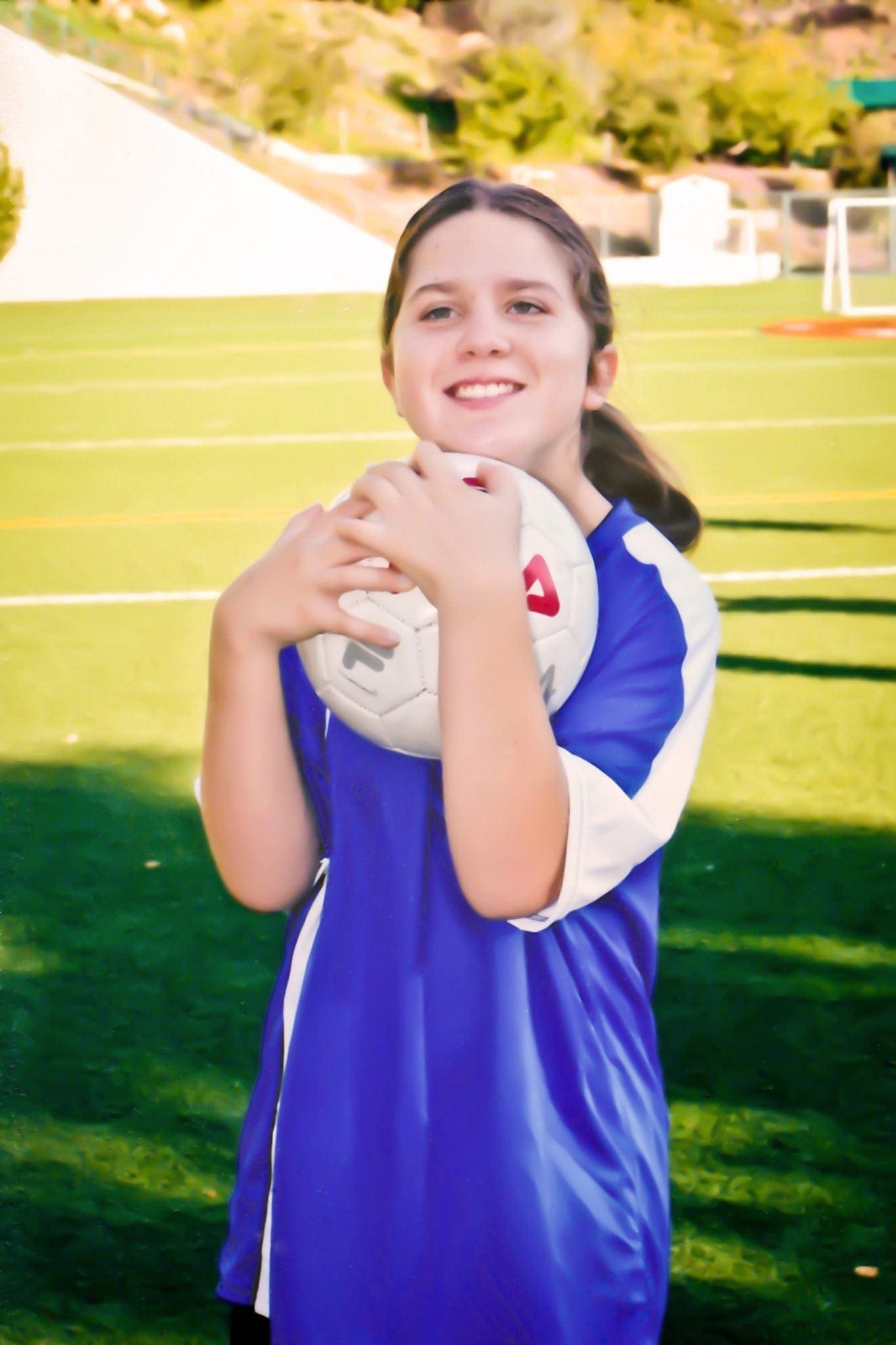 “He’s been involved with the program ever since we started it. Before that he was dragged/invited to attend my two older daughters’ thousands of games,” Don says.

Patience, flexibility, optimism and how to enjoy the moment are just a few of the lessons VIP volunteers learn.

“When the season starts I tell the coaches and buddies ‘we always get as much out of the program as the players.’ Learning from them and seeing the happiness on their faces is as uplifting and rewarding as anything you could do on a Saturday morning,’” Don says. “My experience is that everybody learns from their interaction with the special needs kids.”

“We have one player who has been with us from the beginning, who has no words and shows no emotion on his face. But over the years, with the devotion of his mother, of course, he has learned to give me a special greeting when he comes on the field and when he leaves, reminding us that he is in there. But you just have to be patient to experience his personality,” Don says.

“I have another player who is very skilled, but on many occasions he will be sprinting down the field in full control of the ball and when he sees me on the sideline he will stop in middle of the play and ask me which car I drove to the game that day,” Don says. “You never know what to expect.”

“Our motto for the program is “The buddies are beautiful, the sun is always shining, and the score is always tied.’”

Many VIP volunteers have children with disabilities, and that is what motivates them to participate. Coaches like Mike Shirley, Region 168, consider themselves lucky to contribute to what VIP does for their children and others.

“I would have to say that one of my favorite moments is the first day of every soccer season. It is such a great feeling to see all the returning players and their families, along with some new kids as well, all coming back with smiles on their faces and excited to be part of a team,” Mike says. 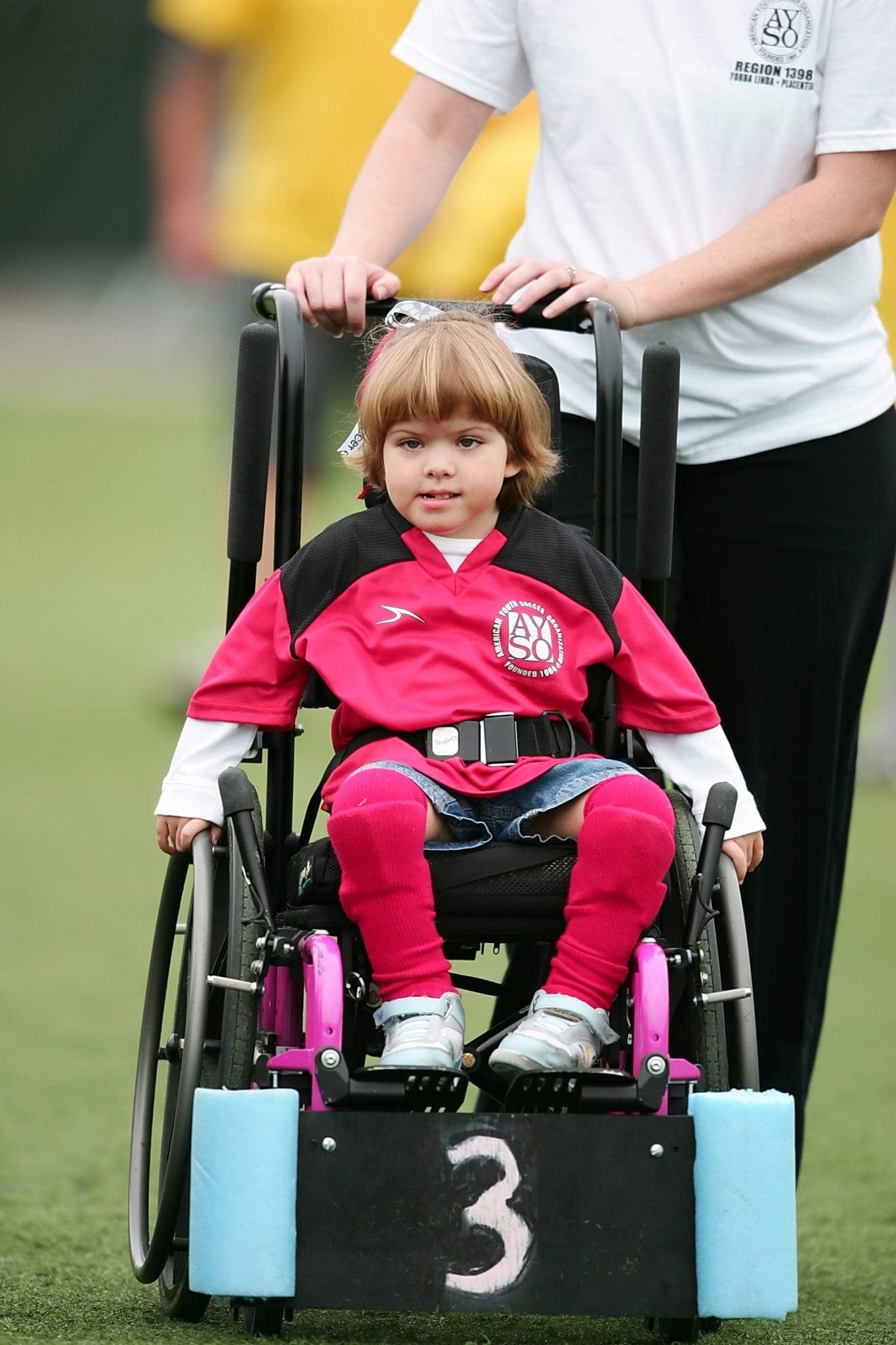 “Seeing the positive effects sports have had in our son Chase drives me to want to share the benefits of adaptive sports with others,” Mike says. “I also enjoy being able see first hand the difference playing soccer has on each of these kids, how it improves their social skills, self-esteem, confidence and the way it bring families together to support the program and each other.”

Dick Wilson is a former executive director of the AYSO National Support & Training Center. He played a part in creating VIP. Early on, he got a call from a parent and he wasn’t at all sure the call was going to be positive.

“This mother called me and she said, ‘Mr. Wilson, I’ve got to talk to you’ and I thought ‘Oh, boy, here it comes.’ So she says ‘We have a son who is autistic. We have two other children playing and my husband has coached them. We’ve tried to make our son a part of everything, even though he couldn’t play, and then you started this program,’ and I thought ‘here it comes,’” Wilson recounts. 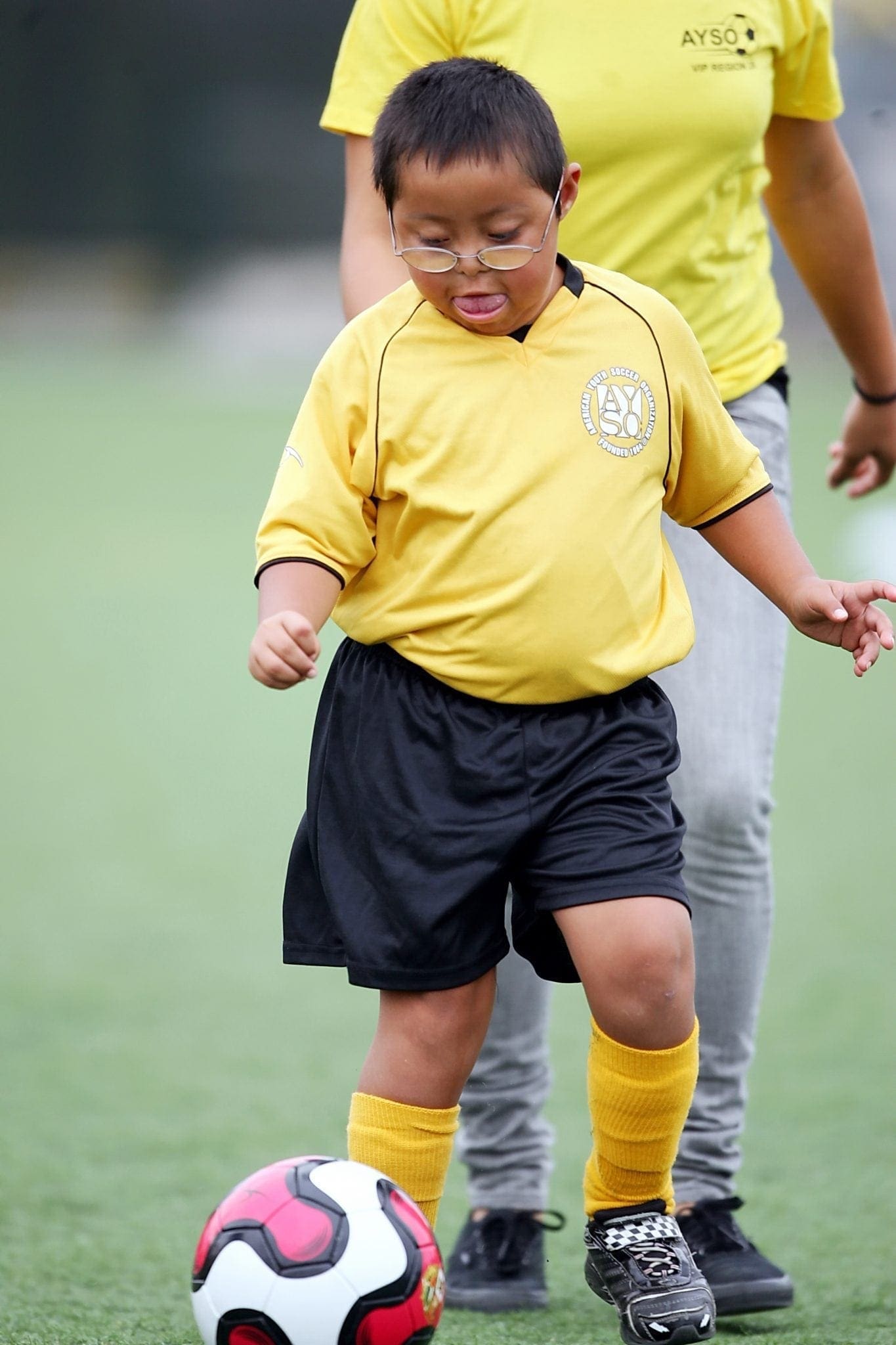 “Then she said ‘I just took him to pick up his uniform and we got in the car and he held it to his chest and he didn’t say a word. He’s usually very talkative. Well, we got home and he went running in the house screaming ‘Dad, dad, I’m a real kid now.’”

Regional VIP programs can be created with just a single team that plays a mainstream AYSO team. The program is flexible and can be designed to fit the needs of the players in the Region. Each VIP program operates within the existing structure of an AYSO Region/Area to ensure that volunteers and players have the full support of AYSO and its resources.

“VIP is a priceless experience for parents and their children. There is a true need for this program in every community,” says Colleen Dalit, AYSO’s National VIP Coordinator.

For information on existing VIP programs or on how to start a program, contact Colleen at vip@ayso.org or (800) 872-2976. 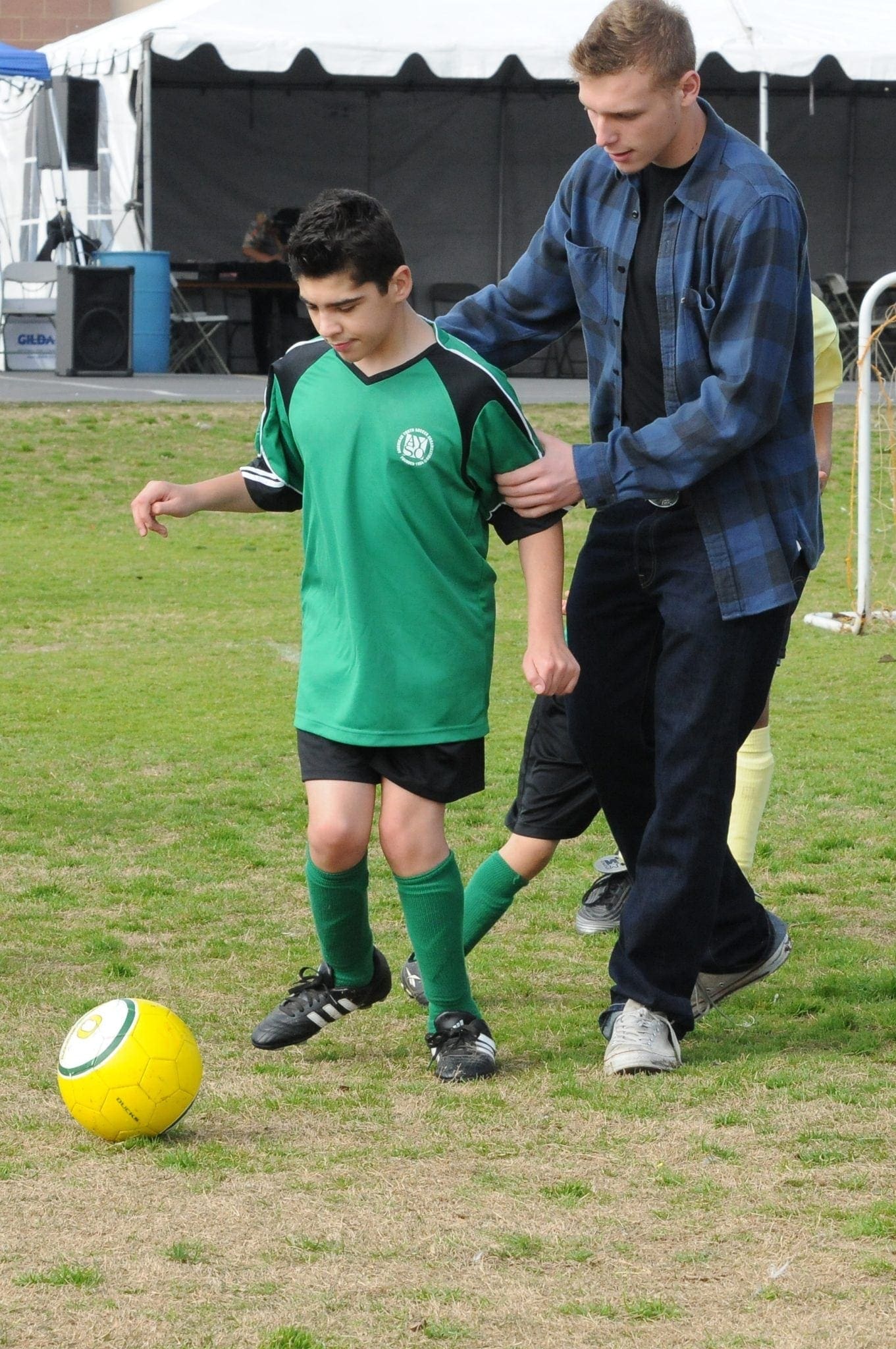 Melissa Bean Sterzick is a freelance writer who lives in Los Angeles with her husband and two daughters. She has played, coached and refereed for AYSO, and was the editor of PLAYSOCCER from 2002 to 2005.