Special Olympics Success and Encouragement for All! 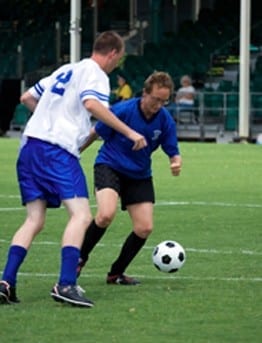 PSN loves to share stories of success and encouragement. As a continuation of our Special Olympics story, we wanted to share this touching story with you. We received this wonderful story from Pam Torre about her daughter, Trisha. We feel it exemplifies what each of us strives to do every day…..to have our child become independent and reach his/her potential. We hope you find some degree of hope and joy from reading it as we did.

Trisha received word through a statewide nomination voting process that she was selected to be in the 2009 Hall of Fame.  She will be honored at the 2009 Annual Leadership Conference on Saturday, July 18th, 2009. She will be speaking at the luncheon as well. As you can imagine, I am very proud of her and what she has been able to accomplish. Past Hall of Fame Winners have included: Proctor and Gamble, Publix, Winn Dixie, and Walt Disney. So, it is indeed an honor to have her name included with those wonderful, generous companies..

I wanted to share what Phyllis Youngling of Special Olympics wrote about Trisha when she nominated her. Yes, I am bragging about my child, but, as most of you might know, it has taken many years for Trisha to get to this point. I also wanted to share so you would know that Special Olympics is so much more than just sports……………
From Phyllis Youngling:

Trish Torre has been involved in Special Olympics for seventeen years starting out in her home State of Kansas.  Twelve years ago, Trish and her mother moved to Vero Beach, Florida. She immediately became involved with Special Olympics in Indian River County, Fl. Her athletic competition at that time involved bowling, aquatics and athletics. In addition, over the last few years Trisha has become involved in both tennis and soccer. Trisha has competed at area and state games where she has been a gold and silver medal recipient in bowling, aquatics and soccer. Her soccer team just received 1st place at the state games at the Disney Wide World of Sports in Orlando.

When Trish first became involved in Special Olympics Indian River County she had very low self esteem, unable to make eye contact with anyone, and unable to voice an opinion. She has now become very vocal in her opinions and confident in what she does. Her self esteem has grown over the years as has she. In 2005, she attended Governance Training and as an Athlete Leader became one of the founding members of the Indian River Athlete Input Council. She has become one of the main leaders/facilitators of our council and participates in all ALP’s local projects. As she grew in her facilitating skills, she was able to become a contributing member of two Athlete Congress sessions in Tallahassee, Fl.

Because she wanted to be able to speak to larger groups and be helpful in recruiting more athletes, she attended training to become a Global Messenger. Trish became adept in developing new speeches targeted at different types of groups and this has resulted in new athletes, coaches, mentors and ALP members. She has given over twelve presentations and media interviews since being trained. This includes her first presentation which was to the General Session at the Leadership Conference along with Loretta Claiborn and a 3 hour interview for Vero Beach Magazine. They were so impressed that they did a cover and a 3 page story which got Special Olympics Indian River County more community awareness than we could have ever dreamed of. One of the most impactful speeches Trish has given was her acceptance speech upon being selected as an eligible recipient of a Habitat for Humanity new home. The competition was fierce and she had to pass several interviews and question sessions to win this honor. “Brave in the Attempt” had a whole new meaning in this competition! To our knowledge, Trish has become the only Florida citizen with intellectual disabilities to, on her own merit, become eligible for a Habitat Home. To receive a Habitat home, the potential recipient must be willing to perform more than 300 hours of sweat equity and raise $1700 for the down payment. Trisha has gone over in both categories. She was also required to take and pass courses in home management and finances. By the time the house is finished and presented to her in June, she will have helped put up a roof, insulation and drywall. All this is in addition to: painting, landscaping, and clearing and cleaning houses and lots.

Trisha has also developed a strong work ethic from being a participating member of a team. When her hours were cut back at Publix because of the economy,  this ethic enabled her to decide that she needed a second income if she was going to be able to pay her down payment and her mortgage every month. To accomplish this, Trish started making jewelry and selling it at craft shows and to friends.

As an Athlete Leader and athlete who desires to be in the best shape possible, Trish has been a shining example of what a healthy athlete is. She “walks the walk” and “talks the talk”. Since advocating for healthier lunches at all S.O. competitions and during Athlete Congress as well as encouraging athletes to take Healthy Athletes Health Promotions seriously, Trisha has lost over 35 pounds. She is eating healthier and stepping up her daily exercise program. This has been an inspiration to coaches and athletes alike!

Volunteering for Special Olympics Indian River and Special Olympics Florida is close to her heart so that she can help give back to Special Olympics. She works the Torch Run and in-store Publix-Icon promotion and the Knights of Columbus Tootsie Roll fundraisers annually. She also works the ALPS tents at Area and State games recruiting coaches and mentors. The best recruiting story yet is that she persuaded a Healthy Athletes Fit Feet doctor, who happened to walk by the ALPS Tent while he was on break during the 2008 Fall Gems, to assist with the ALPs program back in his county. Trisha has also become an assistant at both bowling and soccer practices.

As if that wasn’t enough,Trisha volunteers in her community. After being in Scouting for 8 years she was named a Scout Leader in 2008 and is responsible for helping the more challenged special Scouts in meetings and also on field trips.

We should not be surprised at Trish’s accomplishments. Like so many others, she has learned over time so much from Special Olympics and Athlete Leadership that has contributed to her becoming a confident person who voices her opinion, a Publix Associate, an Athlete Leader, a role model and mentor for athletes, a community volunteer, a great sportswoman and responsible citizen. Listening to her share her story as a guest speaker to the 500 participants attending the SOFL Annual GALA on February 14th put all of her accomplishments in perspective. It is too bad more parents and people in Florida cannot hear her story to understand how deeply Special Olympics affects people’s lives and how they affect others lives.

To watch this shy athlete who,12 years ago, would not look at you or voice her opinion morph into an accomplished athlete, leader, and volunteer has been one of the most inspiring experiences we as volunteers, athletes, coaches and mentors could ever experience. We are very proud to Nominate Trish Torre for the Special Olympics Florida Hall of Fame.

Thank you Phyllis for sharing this touching and uplifting story!!