“When a man becomes a fireman, his greatest act of bravery has been accomplished. What he does after that is all in the line of work”. This quote about a fireman is very fitting when describing our Super Dadvocate, Pete Villasuso. Pete, a Firefighter/Paramedic for St. Lucie County, has become an advocate for helping First

Responders get necessary training in order to better communicate with, handle, and treat people with autism. We’ll let Pete tell you about himself and his family in his own words. GO PETE!

First, I’m a husband to a beautiful soul, Sharon. Second, I’m a Dad to three amazing children. Finally, I’m a firefighter/paramedic for the Saint Lucie County, FL. Fire District. Back on December 12, 2012, my oldest son, Ethan, was diagnosed with Autism Spectrum Disorder/PDD-NOS. PDD– NOS stands for Pervasive Developmental Disorder-Not Otherwise Specified. In other words, it’s the diagnosis that’s used for someone who has some, but not all, of the characteristics of autism or who may sometimes have relatively mild symptoms. For instance, a person may have significant autism symptoms in one core area such as social or verbal skills, but have mild or no symptoms in another core area such as repetitive behaviors like stimming.

I’m one of five boys; the middle one to be exact. I was born in Brooklyn, New York, but raised in Miami, FL. My life could easily be a movie. I was on a TV show called Fame or Shame. It was an MTV talent show during Spring Break of 1996, I think. I did an impersonation of a T-Rex. It was my 15 minutes of fame. I’ve broken hearts and had mine stepped on a few times. But, that was all part of God’s plan for me to meet the right girl in Sharon. I was a volunteer firefighter in Alachua County but never got hired until Sharon came along. She made me a better man and I got myself the badge. We have been together for 17 years now. We have been to Dublin, Ireland; Las Vegas, NV; N.Y.; Chicago; Canada and Atlantis in the Bahamas to name just a few. Our life has truly been a dream. When we had our first child, we felt like a family. Then, rather suddenly, my son wasn’t acting like his niece and nephews. He cried at family gatherings for hours as a toddler. By his fourth birthday he could only say a few words and was socially awkward around other children. It was at that point that my wife decided to have him evaluated at the Dan Marino Center. He was subsequently diagnosed with Autism.

I first started going to Autism Awareness Training for First Responders just to help me accept it better. The more I learned, the more I realized the information needed to get out there to anyone and everyone who would listen. People with Autism need compassion and understanding, not pity or fear. The more we know about it, the more we can help bring Awareness and Acceptance.

My goal would be for all Firefighter and Law Enforcement Officers to have some kind of Autism Awareness Training.  Awareness is vital to keeping our loved ones safe. Also, I would love to see more Fire Departments doing an Autism Awareness Campaign in April (Autism Awareness Month) of each year. It just takes one inspired person to bring about change.

One thing I’ve learned is to never give up. When you get sad, remember you’re being sad for yourself. Your child is happy, loving and different. He may never play QB for the Gators and that’s okay. It’s my dream for him not his. 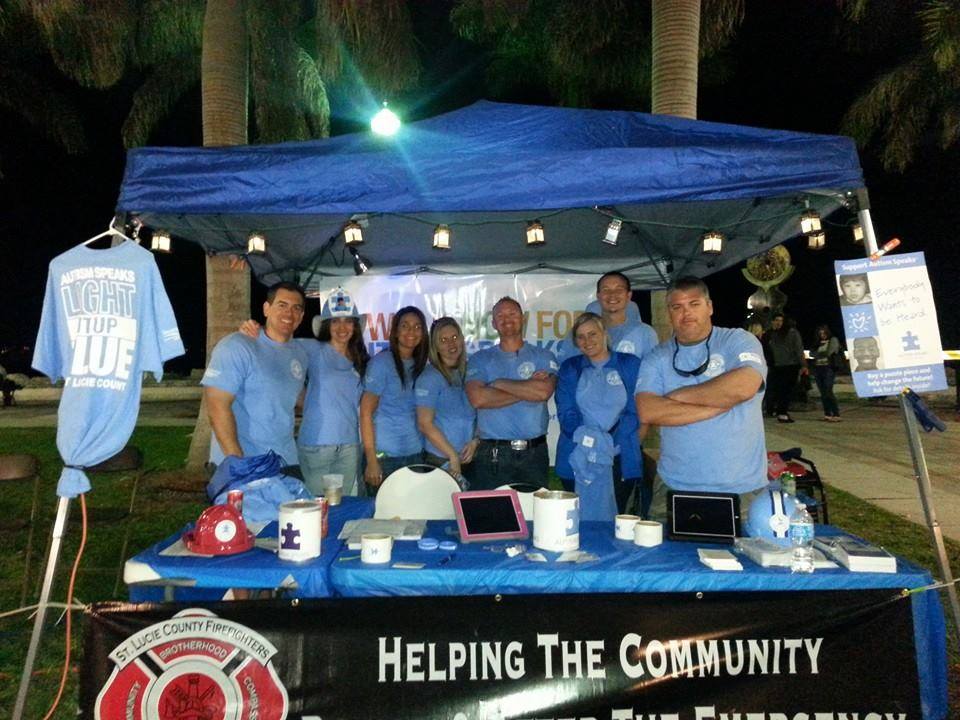