I am Mikey, I’m 19, and I live in a village just outside Birmingham, England in the UK. I live with a diagnosis of verbal dyspraxia (apraxia) and was diagnosed when I was two and a half years old. It was very lonely, growing up with a neurological speech disorder that very few people had even heard of. As a family, we struggled to find any information about verbal dyspraxia (apraxia) when I was first diagnosed. That was 17 years ago, so we just accepted it and began our lonely journey of fighting for my voice.

When I began school, it very quickly became apparent that my diagnosis also affected my reading and writing which made all aspects of the curriculum out of my reach. Not only was I a young child fighting for a voice, but we also had to fight for the support I needed in school to have any chance of achieving something with my life. So, my journey with special educational needs began. It wasn’t easy being a young child in school, feeling so different from my peers, but once the support was in place, once again, we just accepted the life we were given.

Although I initially fell four years behind my peers, by the time I was 11 years old (due to securing a place at a senior school with a learning support unit and the right support being in place), I left school not only all but catching up with my peers, but having passed all my GCSE’s except English. I did, finally, pass that on my 3rd attempt!

At the age of 13, 11 years after receiving my diagnosis, feeling fed up with the loneliness, I wrote a poem about living with verbal dyspraxia (apraxia) and how I wanted more awareness. This was the first time that I had ever expressed my feelings about the issue, and it sparked a conversation with my mum about what we could do to raise the profile of my diagnosis. That is when ‘Mikey’s Wish’ was born. I decided that if I felt this way, others must, too. So, I set up a Facebook page and began to share my story. My hope was to raise the profile of verbal dyspraxia (apraxia), and if I helped just one other family feel less alone in the process, then that would make it all worthwhile.

Since then, my Facebook page has grown. I spoke at the 2019 Apraxia Kids Conference, recorded a video for the Apraxia Kids – Brasil Conference, and recorded a video for a University in Canada to use in one of their courses. I have become an ‘Expert by Experience’ at Birmingham City University, where I will get the chance to speak to trainee speech and language therapists about my experience of growing up with verbal dyspraxia (apraxia).

Throughout my special educational needs journey, I also realized that I was lucky to receive all the additional support. There were so many children missing out on help due to funding, so I also decided to raise money to support children with additional needs. I have donated £11,000 (about $14,600) to the SEN department in my old primary school. This has helped children gain access to speech therapy, small group work, and Lego therapy who would have been missed due to funding.

My ‘Wish’ is that no other family feels the loneliness that my family and I felt when we started this journey and that every child receives the inclusive education that they deserve.

I am very honored to have been recognized by the Prime Minister in receiving a Points of Light award for the work I do and receiving many other amazing awards. Although I don’t do it for the recognition and awards, the recognition helps raise awareness for verbal dyspraxia (apraxia). 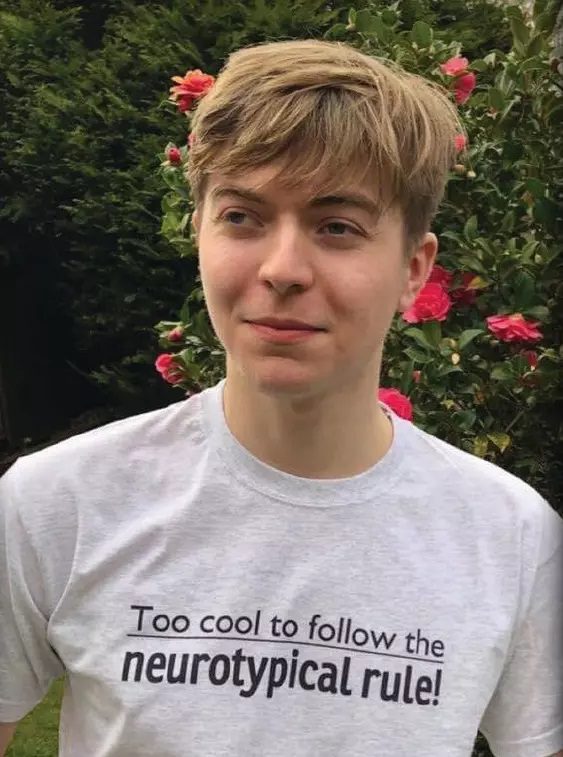 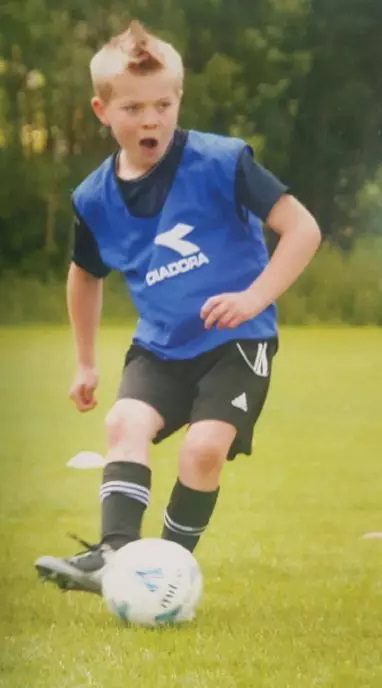 From a very young age, football (soccer) has been a release for me. It’s something I could do well without having to speak. 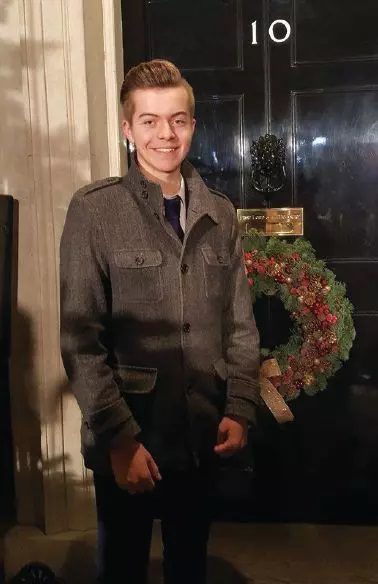 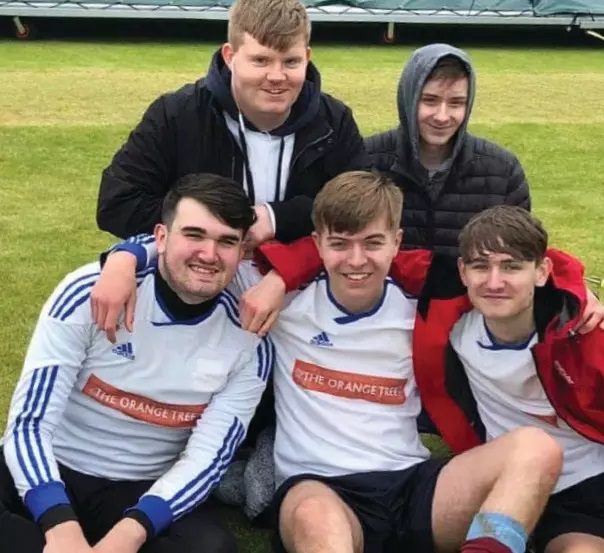 Friendships are important to me. 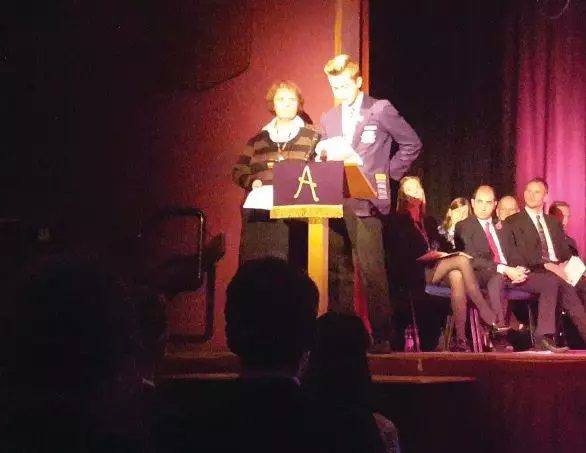 Reading my poem, ‘I am the Boy’, to an audience at my secondary school. This made me feel very nervous due to the anxiety I have surrounding my speech 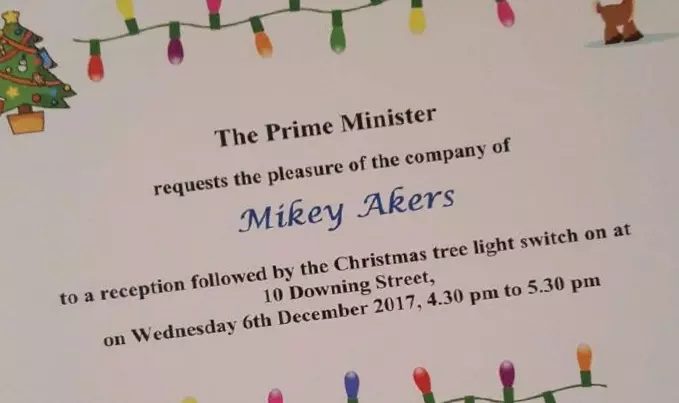 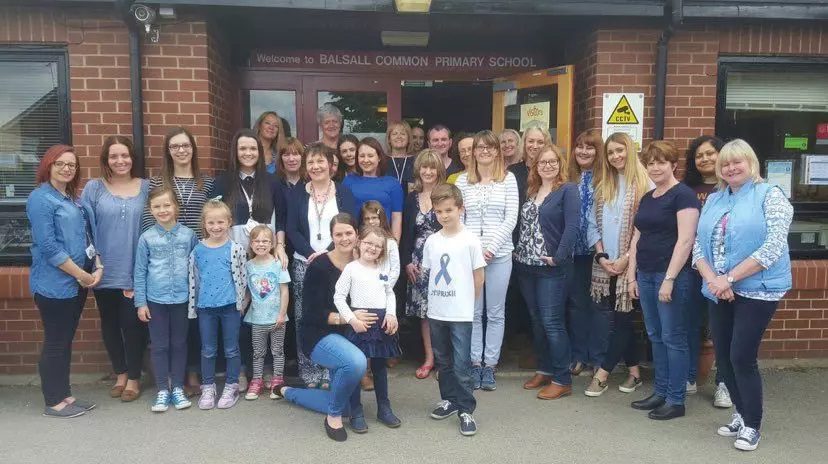 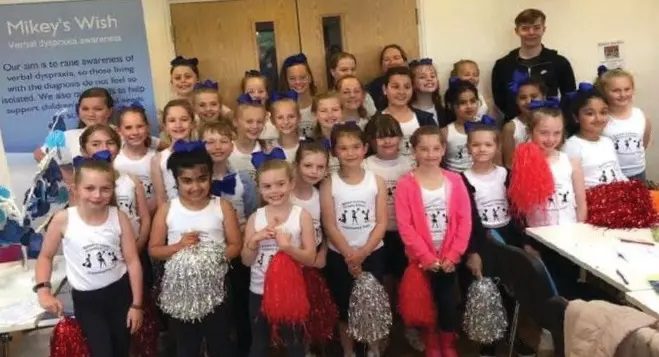 With cheerleaders at my family fun day, raising awareness of verbal dyspraxia (apraxia) 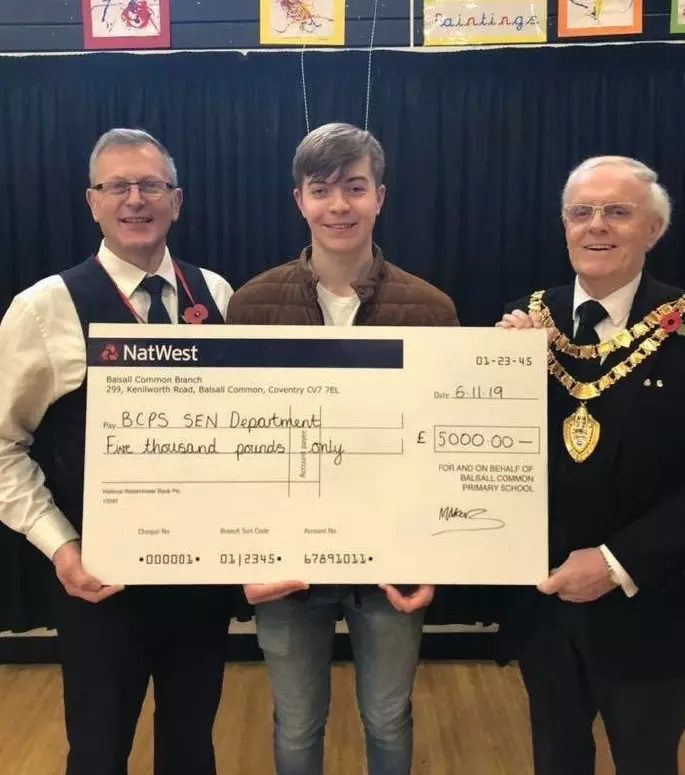 Presenting a cheque to Balsall Common Primary School SEN department with the Mayor of Solihull and the headteacher, Mr Burgess, November 2019 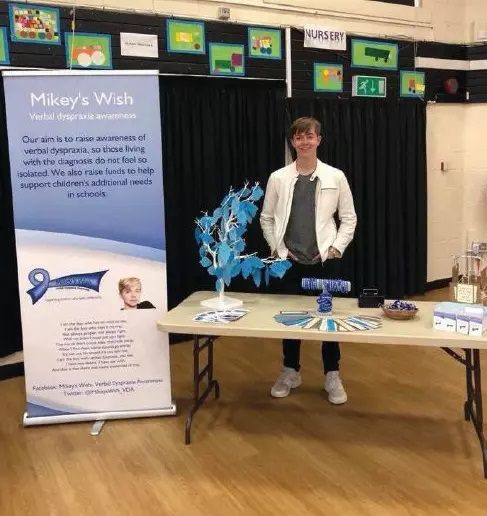 My awareness stand at a Quiz Night. 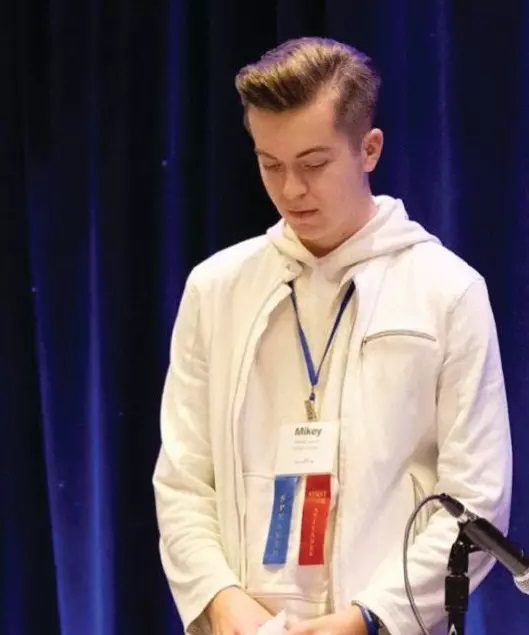 Speaking to a room of 500 people at the Apraxia Kids Conference 2019, Pittsburgh. This was the biggest group of people I have ever spoken in front of and my anxiety was at an all-time high. The feeling of achievement afterwards made my confidence grow. 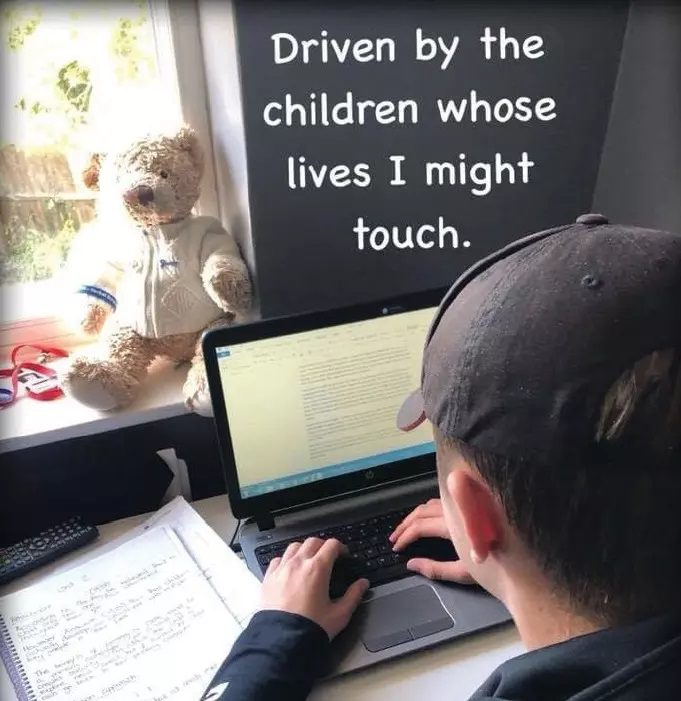