The news and social media regularly publish stories depicting parents, educators, and others who are responsible for children with special needs, resorting to punitive approaches to address the children’s problem behavior. Recently, we have seen video and heard about children being dragged or yanked; locked in rooms; deprived of food, comfort, and other necessities; and even struck by the people who are supposed to be their caregivers.

Some people embrace the view “spare the rod, spoil the child”, stating that punishment is necessary for effective discipline. It is estimated that over 70 percent of parents spank their children and that 17% of children experience corporal punishment in schools. Punishment is commonplace, but is it necessary and beneficial?

Punishment can be grouped into two categories: things we do to children and things we withhold or take away. The things we do can include spanking or other forms of physical punishment, as well as yelling and threatening. The things we take away may include the ability to go places and do things children enjoy.

Punishing children for misbehavior often results in an immediate decrease in their problem behavior, which can offer relief for parents. It also can have some negative side effects, which are well-supported in the research. Here are some of the concerns: 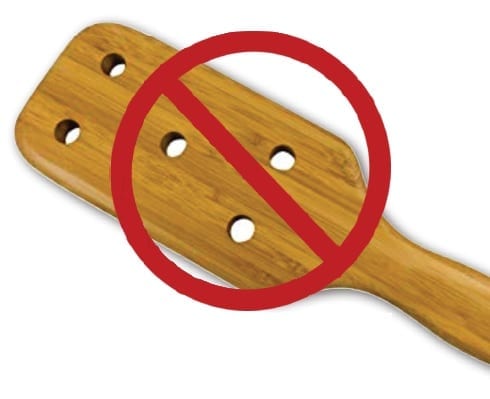 As a result of these facts, the American Academy has come out with a strong statement against physical and other severe forms of punishment. So, what do we do when children misbehave?