The Folly of Fitness Focus a User’s Guide

Alright, so this being the health issue should make my contribution easy, right? Then there’s the specificity of why fitness is important for health, or what health actually means, or what fitness actually means. When we hear or read “fitness” and “heath” we may have an idea, maybe an image, perhaps some stock photo of neon-clad folks running and a basket of red peppers. But what is fitness with respect to health and how do we apply it to daily life, particularly for the autism and special needs population? Enter the efficiency and digestibility of lists! Go. 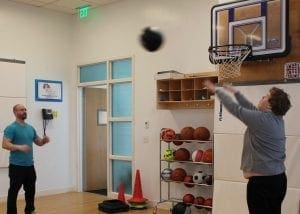 The Hierarchy of Fitness Needs

Fitness is our ability to perform a physical activity safely effectively, with energy left over to spare. Among the autism population the most common deficits I address are those of strength, stability and motor planning, so it would follow (logic and whatnot) that these should be the primary focus for physical fitness programs? Want to incorporate yoga (whatever that means because there are many variations and implementation)? G’head. They love swimming? Add it in. But optimizing strength and stability for general ability, meaning life skills, is going to come from performing strength-based activities.

Most of my athletes, at least initially, have difficulty with low body and upper body strength, and stability during movement. So that’s what we work on. A lot. Anything else would be spending 8 hours making sure those little doilies on the turkey legs are straight but ignoring the fact that you have a 22lb chunk of poultry to cook. Doilies are dandy but they’re not making that bird any more edible. My athletes perform squats, overhead presses, band pulls and pulling variations, and weighted carries because these are the activities that will make them strong. And since we focus on strength first, this becomes the focal point of programming.

Rule 1: Strength Exercises Above All Others

Stability comes second, and is enhanced through strength activities. Stability is out ability to hold a position with postural integrity, meaning no shaky movement. I observe a lot of gait pattern issues with the ASD population. Difficulty walking and some interesting shifts or leans to get from point A to point B. Greater trunk stability (midline of the body) can help to erase some of these movement issues and provide the basis for doing more challenging activities.

There is a tendency to try and create balance with environmental instability, those balance beams and wobble boards, thinking that this will build a more “stable core.” It’s one of those concepts that seems correct and has been proven otherwise but just won’t go away because it seems so right. If our athletes have difficulty performing Task A (walking without physical compensation) training them at Task Y (Balancing in a wobble board) is not going to develop the response we want. It invites more compensation. I don’t care if the wobble board has space ships and aliens on it, even though that’s pretty cool. 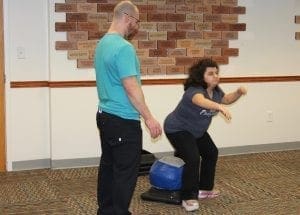 So where does this stability come from? “Maybe there’s some in this truck!” (Simpson’s reference: https://www.youtube.com/watch?v=liiVX55tJ7E ) First we need rooting. Rooting, simplified, is the feet staying in position on the floor when they need to stay in position on the floor. My go-to’s for developing baseline stability are hurdle steps and medicine ball throws.

Have your athlete stand in a colored circle or on two spot markers. Take a 2lb. Dynamax medicine ball and have them perform a push throw from the chest. They should be able to do several throws without the feet coming up or moving forward, but this is not often the case. Rather than giving the athlete more instability, we want them to develop rooting ability in place first. The medicine ball throws provide a dynamic activity for the upper body, while the trunk and lower body are stabilizing.

Eric Chessen,M.S., YCS, is an Exercise Physiologist and the Founder of Autism Fitness. Developing fitness programs based in ABA methods and a best practices approach to applied exercise science, Eric has implemented exercise programs into homes and educational programs across the U.S. He writes for numerous autism publications and lectures worldwide. He is the creator of the Beyond Boundaries DVD series and the AutFit E-Book. For videos, products, services, and seminar information, visit www.AUTISMFITNESS.com Sign up for the AutFit E-newsletter at www.ERICCHESSEN.com and get a FREE copy of "The Top 8 Exercises for Autism Fitness" 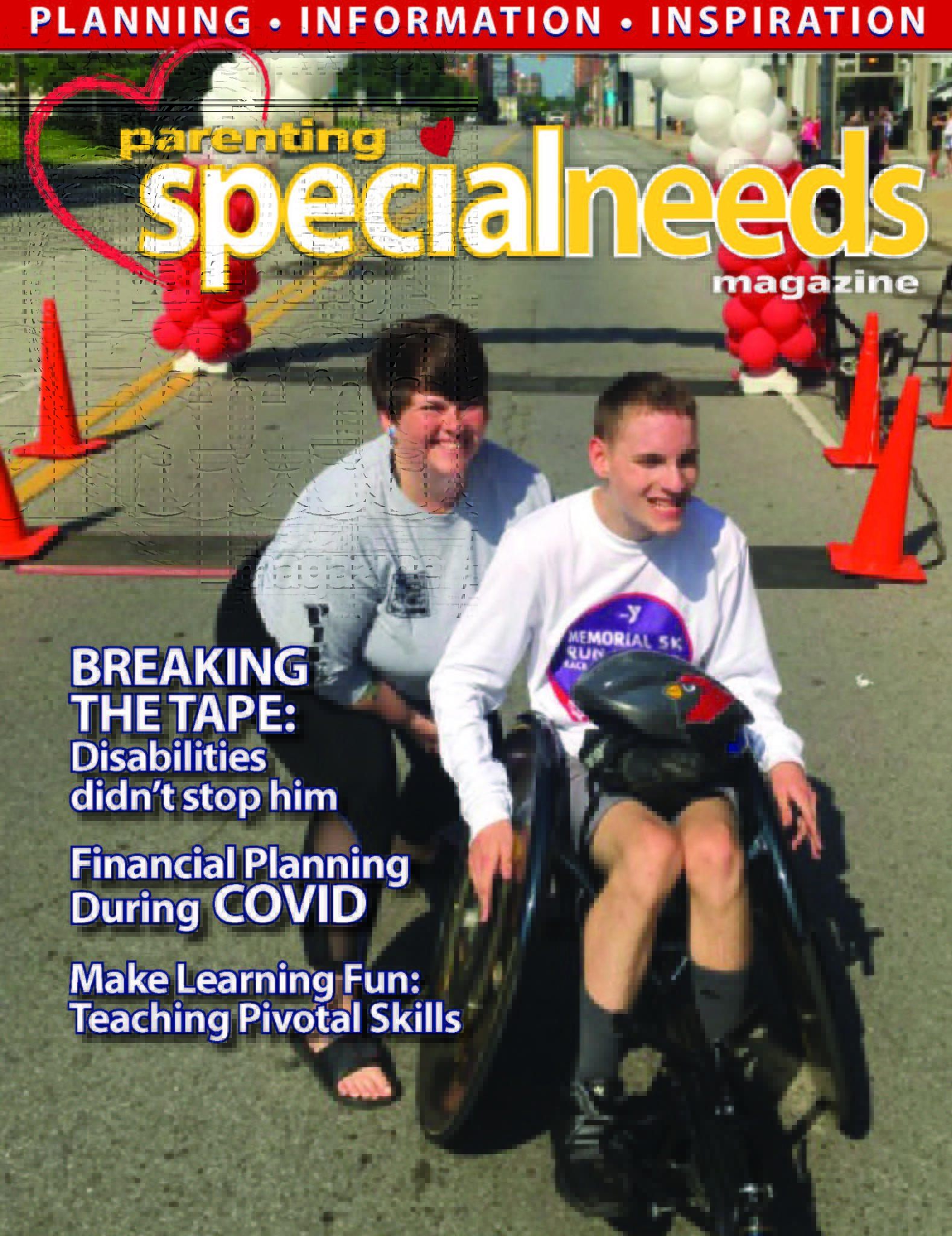