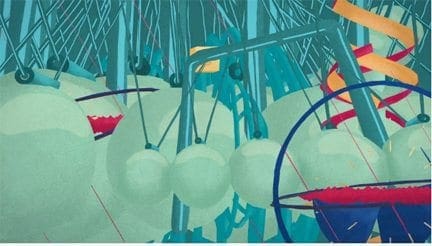 ‘Listen’ is a film that seeks to interpret life through the eyes of a non-verbal autistic child. It was created, directed and produced by Marisabel Fernandez and Alexander Bernard as their senior thesis film for Ringling College of Art and Design. It has been awarded the Grand Prize in the 2014 Adobe Design Achievement Awards. Interestingly, neither Mariable nor Alexander have a direct connection to autism or the autism community.

Marisabel provided the following quote: “As we researched deeper into autism, we began to uncover the incredible world that it is. The level to which those with this condition have become completely alienated from society, not only socially but even something as essential as health care, has been an ongoing battle for the autism community”. Marisabel Fernandez continued, “we realized the ignorance we, ourselves, had towards a topic as important as this one.  We felt we needed to share this story with as many as we could, to not only inform society of what these people have to go through, but also to create more tolerance and understanding.”

‘Listen’ won in a field of more than 4,400 submissions from 70 countries and 1,500 universities and colleges.

Let us know what you think?

Read a full interview with Marisabel Fernandez and Alexander Bernard

We look forward to hearing your thoughts about this film?