What is Williams Syndrome?

What is Williams Syndrome?

Williams Syndrome (WS) is a genetic disorder caused by a deletion of a small segment of the long arm of chromosome 7. This region includes the elastin gene. It occurs in approximately 1 in 8000 births. Williams Syndrome is characterized by mild to moderate mental retardation, a distinctive facial appearance, and a unique personality that combines over-friendliness and high levels of empathy with anxiety. Williams Syndrome can affect every system in the body. Medical problems may include cardiovascular disease caused by narrowed arteries, elevated blood pressure, kidney problems, gastrointestinal issues, limited joint mobility, chronic ear infections, thyroid issues and optical issues.

Attention Deficit Disorder is extremely common in Williams Syndrome and often requires medication. All individuals with Williams Syndrome have learning disabilities. WS is also associated with a characteristic cognitive profile of mental strengths and weaknesses composed of strengths in verbal short-term memory and language, combined with severe weakness in visuospatial construction. The average IQ is in the mildly, mentally retarded range, however, some individuals have a more severe impairment and there are few who have normal intelligence.

How is Williams Syndrome Diagnosed?

Williams Syndrome can be detected by a blood test, fluorescent in situ hybridization (FISH) or targeted mutation analysis. 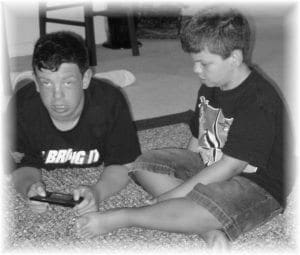 Many anomalies have been reported in people with Williams Syndrome, but, expression of the syndrome is highly variable from person to person. Also, some anomalies are readily apparent and may be recognized at birth while others are subtle and may go unnoticed until much later. Still, others are developmental and do not even exist until later on, such as learning disabilities. This explains why a diagnosis of WS is sometimes made during the first few days of life, and other times, not until much later. Also, there is great variability in the severity with which characteristics may appear and in the degree to which they cause difficulty.