PBS Kids Focus Is on Content Accessibility for All

PBS KIDS is working to make it’s content accessible for all children.

Did you know there are nearly 2,000,000 US children under the age of five with a disability? How they need to access (or consume) media has not been considered nearly enough.

Today is Global Accessibility Day which was started by John Devron, a Los Angeles-based technologist. He challenged all web developers across the globe to set aside one day of the year to raise awareness and know-how about creating digital content and making sites more accessible.

PBS Kids accepted the challenge and has been working to make its content more accessible for all children.

Sara Dewitt, V.P. PBS KIDS Digital, shared the following with us: PBS KIDS’ mission is rooted in providing learning opportunities to all children. From turning on the TV to playing a game, considering kids’ varying levels of cognitive and physical abilities is a priority design consideration for us as we aim to support all children. 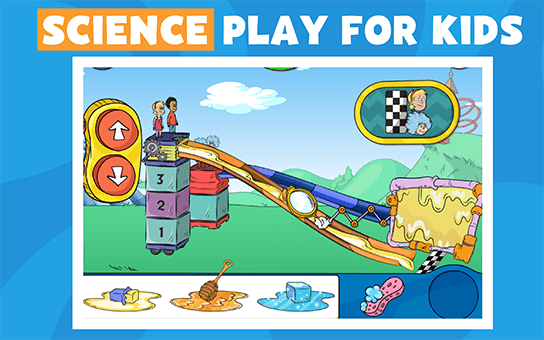 The Cat in the Hat Builds That App

For digital content like games, we require our producers to evaluate elements of the user interface (UI) for accessibility. UI elements in PBS KIDS websites include metadata for screen readers to provide auditory descriptions of onscreen navigation, text-to-speech elements, and optimized text-to-background color contrast to ensure that text is easy to read. We are always learning and educating ourselves internally on best practices and sharing those practices with our community of game developers and producers. 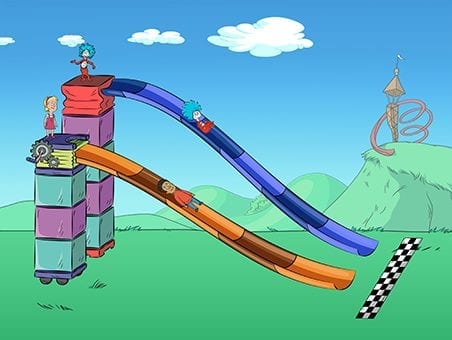 The Cat in the Hat Builds That App

We also offer apps that support Dual Language Learners with Spanish Translations. Some of these apps include Play & Learn Science, Play & Learn Engineering and THE CAT IN THE HAT KNOWS A LOT ABOUT THAT The Cat in the Hat Builds That. 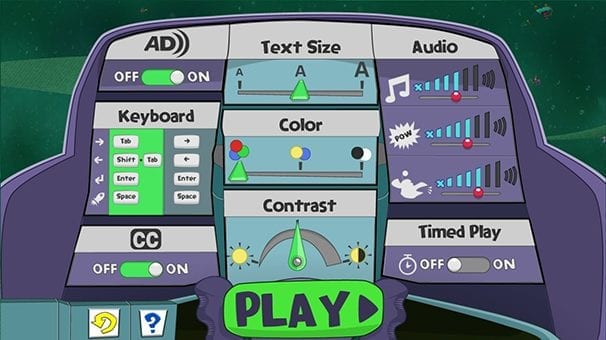 The accessibility options are embedded into each program, platform (like the PBS KIDS Video app) and game, as outlined above. We make these features with the hope that they will be intuitive for the users which will include parents, educators, and, most importantly, kids.

We also conduct playtesting to gather feedback from both adults and kids to improve features, including the design and how our audience can find them. 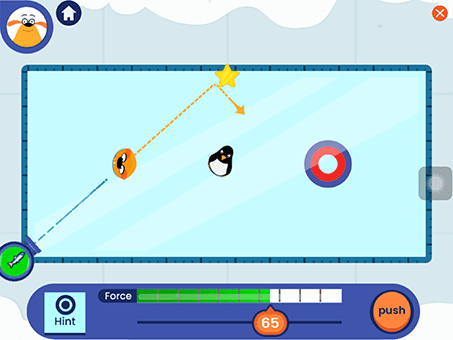 According to Dawn Ciccone, VP of Brand Licensing at PBS, PBS KIDS has partnered with Zappos Adaptive since 2018 with a line of gender-neutral, two-way reversible, adaptive apparel with kid-friendly designs that promote independence for all children. 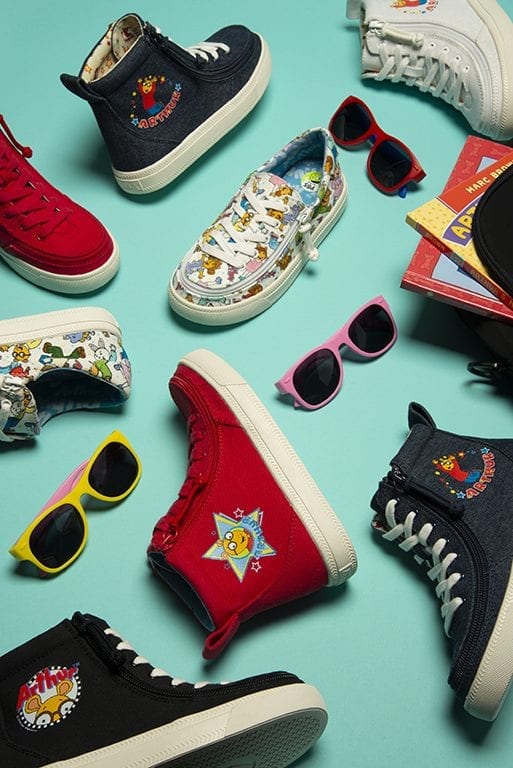 More recently, Zappos Adaptive, Billy Footwear, and RoShamBo Eyewear, in partnership with PBS KIDS, teamed up to release more than 12 exclusive styles of footwear and sunglasses featuring fan-favorite characters from the popular series, Arthur. The adaptive shoes feature an elongated zipper allowing the top part of the shoe to open like a book so that the wearer can slip it on and off with ease. The sunglasses from RoShamBo Eyewear, are unbreakable and made of soft, safe materials that help to foster inclusivity by offering functional and fashionable products to children of varying abilities.