by Review by Robin Dodds, MFA

I do not own a cell phone. I prefer to tackle long division, and look in the newspaper to find where a movie is playing. I let my husband do my typing; in fact, he’s typing this right now. I’ve always been a bit techno-phobic, suspicious of what is new. This is not an uncommon fear among teachers; we’ve been burned so many times by the New Paradigm, the New Matrix, the New Acronym. We prefer pick and shovel work, because we know where the assistant principal keeps the shovels. (Next to the picks.) 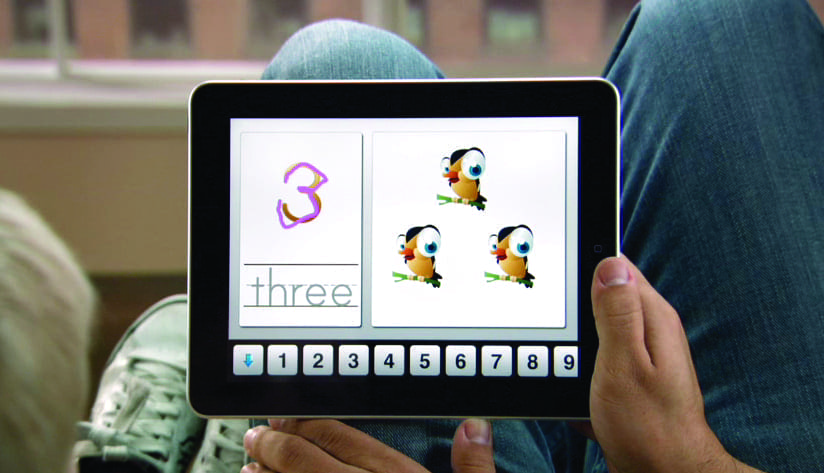 Interactive Learning for letters, numbers and colors, plus lots more!

Not surprisingly, I had difficulty trusting the raves Special Needs sites had been giving the Apple iPad. I could not imagine a little rectangular screen could engage my students, and motivate them to communicate, or work on cognitive and fine motor skills more effectively than peer models or an enthusiastic and skilled educator. Sometimes old dogs can learn New tricks, as I have been converted by this amazing device. In my classroom, we utilize the iPad (shared between three classrooms) in several modes: as a tool to show video models for target behaviors, as a communication device, as an educational gaming system, and as a highly motivating and rewarding reinforcement.

Video modeling a technique (such as building a block tower) systematically demonstrates target behavior, concentrating on the area of action. In this example, the video would focus only on hand manipulations and the blocks. The iPad’s size and portability is an excellent way to show these models. The device can be brought directly to the student, at their eye level, in their natural environment. As an example, after watching a video modeling sequence, one of my students put a Mr. Potato Head together for the first time. He viewed the iPad video made by the Early Childhood Education Center (ECEC) half a dozen times in succession. When he looked up and recognized the materials next to him, he scanned for corresponding features, chose them correctly, and put them into place independently. What’s more, this is a child who chronically tosses items over his head onto the floor when presented with a play task. He would concentrate on specific parts of toys, such as spinning a wheel, rather than accessing classroom items functionally. Now, does he now know why we play with a Mr. Potato Head? I can’t say, but when he sees one, he knows what to do with it, and the completion of this task brings him joy. 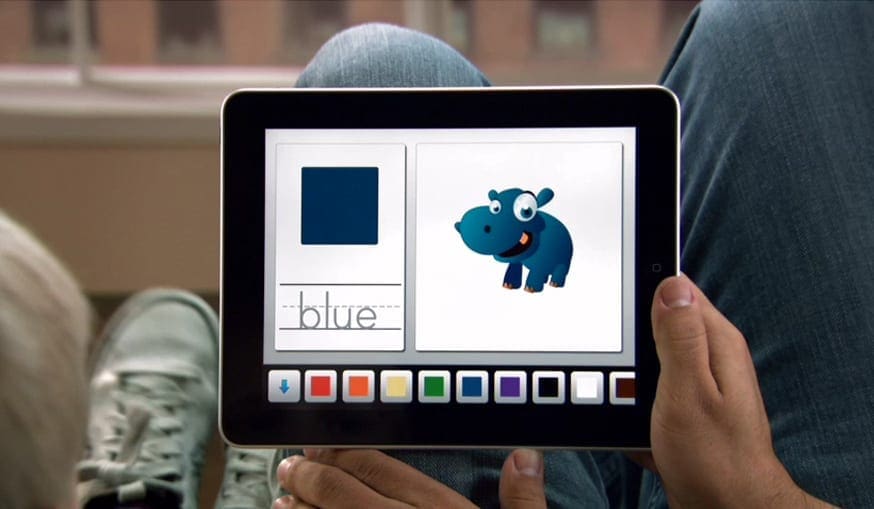 Communication applications abound for the iPad and iTouch, of varying levels of quality and cost. ECEC has purchased the app Proloquo To Go for its iPad at the Albany location. The application allows teachers and speech therapists to design pages for communication in the classroom, organized by folders for different activities and different students. With the use of this application, the iPad becomes a sophisticated augmentative communication device, easily accessed by many students or by a single individual. The simpler push-button voice-output devices utilized for years by students to make requests or comments are much cheaper, but are time-consuming to program or create picture symbol overlays, and can be frustrating to students when batteries fail or buttons stick. In my classroom, we have created pages and boards on the iPad for work stations, circle-time and song choice making. Comparable communication devices cost thousands of dollars, and can only be used for communication. The iPad can do so much more.

Memory games, matching games, cause and effect games, as well as painting programs, can all be employed for convenient use on the iPad. These vibrant, motivating activities help teach turn-taking and elicit student communication. Using the computer has always focused student attention with bright visuals and music. However, accessing a mouse is often difficult for many preschool students, and hitting a switch fails to offer the same cause-and-effect message as does a touch screen. The iPad apps are easily accessed, and there are no confounding scroll-down menus. Functionally nonverbal students who may have difficulty processing one-step directions will find these cause-and-effect games simple.  When the iPad is the right hands with the right guidance, we should never underestimate what a child can do! Just this week, two students without verbal communication played a memory game together on the iPad given no verbal directions or models. They spontaneously used words to say “turn” given wait-time and no cues. 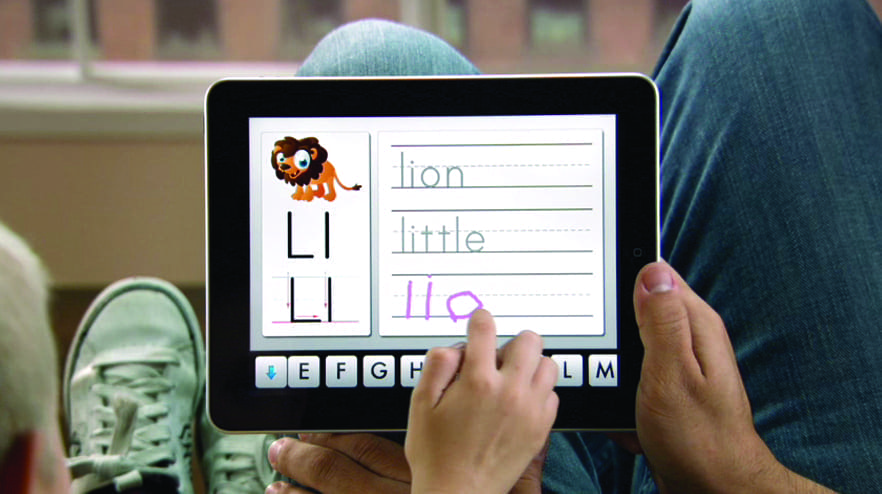 The iPad makes itself useful in the therapy room as well. Motor memory, fine motor, and gross motor tasks are addressed using the colorful or musical programs as motivation. This strategy encourages children to perform less desired (but needed) therapeutic activities. Introductory prewriting activities (e.g. coloring pages, matching shapes, memory games, and letter tracing) practiced on the iPad screen can be transferred to manipulation with real tools in the home or classroom. Many apps first developed for iPod Touch and iPhone can translate directly to the larger iPad screen, meaning larger icons and even more accessibility for people with motor impairments.

Using an iPad or iTouch as a communication device helps students develop social skills. Because of these devices’ multiple-use capabilities, peers will engage with the child who uses it, increasing opportunities for interactions. A child could ask a peer to play, and then switch screens to a motorcycle racing application. The child is seen for his admirable qualities, like his skill at Boggle, rather than for his special needs.

Imagine having a personal gaming system, all of a child’s favorite videos, a top-rate communication system, a learning activity console, and more at your fingertips wherever he goes. Waiting at the dentist’s office? Download a video modeling from YouTube to assuage fears, watch Toy Story as a distraction at the supermarket, ask for orange juice, say thank you, read a favorite bedtime story, or put on your white noise app. Then time to hit the docking station, and recharge.