From One Father to Another, Happy Father’s Day

Three simple words: So simple, in fact, that to most dads (of course, not all) the significance of the card is probably scanned over and put on a “mental shelf” somewhere. I saw it with my Father….I see it with a lot of my friends who are fathers to normally adapting kids as well. Let’s face it, guys aren’t supposed to be “mushy” or “sentimental”. I’m not saying we aren’t sensitive, or sentimental, but rather that we aren’t supposed to show it outwardly or openly. At least that was what a lot of my generation (end of the Baby-Boomer era) was taught. But, a lot of my friends who are fathers take for granted some of the most basic of things as simply “a given”: learning to read, write, express emotions in writing, stream together some words on a card. To them these things happen when they’re not even looking; their child goes to school and “poof”, one day their child starts writing simple cards on folded manilla paper. Simple, right? Doesn’t everyone’s kids do this… 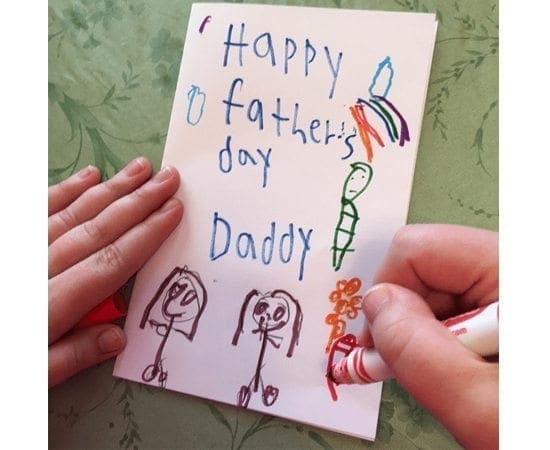 This is not the case in my life. This is not the case in a lot of men’s lives. For me, each Father’s Day is a reminder of primarily two things: how far we’ve come and how far we have yet to go. Don’t get me wrong, we have come a long way, but that, in and of itself, doesn’t prevent me from wanting/wishing/hoping that things will continue to get better and better for my child. I can’t say “hey…….we’re good, we don’t need to make any more improvements here……let’s take it easy for the rest of our lives”. Truth be told, can any parent ever say that? We innately want our children to do well, to reach their potential and to be happy. The journey, simply put, for us takes longer, will probably have more twists and turns, might be filled with a touch more heartbreak and heartache and may not have a clear destination in sight. That doesn’t mean that I don’t still long for “normalcy”……it just means that “normalcy” for me has taken on a different meaning.

I am the proud father to two remarkable daughters. One will have a “typical” path as most parents of non-special needs children might envision (marriage, kids, career, total independence, etc…) while the other will have a different, yet still directed and guided, path. As a father and as a man, I can’t help but notice the differences. These differences DO NOT mean that one will have a better, or more fulfilled life, than the other, but rather that they will be different and I notice these differences.

So, when Father’s Day comes around this year, and I get the store bought card from one daughter with the beautiful expressions of love for “Daddy”, and I get the hand-written card from my other daughter that spells out H-A-P-P-Y  F-A-T-H-E-R-‘S  D-A-Y  D-A-D-D-Y,  L-O-V-E  K-A-I-L-E-E, you can bet that inside, deep down, I will be crying tears of joy for very different reasons when I read each one. Three simple words, perhaps… but Shakespeare, himself, could not have written it better.