We have come a long way

Once home, however, it became very clear that something had to be done about Michael’s weight. When Michael was in Kentucky, he got to eat as much and as often as he could, literally, find food. It seemed that his main focus had become food and the computer. His parents didn’t monitor his daily actions and his diet. They were, simply, very sick and incapable of helping. When asked to explain the diet issue, Robin, matter of factly, said, “It took me a while to get him to lose weight, but he did it, and he’s been maintaining. He’s kind of edging up a little bit now, but nothing like he was. He’s lost over a hundred pounds, and he’s probably kept about seventy-five of that off, so he’s still doing well. Food and computer time are still what occupies his time the most, and when anything interferes with that, he gets frustrated, so he’s frustrated with me a lot, because I have to watch what he eats, because he’ll gain it back. He has come a long way, BUT, even at his age now (42), it takes more than one person to assist with the day-to-day issues…and there have been some ‘doosies’. Michael can ride the local transportation system here in Florida (the GoLine) and I have come to know his route driver. The driver noticed that Michael was looking through the trash at one of his stops along the route. It turned out that Michael, being a very literal and trusting person, was looking for a drink cup that a passenger discarded… thinking that he would simply drink what was left. So, thankfully, I have eyes and ears out in the real world. He was not social before, and now he’s a little bit ‘too social’. Since he’s been here, he’s also become involved in Special Olympics, bowling, track and golf. I am trying to keep him involved and out there being active because, theoretically, he’s going to outlive me, and my goal is to get him to be able to live on his own or with some type of light supervision, and we’re just not there yet.”

I know I need to get the Guardianship done… 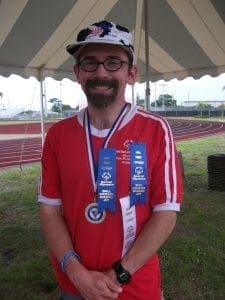 Once settled back in Florida, it became so time consuming to schedule doctor’s appointments, talk with government agencies, get medications set up and on a schedule, etc…that Robin had to make drastic changes which included even changing careers so that her time could be more flexible. Let’s face it, most employers would only be so patient with all of the time off needed to care for everyone. IN ADDITION to caring for her “new family”, she had her own family, which included three children ages 5, 8, and 18, and a husband. Robin also realized something needed to be done concerning his future. When asked about her desire to put some legal direction in place, Robin explained it this way, “I had tried for many years to speak to my parents (Dad in particular) about Michael and I was always told, basically, the most common lines: it’s none of your business, we have it handled, don’t worry about it. Well, it wasn’t handled and it needs to be handled and I am worrying about it now. I still haven’t done the guardianship yet. I know I have to do it, because technically, Michael could just say, “I want to go out on my own.” Now, he would never do that, because he doesn’t know enough to do it, but someone who wasn’t honest and on the ‘up and up’ could say, “Hey, Michael, your sister, you don’t have to live with her. You can come live with me,” and I don’t want that to happen, so I do know I have to finish the guardianship. Even when I go to the doctor’s office they all know me and they know the situation. They could tell right away that there were issues. With my mom, for example, I had power of attorney, but, with Michael, I simply go in and I say I’m his sister and they let me speak for Michael. Again, I know I do need to get the guardianship done. It’s not that I feel it’s not important, it’s time consuming, expensive to do, and then after that, you have requirements that you have to do for the state (an annual audit of all his belongings, for instance). I had temporary guardianship at first, and I just didn’t go and do the full, because it’s a lot of work and just with everything else I have on my plate, well, it’s just right now things are good, and Michael listens to me, and the doctors let me speak for him. Michael’s always in the room and they say, “Do you mind if we tell your sister,” and he says, “Yes, you can talk to her” and they give 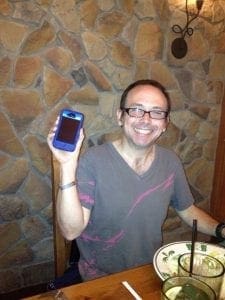 me the information. I can only do so much and I am pulled in many different directions on a daily basis.”

Robin feels that it does take a very concerted effort, a good network of people, a strong Faith, strong family and pain, old-fashioned “stick to it-ive-ness”. Comically she explains, “We have our moments and my husband and I think sometimes we need to be committed, but we work together and we have our faith. We rely heavily on our faith. It takes a community, so my neighbors help. My in-laws help. My church, they all know. Sometimes we wonder how we get through, and other times we’re like, “Okay. We’ve got this.” At the end of the day, when asked what her closing thoughts are and how she gets through the never ending challenges, she simply says, “No problem that can’t be solved, it does take a village and that’s how I stay sane is by sharing with my villagers! And when all is said and done, we are all in this together because that’s what family is all about each other.” 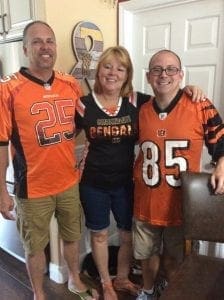