The Gut-Brain Connection and Children with Special Needs

The gut-brain connection may have a direct impact on children with special needs. Deep in the walls of the digestive system is the body’s “second brain”. This enteric nervous system (ENS) consists of over 100 million nerve cells that line the entire gastrointestinal tract from the esophagus to the rectum in two thin layers – more than in the spinal cord.

Although the ENS does not control thought and mental functions, it does communicate with the brain in ways that may trigger mood changes. This is important news for parents dealing with children who have special needs that may affect emotional stability and well-being.

Just as the brain can signal the stomach to release digestive juices, sometimes merely by thinking about food, the gut can send messages to the brain. That is why stress and emotional upset have a profound impact on gastrointestinal issues. A distressed gut cannot heal under duress.

The gut is home to 70% of the immune cells in the body and 95% of the serotonin. Leaky gut syndrome occurs when junctions located in the digestive tract widen and leak toxins into the bloodstream.

In some instances, congenital defects, abnormalities, in utero issues, and exposures can have an effect on the development of the ENS. A 2014 publication – “Gut microbiota, the immune system, and diet influence the neonatal gut–brain axis” offers more information about this topic, and can be found through a link at the end of this report.

Children, Pain, and the GI Tract

That “pain in the stomach” may rightly be “all in the head.” Individuals dealing with functional GI disorders often experience pain differently than others. Because their brains regulate pain signals coming from the GI tract more acutely, perceived pain may seem more severe.

As a child becomes upset, his or her stress level rises causing certain movements and contraction in the GI tract that can increase inflammation. We already know that inflammation is the root of many diseases, including autoimmune disorders. The signals of pain going to the brain increase further as a response of this inflammatory action, fueling the stress and other emotional responses. 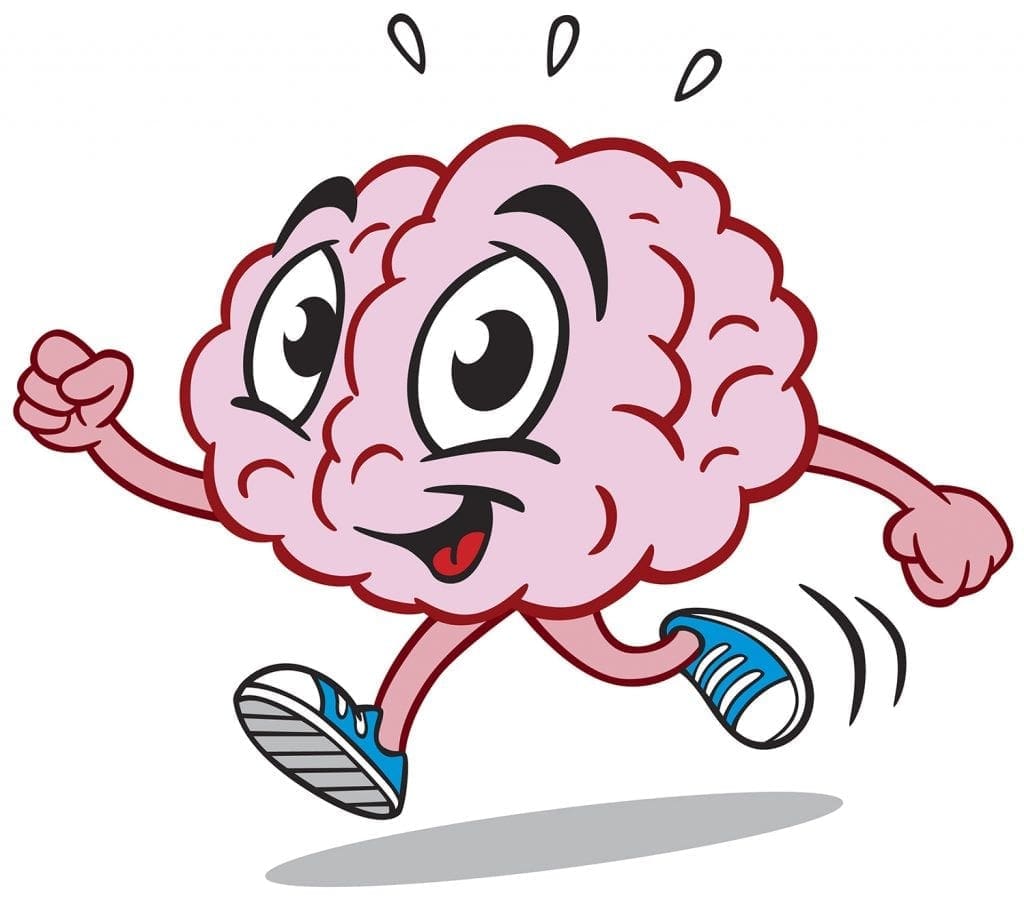 Here are some symptoms to watch for in your child that may be a sign of distress along the gut/brain connection:

The Gut Microbiome and its Connection to Autism, ADHD, and More

A broad spectrum of medical issues and disorders may be affected by the gut microbiome. We will focus on some current information as an example of this here. Scientific research has uncovered a link between GI issues and autism in some people. Autistic people often have gluten intolerance or other food allergies. In 2013, a study in mice showed that a certain type of bacteria given to those with similar behavioral characteristics to autism created less anxiety and increased socialization with other mice.

In his article “Autism: Metabolism, Mitochondria, and the Microbiome” published in Global Advances in Health and Medicine in 2013, Derrick MacFabe, MD discusses how individuals with autism spectrum disorder (ASD) may have a higher incidence of prior antibiotic exposure, GI symptoms, abnormal food cravings, and unique intestinal bacterial populations that may relate to symptom severity. In this report, Dr. MacFabe discusses how propionic acid affects the GI tract and how some antibiotics that kill GI tract bacteria can lead to positive communication changes in some children. A link to this article in its entirety is at the end of this report.

Because of the high rate of GI problems in children with ASD, more research into gut microbes is being conducted than ever before. Additional information can be found in a report about The Microbiome in Autism Spectrum Disorder, also below.

The gut microbiome is home to over 1,000 species of bacteria, and we need a healthy and diverse combination of both good and bad bugs in the gut. When that balance is out of alignment, symptoms of ADHD, ADD, as well as many chronic diseases can worsen. One study of 743,939 children showed that those with ADHD had a threefold higher prevalence of constipation than those without ADHD, as well as increased visits to the doctor with GI issues.

It may be beneficial to research any medical conditions along with the gut-brain connection to see how your child may be affected by an improper ratio of good to bad gut bacteria.

In a small study that tracked two children – siblings: one a special needs child and the other neurotypical – the results were distinctly different. This short-term study, meant as a prelude to a larger study, tracked these children for two weeks to see how microorganisms in the gut affected mood and behavior.

Not only did the special needs child exhibit low levels of good bacteria, but there were also strains of other forms of bacteria previously noted in other special needs children. The biggest surprise came during two periods of behavioral issues (including self-harm). During these times, a strain of bacteria called Haemophilus parainfluenza was present. This pathogen typically leads to coughing and sneezing in the respiratory system, rather than in the gut. More information from this report “New Study Hints at Connection Between Microbiome and Behavior” can be found via the link below. 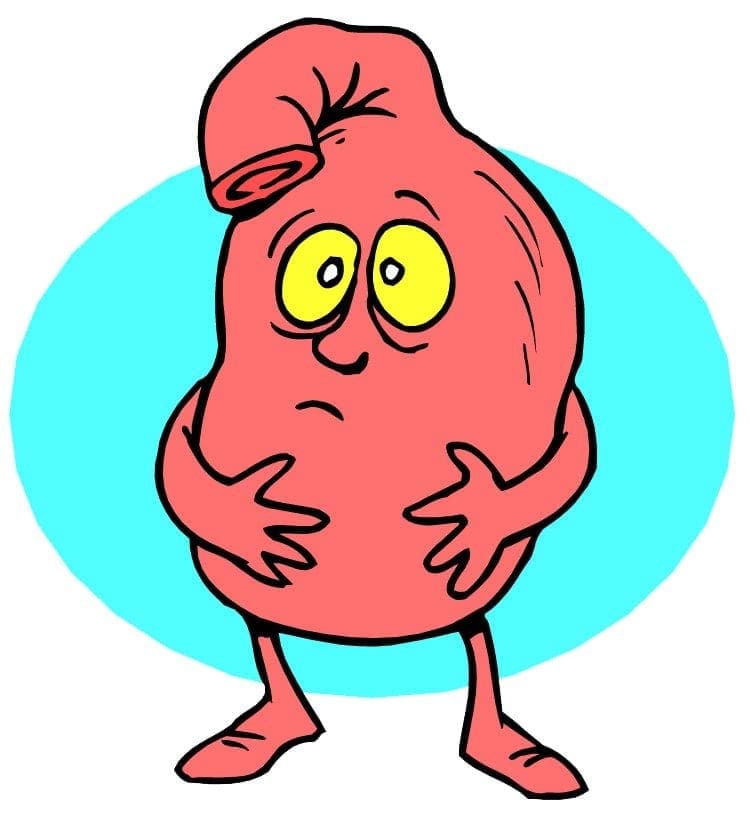 Candida Yeast and the Gut

Increased antibiotic or steroid use in children with ADD and ADHD, as well as ASD and other health issues, often leads to a disruption in gut flora. As a result, candida yeast can grow to out of control levels. Signs of candida yeast include:

Learn more about natural antifungals, as well as natural ways to improve the gut-brain connection in our article “Natural Remedies for the Gut- Brain Connection” in this issue.

Sugar and fructose feed candida yeast, throw off the balance of blood glucose and insulin (crucial for brain functions), and worsen behavior. The gut’s bad microbes feed on sweets, so if yeast overgrowth is a problem, eliminating sugar will help.

Does Method of Birth Affect the Gut-Brain Connection?

A study of more than 2.7 million children in Sweden led to a discovery of a 20 percent higher risk of autism for those born by cesarean section. That does not mean that a C-section is the cause of autism, ADD, ADHD, or other issues. What it does mean is that a baby who does not go through the birth canal does not receive the benefit of vaginal secretions from the mother at the time of birth. One couple actually “painted” their baby at birth with vaginal secretions to overcome this obstacle.

Just as we examine diets, antibiotic and other drug use, and our sterile society in comparison to other countries that may not have the advancements as we do in the US, we also look at the incidence of C-sections as compared to natural births as a potential for increased incidence of certain issues.

This does not always mean that a vaginal birth can protect by providing good flora. The exposure to toxic chemicals, antibiotics, drugs, and other substances since World War II has affected gut flora in both parents that could be passed on to the baby. We know the importance now of protecting gut flora, and steps can be taken at any point in life to make beneficial changes.

This report brings to light the importance of looking at the gut-brain connection in everyone – young and old, special needs and healthy.

“Autism: Metabolism, Mitochondria, and the Microbiome” published in Global Advances in Health and Medicine in 2013, by Derrick MacFabe, MD

The Microbiome in Autism Spectrum Disorder

“Gut Bacteria in Children with Autism Spectrum Disorders: Challenges and Promise of Studying How a Complex Community Influences a Complex Disease

DISCLAMIER: THE INFORMATION CONTAINED ON THIS PAGE IS NOT INTENDED TO PROVIDE OR REPLACE MEDICAL ADVICE, OR TO PROMOTE, IN ANY MANNER, ANY OF THE MEDICINES/ DRUGS. FOR DIAGNOSING A HEALTH PROBLEM OR DISEASE, PLEASE CONSULT YOUR DOCTOR OR MEDICAL ADVISER ABOUT MEDICAL DIAGNOSIS FOR PATIENT-SPECIFIC ADVICE.